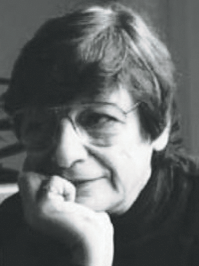 The boycott is a part of the Boycott, Divestment and Sanctions Movement, which aims to aid Palestinian civil society by increasing economic and political pressure on Israel. The academic petition came as a response to recent turmoil regarding the Israeli military occupation of the Gaza Strip and West Bank.

Columbia University, New York University and the University of California at Berkeley follow Georgetown in representation, with 11, nine and nine signatures, respectively.

Haddad said she signed the petition in order to expand universal academic freedom and push for peace in the region.

“I signed it because the war was promoted as Israel defending itself when in fact it was defending the longest occupation and degradation of the Palestinian population. I signed it in the hope that it would bring pressure on Israeli institutions in order to provide space for academic freedom for Israeli and Palestinian academics who are not allowed to deviate from the hasbara [public diplomacy] of the state,” Haddad wrote in an email. “[The petition]  aimed to endorse the few Israelis and the growing number of Jewish American voices that have called for a peaceful resolution of the conflict and the respect for the human rights of Palestinians whose academic institutions are raided by the Israeli military and whose classes are suspended at the whim of the occupation authorities.”

Esposito said he believed the boycott could help prevent violations of Palestinian rights.

“[I hope] to put pressure on and to boycott institutions that violate international law and as a result violate the rights of Palestinians,” Esposito wrote in an email. “There can be no excuse for the cycle of violence that has taken so many lives in Palestine/Israel over the years, and terrorized both Palestinians and Israelis, and most recently in Gaza, the slaughter of so many innocent civilians, especially women and children must be stopped.”

Tucker, who has visited the area many times since the 1980s, said she has seen the problems that Palestinian students and professors face firsthand.

“I’ve seen the situation on the ground, particularly from the vantage point of colleagues, Palestinian academics, who really have suffered enormously over the years,” Tucker said. “They can’t get books, their students can’t get to campus. These have been ongoing endemic conditions under which they live. Of course, it sometimes becomes much more critical than that when there is an active period of bombing or attacks.”

Tucker, a history professor who specializes in the Middle East, said that she believes that pledging her signature is one of the best ways she can contribute to a cause in which she believes.

“The idea is that after this long period of time, there’s been virtually no movement on getting any closer to a resolution of this conflict. How can people abroad like myself make some kind of contribution to the cause of getting a just resolution? It’s not going to come about, it would seem, through negotiations on the ground, which have stalled for many, many years,” Tucker said.

Tucker, Haddad and Esposito said that their involvement in the boycott will in no way affect their roles as professors at the university.

“Signing the petition was a personal choice and has nothing to do with my professional activity at the university,” wrote Haddad, who teaches the history of Islam and Christian-Muslim relations. “I did not speak for the university, its faculty or its administration. I will continue to teach both the Palestinian and Israeli positions. Being censored and forced to teach exclusively the Israeli position as the only truth would shortchange our students, who are being trained to be the future leaders of America.”

“They’re very separate,” Tucker said about her personal views and her professional life. “I’ve been teaching Middle East history at Georgetown for many years, and my personal views have absolutely no purchase in the classroom. For me, it’s a non-issue. I would never feel that my students should think like I do or take positions like I do on any issue.”

Georgetown professors signed similar boycott petitions in December 2013 and in 2007. University President John J. DeGioia commented on both previous boycotts, but has yet to comment on this boycott. In 2013, DeGioia expressed opposition to the boycott, but support for academic freedom of speech.

“The recent resolution of the American Studies Association endorsing a boycott of Israeli universities undermines the academic freedom that is essential to the mission of the Academy. … I recognize these are matters on which colleagues can disagree,” DeGioia wrote in a statement last year. “While the position of our university remains opposed to any boycott, we will certainly defend the rights of those who disagree.”

Nitzan Gabai (SFS ’16), Israeli student and former Georgetown Israel Alliance president, said that he agreed with DeGioia’s statement and now worries about a lack of academic freedom and discussion between opposing sides.

“I am very concerned by what would happen with the void that would be left after pushing out Israeli scholars and universities from the conversation,” Gabai said. “Without someone on the other side to ever give counterarguments or to ever check and balance the accusations that are made on one side or the other, there’s just so much room to go with extreme opinions and go with actions that lose every proportion possible.”