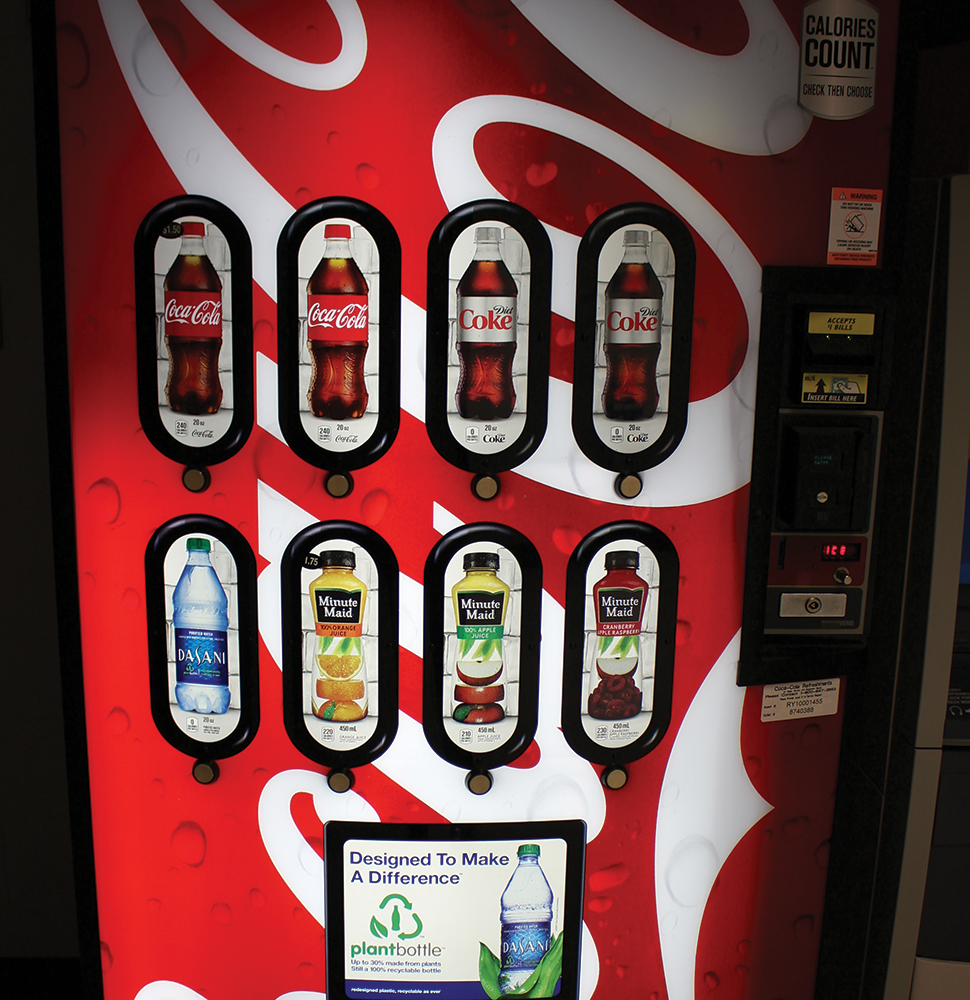 For Pepsi lovers on campus, a brief window of opportunity closed earlier this year when Georgetown renewed its exclusive contract with The Coca-Cola Company, continuing a relationship that goes back to the early 1970s.

Georgetown formalized its relationship with Coca-Cola in the early 1990s, but the company has had a presence on campus since at least 1972, when Vital Vittles opened as a Students of Georgetown Inc. storefront selling just yogurt and Coke, according to The Corp’s website.

Georgetown’s 10-year agreement with Coca-Cola was set to end in June 2013, requiring the formation of a new relationship with a sponsor company. To do this, Georgetown publicized its commercial needs through a Request For Proposal in fall 2012. Various companies bid for the partnership.

“We pulled a group of folks together that represented all different areas of campus to include faculty, staff, students and The Corp to go through a process that could be very collaborative to make sure that we chose the right partner,” Chief Business Officer Deborah Morey said.

After a year of negotiations, Georgetown announced Coca-Cola as the winner of the RFP process in fall 2013, although Communications Officer Maggie Moore stated that there was no lapse in vendor arrangements. This entitles the company to vending and pouring rights for anything on campus that contains a liquid component.

“So if you go to Leo’s, you have the Coke machines, the Freestyle machine downstairs and the fountain machines upstairs and downstairs, so the pouring rights really relates to and ties back to what it is you’re, as you can imagine, pouring,” Associate Vice President of Auxiliary Services Joelle Wiese said.

Pouring rights also apply to bottled beverages, including bottled Coke, bottled Dasani water and Vitamin Water, which are all subsidiaries of Coca-Cola.

PepsiCo’s market success made it a close competitor, according to Morey, but Georgetown ultimately chose Coca-Cola because of its alignment with the university’s mission, she said. By contrast, in August, the City University of New York granted PepsiCo exclusive rights to its 24 campuses, after student protests against Coca-Cola based on allegations of discrimination and human rights abuses.

Sustainability is a key component of the shared mission Morey referenced. Coca-Cola is a proponent of water conservation and recycling, which includes producing bottles from plants, and has established its 2020 Environment Goals.

The new agreement will last for another 10 years. Morey could not provide specific financial data on the partnership because other schools also compete for Coca-Cola’s marketing dollars, but she still emphasized its importance.

“Coca-Cola is probably one of our largest partnerships because of the variety of things they help us resolve,” Morey said. “We have, for our volume and our size of school, a very, very strong relationship, and we’re very, very thrilled to have such a strong partnership. As you can imagine, your leverage many times in these cases is volume, so for us to compete against an Ohio State or a much larger school, where we are able to compete is with our brand — aligning with a name like Georgetown.”

“It’s not necessarily a dollar value — it’s what they can bring to us to help us,” she said. “They have relationships and they have experiences all over the world that really we are tapping into.”

These relationships include global human development internships and scholarships as well as a seminar series where Coca-Cola company leaders visit campus. In September, Coca-Cola President and Chief Operating Officer Glen Walter discussed sustainability and entrepreneurship with a small group of student leaders.

Additionally, Georgetown held six events in the fall with the support of Coca-Cola and the company’s equipment, including the Happiness Truck and Happiness Machine, which dispensed products such as Georgetown sweatshirts or Verizon Center tickets in Sellinger Lounge, and the Drop Into Dasani College Tour.

Wiese works with members of other departments on campus to carry out these projects, including Director of the Office of Sustainability Audrey Stewart, Director of Student Engagement Erika Cohen Derr and representatives from the McDonough School of Business. Cohen Derr allocates funding to the six advisory boards under her supervision, which each receive $7,647 directly from the Coca-Cola funding annually.

Coca-Cola also donates products for Georgetown Day or other campus activities outside of this cash funding.

“The Coke funding really helps us with our events. There are several events that we would not be able to do without their support. Besides the funding, sometimes we receive, in kind, donations separately,” Georgetown Program Board Executive Chair Tyler Deloach (COL ’16) said. “Those enhance our programming and make them a little bit more enjoyable.”

The Corp has its own unique relationship with Coca-Cola. Though the company does not receive any of the funding Coca-Cola allocates to student activities, it remains part of the university’s partnership, through efforts like the Corp Coke scholarship, which grants $3,000, usually split between three students. Half of that is funded by Coca-Cola.

“Within the context of the big contract the university has with Coca-Cola, we have a subsection of that,” Corp Chief Operating Officer Rashaad Eshack (SFS ’14) said.

“When I’m talking to a specific person in Coca-Cola that I know well, we’ll talk about how you connect to your customer base, and what are examples that Coca-Cola does so we can learn from the big corporate environment,” Eshack said. “Because in a lot of ways we’re still learning as an organization, as officers even or as cashiers, so it’s cool to be able to get to know people that are working in one of the largest — if not the largest — organizations in the world.”