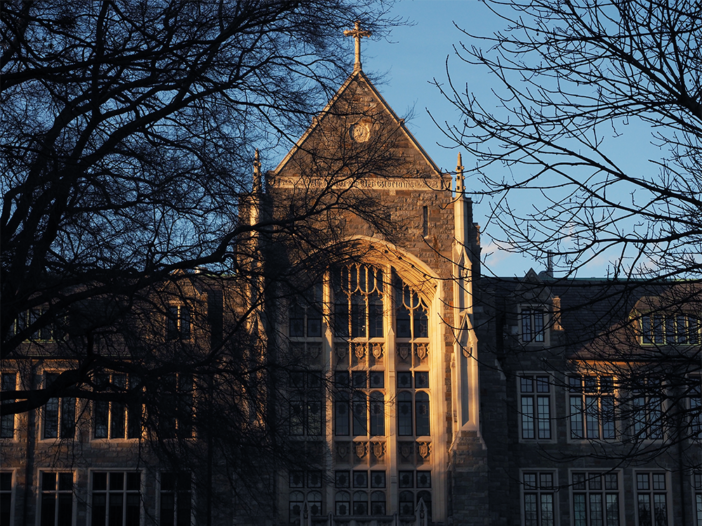 Two more Georgetown University parents have joined a growing list of wealthy people who have pleaded guilty to illegally facilitating their children’s acceptance to the university.

Peter Dameris and Robert Repella are the latest Georgetown parents to admit guilt in an unprecedented college admissions scandal that has tarnished the reputation of many of the country’s top academic institutions, casting doubt on the fairness of their admissions processes.

Dameris reportedly paid $300,000 to falsely present his son as a tennis recruit, according to The Washington Post. According to a May 22 statement from the U.S. Attorney’s Office for the District of Massachusetts, Dameris directed the money to the Key Worldwide Foundation, the purported charity of Rick Singer. Singer, the mastermind of the “Varsity Blues” racket, received payments from dozens of parents and used the charity as a front to pay off university officials and inflate test scores. Singer has pleaded guilty to several charges and is cooperating with investigators.

Some of Dameris’ money was used to bribe former Georgetown tennis coach Gordon Ernst, who is also implicated in the scandal and has pleaded not guilty to taking bribes in exchange for recommending applicants for admission, according to the case document.

Repella did not work with Singer in his fraudulent activities but instead worked directly with Ernst, according to prosecutors. He reportedly paid Ernst $50,000 to ensure his daughter was designated as a tennis recruit, according to a case document published by the U.S. Attorney’s Office for the District of Massachusetts.

Dameris and Repella are the sixth and seventh Georgetown parents to be charged in connection with the Varsity Blues scandal, following Elizabeth Henriquez, Michelle Janavs, Douglas Hodge, Karen Littlefair and Stephen Semprevivo.

While a plea hearing for Dameris has not yet been scheduled by Massachusetts federal court, Dameris’ attorney Richard Crane said Dameris will plead guilty for his actions, making him the 25th parent to plead guilty.

“My client takes full responsibility for his actions,” Crane wrote in an emailed statement to The Washington Post. “He is deeply apologetic to the hard-working student-athletes that may have been affected. He also is deeply remorseful for the pain and embarrassment his actions caused his son and family, who had no knowledge of his actions with the Key World Foundation.”

Although the charges of mail fraud and honest services mail fraud Dameris has been charged with make him eligible for up to 20 years in prison and a fine of $250,000, prosecutors will seek a lighter sentence, according to a statement released by the U.S. Attorney’s Office for the District of Massachusetts.

Under the terms of Dameris’ plea agreement, the government will recommend a sentence of time served, 21 months of home confinement, a fine of $95,000 and restitution.

Repella will be sentenced Sept. 23 according to The Washington Post. The government will recommend 10 months of prison, one year of supervised release, a fine of $40,000 and restitution in accordance with his plea deal.

Repella also expressed remorse for his actions and emphasized his sole culpability in an emailed statement to The Washington Post.

“I sincerely regret and take full responsibility for my actions, which were mine and mine alone,” Repella wrote. “My family, and most importantly, my daughter, knew nothing about this. A Georgetown University review determined that the academic and athletic qualifications my daughter submitted in her application were factual and truthful and she remains a student in good standing at Georgetown.”

CORRECTION: This article was updated Thursday, May 28 to clarify the nature of Repella’s case. Repella’s daughter, Renee Repella, did play on the Women’s Tennis team, tallying a 1-7 singles record and a 0-5 doubles record during the 2018-2019 season.