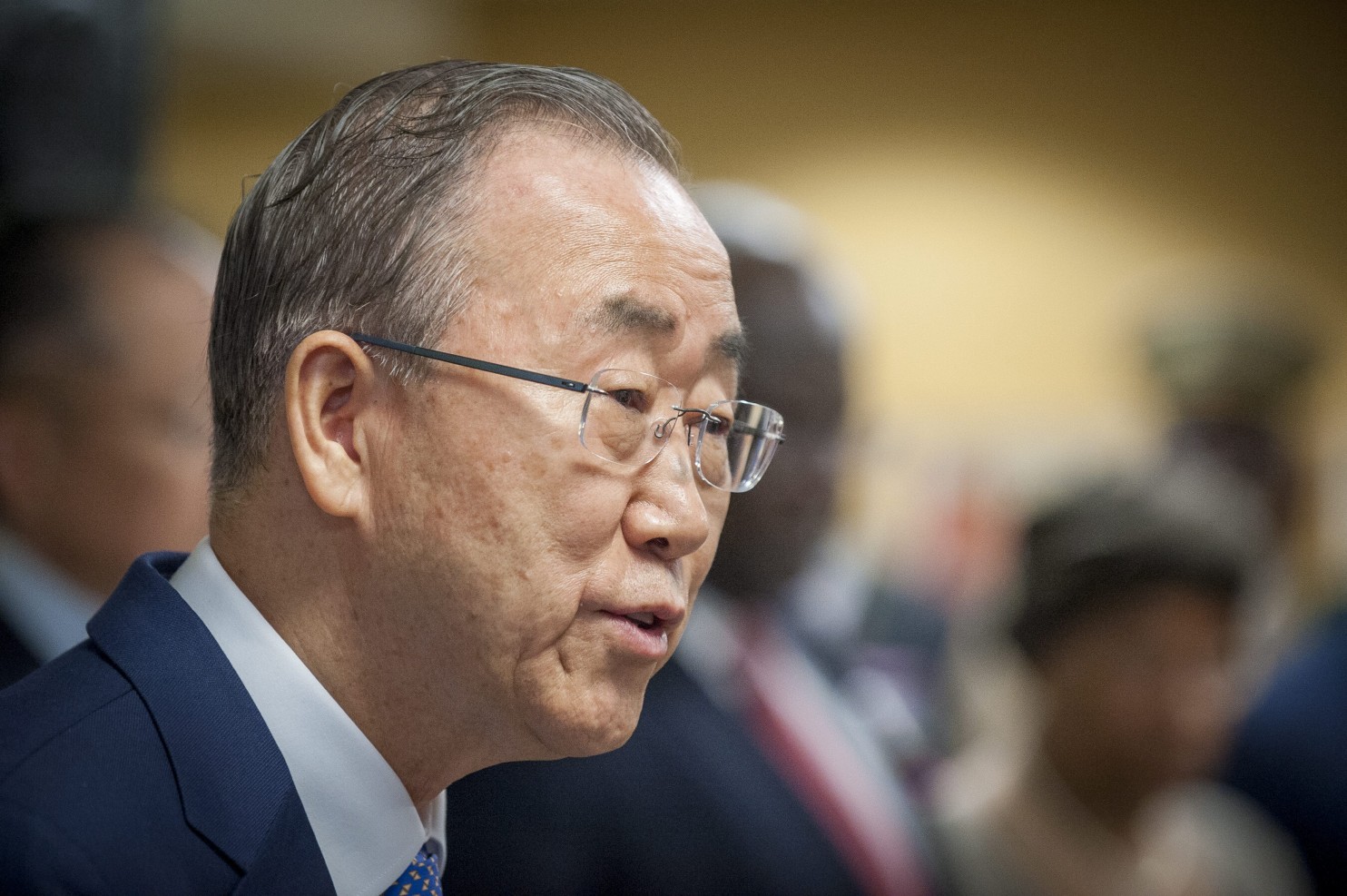 This year’s Commencement Weekend, which runs from May 14 to 17, will consist of separate graduation ceremonies for each undergraduate and postgraduate school, each featuring its own speaker. Several of these speakers will also receive honorary degrees.

“Our speakers bring a great range of perspectives from their experience as distinguished leaders in journalism, public health, international law and public office and will inspire our graduates as they take the next step toward their professional, academic and personal aspirations,” University President John J. DeGioia said in a statement on the university website.

Ban will deliver the commencement speech for the School of Foreign Service. Prior to becoming the eighth Secretary General of the U.N. in 2007, Ban led a career in diplomacy spanning over 30 years in the Ministry of Foreign Affairs in South Korea, which culminated in his position as the Minister of Foreign Affairs from 2004 to 2006. Ban himself holds a bachelor’s degree in international relations from Seoul National University and a Master of Public Administration degree from Harvard University.

The commencement speaker for Georgetown College will be Charlie Rose, who is the anchor and executive editor of the PBS talk show Charlie Rose and a co-anchor of CBS This Morning. Rose’s work in broadcast journalism has also included his roles as anchor and correspondent in programs such as 60 Minutes and CBS News, during which he conducted many interviews with world leaders and figures. He is a recipient of an Emmy Award and a Peabody Award. Rose will be awarded a Doctor of Humane Letters degree.

Chao will speak at the convocation ceremony for the McDonough School of Business. Chao was the first Asian-American woman to be appointed to the U.S. president’s cabinet when she became appointed as Secretary of Labor during the Bush administration. In addition, Chao served as the 12th Director of the Peace Corps and President and CEO of United Way of America. Chao will be receiving a Doctor of Humane Letters degree.

Graduating seniors of the School of Nursing and Health Studies will hear from Sangath Co-Founder and Co-Director of the Center for the Control of Chronic Conditions at the Public Health Foundation of India Vikram Patel. A professor of international mental health and a Wellcome Trust Senior Research Fellow, Patel has dedicated his career to improving mental health in developing countries, particularly with his work in Sangath, the non-governmental organization that he founded. Recently, Patel was included by TIME Magazine on their 2015 list of the 100 most influential people in the world. Patel will receive an honorary Doctor of Science degree.

This story has been updated.