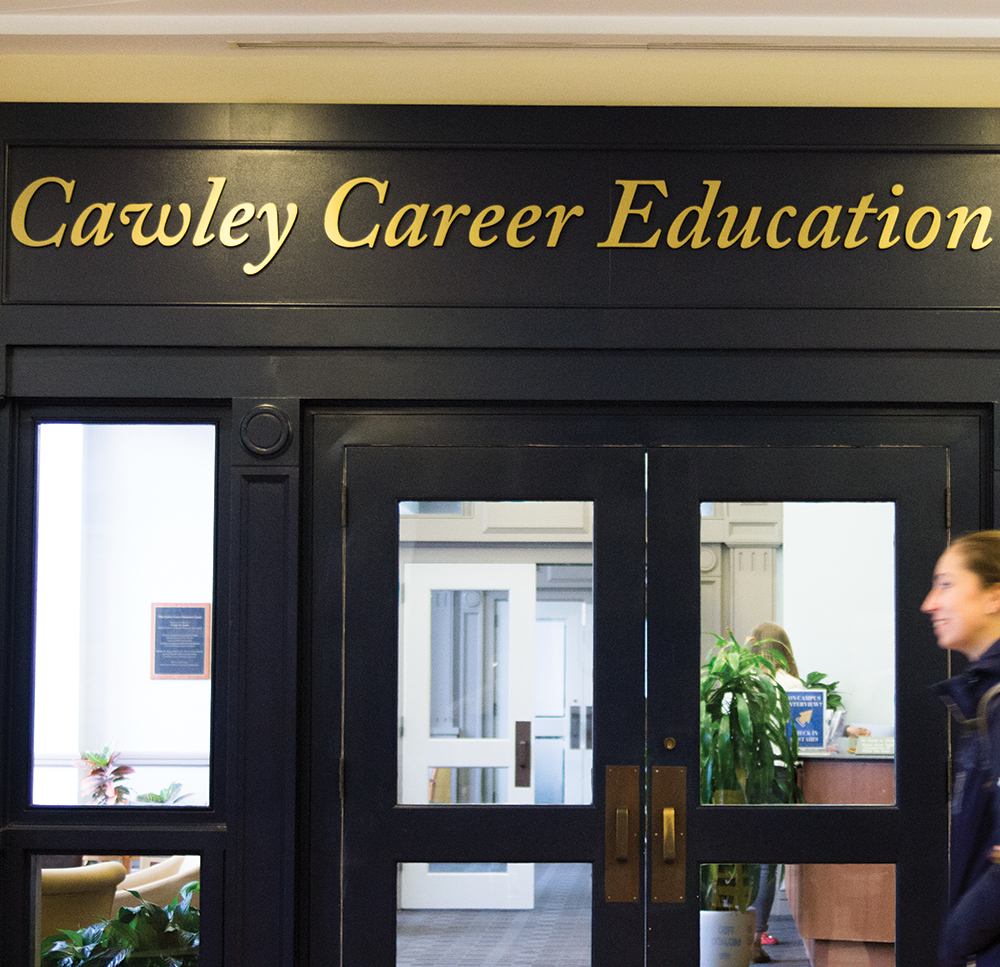 Seventy-three percent of graduates of the class of 2017 are employed part-time or full-time and 16 percent are enrolled or plan to enroll in graduate school, according to the first destination report for the class of 2017.

The survey received responses from 66.2 percent of the class of 2017, a six percent increase from the 2005 report.

The Cawley Career Education Center releases a first destination report approximately 17 months after a class graduates. The results are obtained through surveys sent to alumni that collect data about their locations, positions and average income, reports from top employers and alumni’s LinkedIn profiles.

“When you look at the list of industries graduates work in first after graduation, finance and consulting appear as number one and number two on the list,” Campbell said. “But that only accounts for about 40 percent of graduates — 41 percent for the class of 2017. Most are going into other industries.”

The top employers of the class of 2017 include Deloitte, Oracle, Citi, PwC and Georgetown University, according to the report.

The U.S. federal government would be the top employer of the class of 2017, if the survey did not distinguish agencies and programs as individual employers, according to Campbell.

The majority of the class of 2017 that enrolled in graduate programs study at Georgetown; most of those attending graduate school are studying law or medicine, according to the report.

“Georgetown has been the most popular graduate school destination for those going directly to grad school for as long as we’ve been collecting post-graduation data,” according to the report. “Since 2007, Columbia University has been the second most popular school of those going directly to graduate school after completing their undergraduate degrees.”

The report’s focus on the first steps graduates take after graduation does not provide a complete picture of Georgetown alumni’s careers, according to Campbell.

“Our findings, of course, are limited to the first things that alums are doing after graduation. The first thing you do after college is an important part of your career story, but it’s not the whole story,” Campbell said. “It’s only the beginning. We’re very aware of the fact that this report reflects only a small part of what Georgetown graduates do after they finish school.”