Alongside students at other elite institutions such as Columbia University and Washington University in St. Louis, Georgetown students are reputed to have “work hard, play hard” lifestyles.

In 2018, Georgetown was ranked No. 20 on U.S. News and World Report’s 2018 Best National Universities. It was also dubbed the No. 20 most intense college in America in a report from Business Insider, which based its rankings on data from student surveys and public reports about schools’ academic rigor, student intelligence, Greek life and party scene.

But does devotion to academics correlate with intense partying, as the idea of a “work hard, play hard” mentality implies?

Research about the relationship between college students’ drinking habits and their academic commitments suggests that it does not, for the most part. A study published in the Journal of Drug Education found that college students do not consume more alcohol after finishing important assignments than they do during other times. Students do not blow off steam after a tough paper or exam by drinking to excess.

Moreover, students generally drink less on days they have an assignment due or the following day than when they do not. When students have to work hard, they do not play hard.

The reverse is also true — other studies conclude students who consistently play hard do not work hard. An analysis of data from the 1993 College Alcohol Study asserts binge drinking reduces the number of hours students spend studying and thereby decreases their GPAs. Another study found that the more frequently students drank heavily, the lower they rated the importance of having good grades and the worse they thought they performed academically in comparison with their peers.

The use of this phrase to describe elite schools rather than less-competitive institutions is misleading. Students are assumed to have more rigorous academic work at selective colleges and universities such as Georgetown, so these schools tend to be dubbed “work hard, play hard” schools.

While this finding calls into question how hard students work as compared to their predecessors, it may indicate an increase in how hard they play.

Some educators suggest that students may demand more leisure time now than they did in the past. Seeking to appeal to students and thus remain competitive among other colleges, institutions lower their standards for student performance, so students spend fewer hours studying. As demand for play increases, work decreases.

Research shows that students seek out a “play hard” lifestyle in college. An annual survey of college freshmen concluded that students who drank frequently during their senior year of high school were more likely to say that the reputation of their college’s social scene factored strongly into their decision to attend the school than were those who drank occasionally or not at all. Frequent drinkers were also more likely to profess strong interest in joining a fraternity or sorority.

Joining such a “play hard” environment in college increases one’s chances of taking up a play hard lifestyle. Another study found that freshmen are more likely to begin binge drinking if they go to a school with high rates of binge drinking or are members of a fraternity or sorority.

Although some students look for “play hard” schools, the two lifestyles do not go hand in hand. On the contrary, those who play hard tend to work less hard than their peers, and those who work hard do not usually play hard — at least not when they have assignments due. So the desire to let loose after a hard week of work cannot explain why students line up outside The Tombs or crowd into Henle Village apartments on Friday and Saturday nights. 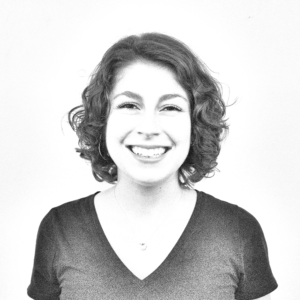 Vera Mastrorilli is a junior in the College. Her column, TESTING TRUISMS, has been renewed for the spring semester.