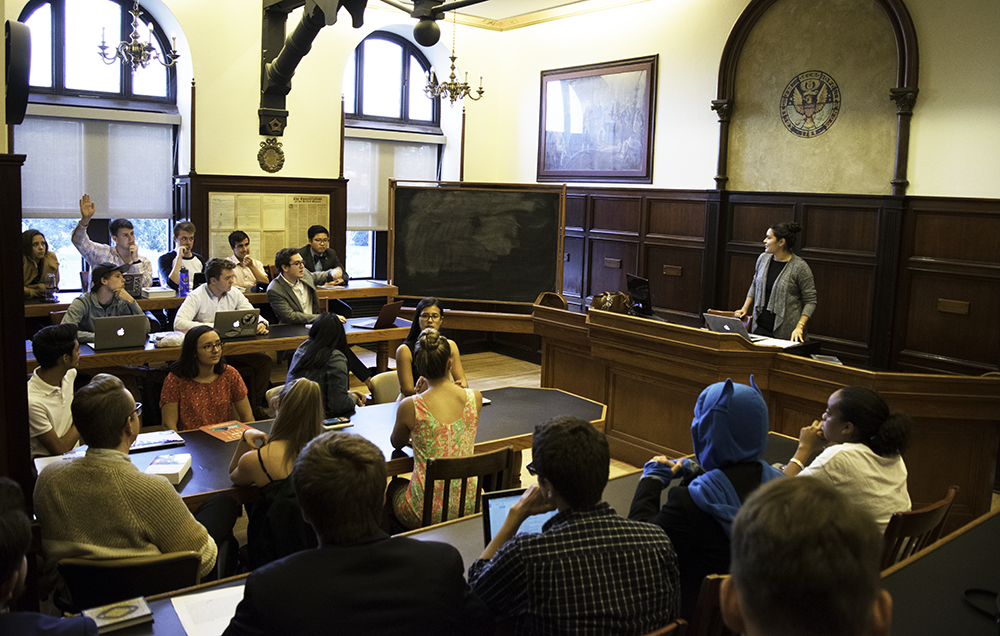 Members of the GUSA senate will now be elected by class year rather than by geographic location, and elections for nonfreshman senators will now be held in April rather than in the fall after the referendum’s success.

The senate reform referendum passed with 2039 votes in favor and 426 votes against — 83.1 percent and 16.9 percent, respectively. The passage of the referendum is a long-needed win for the GUSA senate, which unsuccessfully launched two previous senate restructuring referendums in the past two years.

A second referendum question, which also passed, codify several protections for student participation in the GUSA constitution. The protections include safeguards for citizenship, gender identity or expression, ability or disability and any characteristics protected under federal or Washington, D.C. law.

The Code of Student Conduct and the Student Organization Standards include similar protections, but the referendum would revise the language in the GUSA Constitution.

2310 students voted in favor of the second referendum question, with 239 voting against it — 90.6 percent and 9.4 percent respectively.

“Third time is the charm, turns out,” Baldwin said. “I think that overall this referendum is obviously better for the student body. I’m more excited about the second referendum in a lot of ways, because that portion of the constitution just needed to be updated. It was long overdue.”

To pass, a constitutional referendum must receive support from two-thirds of voters and at least 25 percent of the student body overall.

A bill to hold the referendum passed last month with 23 senators voting in favor of adding the questions to the executive election ballot on Hoyalink. Two senators voted against, calling the referendum a waste of the senate’s time, and one abstained.

Yesterday’s referendum is the third in a series of referendums proposing reforms to the GUSA senate and constitution in the past two years. An essentially identical referendum appeared on a ballot last spring; it failed to pass after failing to reach the 25 percent support threshold.

Last spring’s referendum came shortly after a more ambitious referendum in December 2016 that received enough votes to pass but was later invalidated by GUSA’s judicial body, the Constitutional Council, which ruled that the referendum was not properly explained to the student body in a timely way as required by GUSA bylaws.

The December 2016 referendum proposed replacing the senate entirely with a smaller legislative body. The new assembly would have focused largely on allocating student activity fees to clubs, a task currently handled by the senate’s Finance and Appropriations Committee.

GUSA senators supporting the referendum said the changes would make the GUSA senate more accountable to the student body.

GUSA senate Speaker Ben Baldwin (SFS ’19) said class-based elections would ensure senators are accountable to their constituents, because they would represent the same ones each year.

“Frankly, under our current system, Senators are not accountable to the students they represent because they most likely will not be living in the same geographic district for more than one year and students cannot vote a second time on whether their Senator fulfilled their promises,” Baldwin wrote in a January email to The Hoya.

“The issues that a sophomore or junior face have more to do with major selection, meal plans, their academic futures, or any number of other issues regardless of whether they live in McCarthy or Alumni Square,” Baldwin wrote.

Moving elections for nonfreshman senators to the spring rather the fall would foster better cooperation between the senate and the GUSA executive and give potential candidates more time to prepare their campaigns, GUSA senate Vice Speaker Sylvia Levy (SFS ’18) said.

“Moving the majority of Senate elections to April will increase cohesion between the Executive branch and the Senate — members of both will be able to closely work with one another starting over the summer and through the academic year,” Levy wrote in a January email to The Hoya.

“If there were any lessons learned from last year’s GUSA Senate, it was that reorganizing referendums are a potentially embarrassing waste of time,” Lerner wrote in a January email to The Hoya. “I came into the year confident that this year’s GUSA Senate would be able to achieve real goals, and that senators would keep their promise of ‘no more referendums’ that many came into the year with. Clearly, this didn’t happen.”