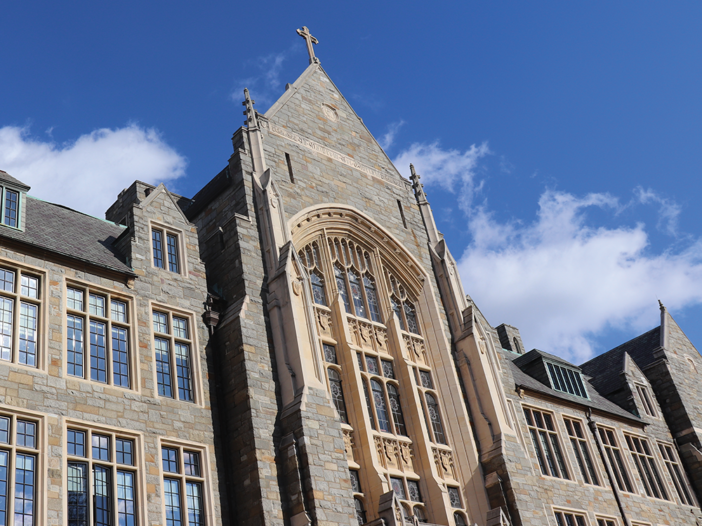 Kimmel, a former chief executive officer of California-based media company KFMB Stations, agreed to plead guilty to conspiracy to commit mail and wire fraud after she worked with Rick Singer, the ringleader of the national college admissions scandal, to help secure fake recruiting slots for her two children.

Kimmel reportedly paid $275,000 in 2012 to former Georgetown University tennis coach Gordon Ernst to get her daughter admitted to Georgetown as a fake tennis recruit. Kimmel also paid $250,000 in 2017 to have her son admitted to the University of Southern California as a fake pole vaulting recruit.

As part of the plea, prosecutors will recommend Kimmel be sentenced to six weeks in prison and two years of supervised release, in addition to being ordered to pay a $250,000 fine and complete 500 hours of community service.

Prosecutors initially charged Kimmel with bribery and conspiracy to commit mail and wire fraud, though Kimmel’s Aug. 16 plea deal with prosecutors did not include the charges of bribery.

Kimmel’s plea comes after her defense attorneys previously argued her March 2019 arrest caused a cardiovascular reaction that later hospitalized her, violating her constitutional right against unreasonable search and seizure. Her attorneys argued the reaction was sufficient grounds for her case to be dismissed, according to documents submitted to the court May 28.

“Given that the government has handicapped Mrs. Kimmel in her right to choose whether to testify at any trial in this case, whether now or in the future, dismissal is the only remedy that can redress the constitutional injury caused by the government’s conduct,” the attorneys’ memo read.

The motion to dismiss did not proceed, however, as Kimmel stated at her Aug. 16 hearing that she would plead guilty to the charges of conspiracy to commit mail and wire fraud but not to the charges of bribery, according to the Los Angeles Times.

Kimmel’s lawyers did not respond to multiple requests for comment.

Kimmel joins a long list of former Georgetown parents who have either been charged or sentenced in the national college admissions scandal.

Before Kimmel, the most recent Georgetown parents to plead guilty in the scandal were Peter Dameris and Robert Repella. Both were charged with conspiracy to commit fraud and bribery in May 2020, before shortly entering plea deals within the following month. Dameris was sentenced Oct. 5, 2020, and Repella is scheduled to be sentenced Sept. 21.

Dameris reportedly paid $300,000 to Singer to get his son admitted as a fake tennis recruit to Georgetown; however, some of the payment went directly to Ernst. Repella did not work directly with Singer but instead paid Ernst $50,000 directly to admit his daughter as a tennis recruit, according to the U.S. Attorney’s Office case documents.

Ernst has pleaded not guilty to his charges, which include aiding and abetting money laundering, conspiracy to commit mail and wire fraud, bribery and filing false tax returns. Ernst allegedly received $2.7 million in bribes from Singer throughout the Varsity Blues operations, the Department of Justice name for the college admissions scandal, and is set to stand trial Nov. 16.

Ernst was also handed further criminal charges in his case Sept. 2020. That same month, a 10th former Georgetown parent, Amin Khoury, was charged with conspiracy to commit mail fraud and bribery after working with Ernst to get his daughter admitted as a fake tennis recruit, though Khoury denies any wrongdoing.

The university first discovered Ernst’s actions in 2017 and has since completed an investigation and implemented new athletic recruiting policies, according to a university spokesperson.

“In 2017, Georgetown’s Admissions Office discovered irregularities in the athletic credentials of two students who were being recruited to play tennis. Neither student was admitted,” the university spokesperson wrote in an email to The Hoya. “Georgetown immediately put former coach Gordon Ernst on leave, initiated an internal investigation, established a new policy concerning the recruitment of student athletes, implemented audits to check whether recruited student athletes are on team rosters, and asked Mr. Ernst to resign.”

In addition to Dameris and Repella, six other former Georgetown parents have been charged and sentenced for their actions in the college admissions scandal: Manuel and Elizabeth Henriquez, Michelle Janavs, Douglas Hodge, Karen Littlefair and Stephen Semprevivo.
Kimmel is scheduled to be sentenced by District Judge Nathaniel M. Gorton in a Massachusetts District Court on Dec. 9, though attorneys have requested the sentencing take place virtually, due to ongoing concerns over COVID-19.