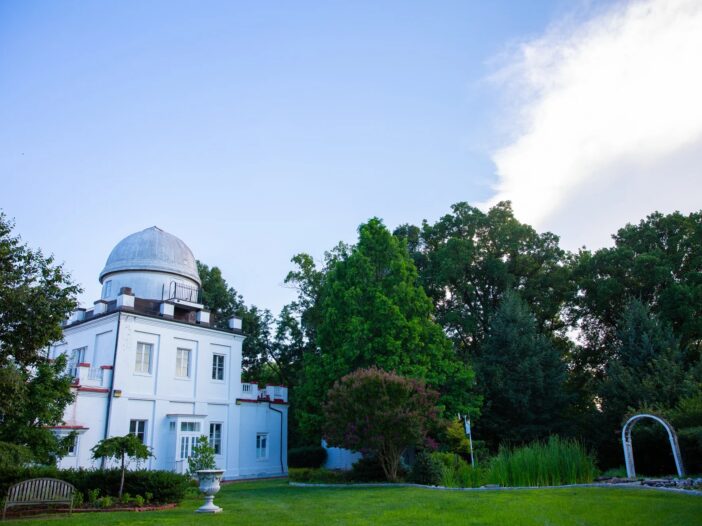 One hundred years ago, Edwin Hubble made the first discovery of galaxies outside of our own.

In 1923, Hubble found a way to view individual stars within the Andromeda Galaxy, which is 2.537 million light years away. This initial discovery helped pave the way for the discovery of millions of other galaxies, the realization that the universe is expanding and the formulation of modern astronomy.

Hubble conducted his observations using the world’s then-largest telescope, the Hooker Telescope. Today, the telescopes and resources available to scientists have greatly improved, expanding the public’s understanding of the universe too.

The Hubble Space Telescope, which was launched nearly 70 years after Hubble’s initial discovery, has given astronomers a better understanding of the creation and growth of galaxies and stars, black holes and exoplanets. The Hubble Space Telescope can capture ultraviolet to near-infrared light, allowing for the capture of stunning and iconic images such as the Majestic Barred Spiral, Hubble Ultra Deep Field and Pillars of Creation.

Telescope technology is continuing to advance, and Hubble laid the groundwork for its successor: the James Webb Space Telescope (JWST). The JWST is now the world’s largest and most complicated space observatory, and it has the ability to see over 13.5 billion years back in time.

In an interview with The Hoya, Owen Chbani, vice president of the Georgetown University Astronomical Society, explained the JWST’s capabilities.

“James Webb represents a revolution in astronomy, at six times the light-collecting power of Hubble, with a state-of-the-art instrument package designed to detect infrared light, which allows astronomers to peer past the gas and dust in nebulas to look at the earliest moments of stellar formation, as well as look for life on habitable exoplanets, planets orbiting other stars,” Chbani said.

The next telescope to be launched in the coming years is the Nancy Grace Roman Telescope, named after the “mother of Hubble.” Roman joined NASA as the chief of astronomy and relativity in the Office of Space Science in 1959 and is credited with making the Hubble Space Telescope a reality through her advocacy for launching telescopes into space.

The Roman Space Telescope will be able to capture more of the sky with less time and will study dark energy and exoplanets, according to NASA.

Some have apprehensions about these telescopes, citing the high costs of pursuing astronomy research and development. Developing the Hubble Space Telescope cost $16 billion, a hefty price that has sparked proposals in Congress to limit or even fully cut the budgets of these projects.

Jeff Urbach, a former American Association for the Advancement of Science (AAAS) science and technology policy fellow at the Department of Energy and physics professor at Georgetown, said the U.S. government plays an important role in funding telescope development projects.

“Advancing our understanding of the universe has, since Hubble’s time, required telescopes that are large and complex, and therefore expensive, both to build and to operate,” Urbach said in an interview with The Hoya. “U.S. federal support has and continues to be essential for progress — there is no other organization with the necessary resources and broad mission.”

Although Georgetown’s astronomy department was disbanded in 1972, ties to astronomy still exist across campus. The Heyden Observatory that remains on the campus near Yates Field House is one of the oldest in the country — it was founded in 1841 under the leadership of Fr. James Curley, S.J.. Students actively used the observatory throughout the 20th century, and in 1933, an unusually clear photo of a solar eclipse was captured there.

Urbach said studying astronomy is incredibly useful for both students and the general public.

“The public fascination with the amazing stuff that comes out of astronomical observations has inspired generations of students to pursue careers in science and technology, which in turn underpins much of our economic growth,” Urbach said.

Chbani further emphasized the importance of space telescopes for both the present and the future of science.

“Space telescopes also don’t just help us gain a better understanding of the universe, they force scientists and engineers to innovate and invent,” Chbani said.