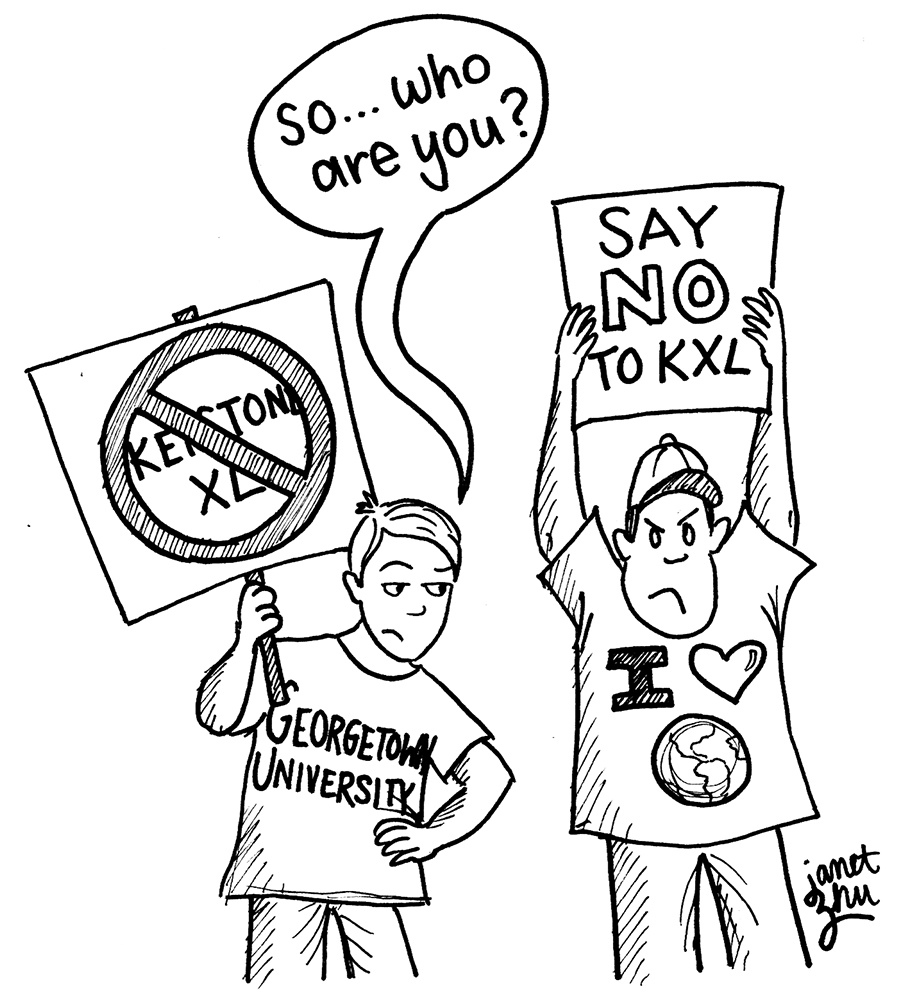 In his speech on climate change at Georgetown last June, President Barack Obama declared, “I’m here to say we need to act.” This past Sunday, hundreds of protestors arrived in Red Square with that same intention.

The protest, XL Dissent, drew students from more than 100 American colleges to march from Georgetown — the site of Obama’s promise — to the White House gates, to which they tied themselves in protest of the proposed Keystone XL pipeline that would run from the oil-rich tar sands of Canada to the United States. Obama’s hesitance to summarily reject the pipeline struck protestors as being in direct conflict to his call for action on climate change nine months ago.

Providing a stage for dialogue on critical national and international issues is an important function of a university. In giving space to both President Obama’s and the XL Dissent protestors’ speeches on climate change, Georgetown has adequately performed this function. Participation in active and public debate on this campus, however, should not be limited to visiting parties.

The XL Dissent protest notably lacked Georgetown participants. Of 57 college student signatories on the Dissent XL webpage, none hailed from Georgetown, and only 10 students from Georgetown participated in the protest. (Eckerd College, by contrast, sent 40 students to D.C. from St. Petersburg, Fla.) Additionally, it seems hypocritical to play host to such a prominent display of student activism in the area of climate change without comprehensively addressing environmental concerns within the front gates.

Environmentally oriented student groups like GU Fossil Free have found success in many of its endeavors over the past year, including a resolution in the GUSA senate and increased support by the GUSA executive. In fact, environmental causes have made more progress in the past year than at any other point in recent memory. With this accumulated momentum from environmental advocacy groups on campus, it is a shame that more students did not come out to support a larger display of activism on their own campus.