“I am not an empty dress, I am not a rubber stamp and I am not a cheerleader. I am a strong Kentucky woman.” The rest of Alison Lundergan Grimes’ statement is drowned out by a swell of roaring admiration from the crowd. She delivers her victory speech with a self-assured air and powerful inflection. Her confidence is well deserved.

She’s just annihilated her competitors in the Democratic primary election for the U.S. Senate seat in Kentucky, winning a whopping 76.5 percent of the vote. She’s now preparing to take on Mitch McConnell (R-Ky.) in the general election, guaranteed to be one of the most hotly contested elections of the year.

So far, Grimes has taken every opportunity to remind voters of her gender. Many of her speeches contain references to her clothing, loaded with statements like, “I’ve run circles around [McConnell] in this state in my heels, and we’re going to continue to do that.”

The linchpin of Grimes’ campaign seems to be the fact that she’s a woman.

Sadly, by using her biological, unintentional, unmerited gender as the key measure of her suitability for the Senate seat, Grimes is being just as anti-feminist as the misogynists who will refuse to vote for her in the fall.

Grimes is a great candidate because of her qualifications and experience, not because she’s a woman. People should vote for her because of her record as Kentucky secretary of state, from her work as an accomplished attorney and for sitting on the rules committee for the 2008 Democratic National Committee.

Grimes is intelligent, accomplished and passionate. Her merits and value as a candidate far exceed her dresses and heels, yet that’s all her campaign seems to want to talk about.

Grimes’ election speaks to a larger conflict: that there are not enough women holding public office. And getting more elected should be a primary concern for every voter. But being a woman is not grounds for being a capable public servant, just like being a man does not qualify anyone to hold public office. The sex of a political candidate is a neutral trait that does not at all correlate to his or her abilities and appropriateness for the position.

Trumpeting Grimes’ gender like it’s a big, breakthrough deal that a mere woman could be so smart and strong and get so far is despicable. All it does it further the trope that women are weaker and lesser and that when they do succeed, the abnormality must be applauded and recognized. Until we stop acting like successful female politicians are anomalies, they’ll never be anything but. 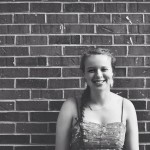 Kate Riga is a rising sophomore in the College. His and Hers appears every Monday at www.thehoya.com.