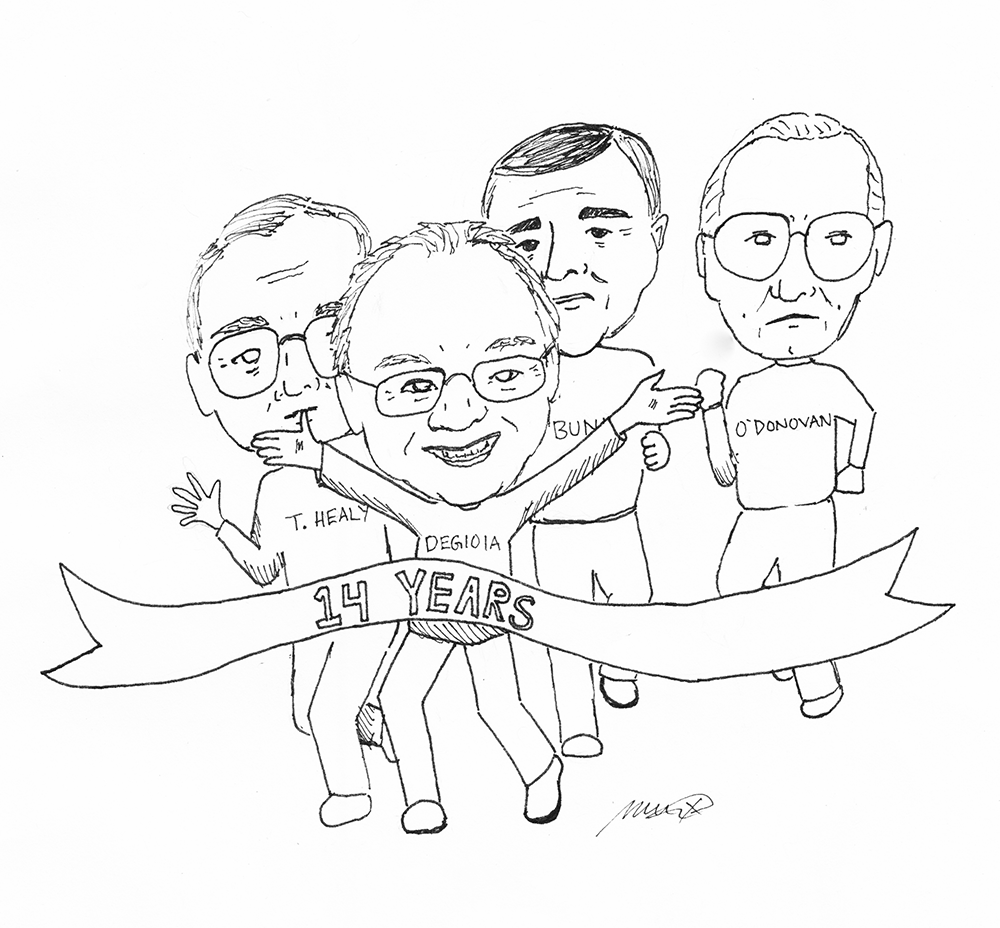 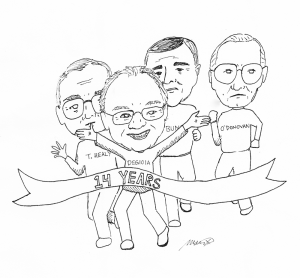 Embarking on his 14th year in office, University President John J. DeGioia is now Georgetown’s longest-serving president. While this feat is merely statistical, its arrival indicates that DeGioia’s legacy will likely be one of the most significant in Georgetown’s modern history.

DeGioia’s forte lies with augmenting the university’s presence among institutions of higher education. Over the past 13 years, Georgetown has established itself as a force of nature in Washington, D.C., and around the world. The construction of new science and business school facilities, a School of Foreign Service campus in Doha, Qatar, and a commitment to collaborative education and technology have allowed Georgetown to extend its national and international prominence.

The addition of three new dormitories (with two more on the way) has strengthened the quality of residential life for undergraduates, even though the process of finding designs that appeal to both student and university interests has been bumpy. The expansion of our endowment fund by over 50 percent between DeGioia’s first year and 2010, as well as the $1.5 billion-strong Campaign for Georgetown, have added financial security and made the possibility of a Georgetown education realizable for significantly more students. For this progress, we undoubtedly have DeGioia to thank.

While this emphasis on long-term development has led to many successful ends, Georgetown’s progress will be assessed by more than just new buildings or fiscal growth. One of the most trying issues in the upcoming years will likely be reconciling traditional Catholic policies with an increasingly non-Catholic student body and a general uneasiness with socially conservative dogma.

As Georgetown’s first lay president, DeGioia has a unique perspective with which to confront these struggles that have become ubiquitous at Catholic educational institutions. DeGioia has done well to bring together conservative and progressive factions of our community to collectively modernize university policy, and, in 2007, notably created the first LGBTQ resource center at a Catholic university in the United States. This approach, especially in navigating the university’s compliance with the Affordable Care Act, has guided our policy moves in a desirable direction.

Georgetown students look forward to the eventual recognition of groups that advocate for women’s health care, a more progressive policy toward transgender students or even divestment of endowment funds from fossil fuel companies. But it is important to recognize that change can take time and patience. If DeGioia’s record is any indication of his future performance, we can count on him to make the right choices for Georgetown’s long-term future.