With summer upon us, there has been lots of talk about what the song of the summer will be — inevitably, some catchy pop song that will soon get overplayed and start grating at my ears. So instead, I am turning my focus to the artists who are truly putting me in a warm summer daze.

In my own humble opinion, there are three standout female artists who have perfected their summer sound and image. They also each bring a very distinctive musical perspective to the table.

Chances are you may have already heard of Kali Uchis. The indie-pop singer-songwriter has been attracting new listenership recently, especially from her collaborations with popular artists and groups, like Vince Staples and Gorillaz, as well as rising musicians like Steve Lacy, Daniel Caesar and GoldLink.

For a fun summer mood, I would encourage you to check out Kali Uchis’s solo tracks, instead. Born in Colombia and raised in Northern Virginia, Kali has a diverse cultural background that is reflected in her music. She fuses traditional Colombian musical styles with American ones, like jazz and rhythm-and-blues. The resulting sound is reminiscent of Amy Winehouse’s music but mixed with reggae influences — in fact, many have begun referring to Kali Uchis as the West Coast Amy Winehouse.

Kali Uchis is also expert at constructing her avant-garde style and image. She is a savant when it comes to crafting colorful, dreamy visuals and videos, and viewers will enjoy her playful yet glamorous sense of style — she is always accessorized to a tee.

New York recording artist Destiny Frasqueri, better known by her stage name, Princess Nokia, is one of the most talented artists in the alternative hip-hop scene at the moment. Young and energetic, the rapper incorporates powerful messages about beauty standards and sexism in her music.

Princess Nokia’s sound fuses a variety of genres, from R&B to indie-pop to blues, and her voice fits into each musical style seamlessly — it is rich, deep, loud and delightfully aggressive. A self-proclaimed tomboy, Princess Nokia is also very comfortable embracing her own femininity and encourages others to accept their own complex identities, as well.

Princess Nokia is very open in her music and live performances, often including spoken word tracks and monologues about herself and her life. In “Destiny,” the opening track on her extended play “Honeysuckle,” she admits, “I lost every guardian I ever had before the age of nine. And I did not live with my parents, I was in foster care. I was beaten, and I was not loved. I was a runaway and I did not finish school, but believe you me darlin’, I’m strong goddammit.”

To see Princess Nokia’s softer side as well as her bolder, more unapologetic side, I recommend “Apple Pie” and “Tomboy,” respectively. Another highlight is “Brown Girl Blues,” a musical spoken word poem in which Princess Nokia discusses modern forms of racism and segregation, particularly from her perspective as a black Puerto Rican woman.

Last but not least, I present to you my newest muse, the London-based singer-songwriter Mabel. As the daughter of singer and rapper Neneh Cherry and producer Cameron “Booga Bear” McVey, you could say she has music in her DNA. But don’t think Mabel is stuck in anyone’s shadow.

Mabel’s style of music integrates pop and R&B, creating a smooth, groovy sound perfect for summer. Her songs explore a variety of themes, often relating to relationships; soulful pop single “Thinking of You” captures the feeling of unrequited love with its melancholy sound and lyrics, while the catchier, more upbeat track “Know Me Better” explores the emotions associated with being intimate with another person.

Like Kali Uchis and Princess Nokia, Mabel also has a strong relationship with visual art and aesthetics. She boasts a distinctive sense of style influenced by retro ’90s fashion, and even demonstrates her interest in the fine arts in her music. Her 2016 single “Talk about Forever,” for example, was released to commemorate the opening of a new building in the Tate Modern museum in London. The music video for “Talk about Forever,” shot entirely within the setting of modern art installation, will provide viewers with a visual experience that is just as enchanting as Mabel’s voice.

As we head into summer, turn off the radio and turn your attention to these recording artists, instead. From their creative senses of fashion to their empowering messages, these ladies are breaking boundaries across a wide range of genres — you will have them on repeat all summer long. 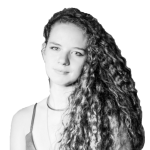 Claire Nenninger is a senior in the College. A.V. ID appears every  other Saturday.