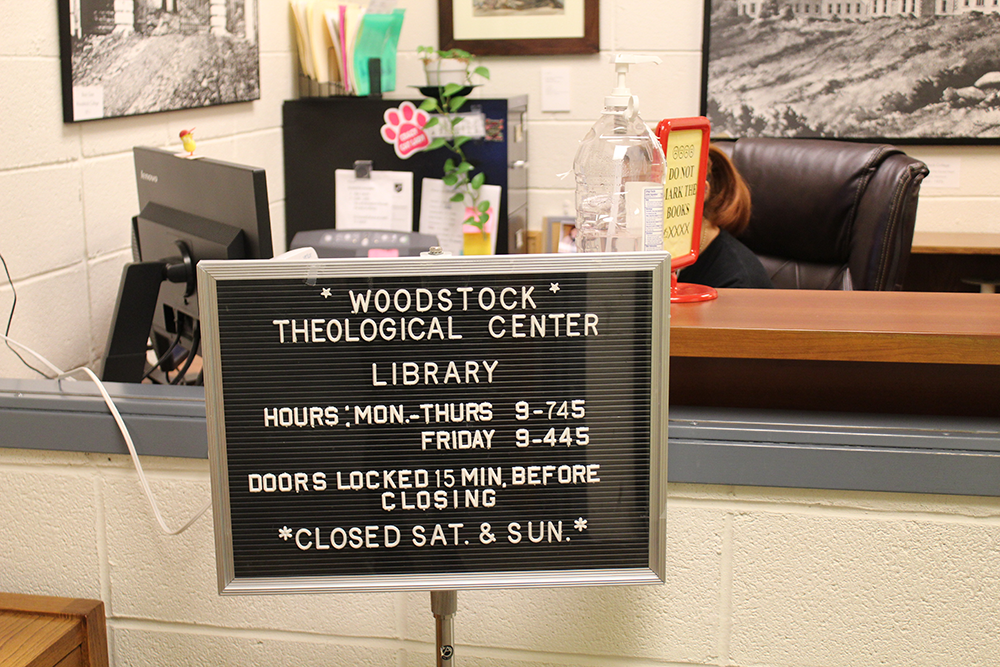 The Woodstock Theological Center moved into Old Ryan, now known as Ida Ryan Hall, in 1978. Over the next several decades, three priests credibly accused of sexual misconduct would work at Woodstock, a Jesuit-run research institution housed on Georgetown’s campus. All three lived in the Woodstock Theological Residence, two blocks away from the university’s front gates.

Nineteen years after the center’s opening, Woodstock hired Fr. William J. Walsh, S.J., who was later found to have committed sexual abuse in at least four locations, according to a December 2018 report issued by the Maryland Province of the Society of Jesus. Walsh sexually abused five of his nieces hundreds of times while they were between 5 and 14 years old.

The Maryland Province moved Walsh to Woodstock from ministry in China after his nieces reported his abuse to the province in 1996. He worked there until his nieces went public with their abuse in April 1998, when he moved to Ferdinand Wheeler House, a Jesuit residence in Baltimore.

Fr. Thomas Gannon, S.J., came to Woodstock as its director in 1983 after sexually abusing a minor at a church in Highland, Ind., that same year and abusing two adults in the 1970s while he worked as chair of the sociology department at Loyola University Chicago. He served as director of the center for three years and taught Georgetown University undergraduates as a sociology professor at the same time.

Woodstock, which closed in 2013, is one of several spaces on Georgetown’s campus where Jesuits — including perpetrators of clerical sexual abuse — worked, lived and rest in peace. The university has maintained that the Jesuit order independently manages these spaces, but archival material and interviews with clerical abuse experts suggest close administrative links between Georgetown and spaces on campus that housed some abusers — who may have interacted with students.

Woodstock first came to Georgetown in May 1975, when it was located in the first floor of Car Barn. Three years later, the center moved to the Georgetown Jesuit Residence in Ryan Hall.

Woodstock was moved to Ryan Hall following a need for a central location with a larger space for discussion and research, according to Fr. Robert Mitchell, S.J., the Woodstock director from 1976 to 1979.

The New York and Maryland Provinces financed and managed Woodstock. The center was a reincarnation of Woodstock College, a Jesuit seminary that operated from 1869 to 1974 outside Baltimore. The Maryland Province also owned and operated Georgetown until 1968, when the university became an independent institution.

Woodstock has always operated independently of Georgetown, according to a university spokesperson.

“The Woodstock Theological Center has always been an independent, Jesuit-sponsored research institute staffed, operated, and funded through the Maryland Province,” the university spokesperson wrote in an email to The Hoya.

Woodstock fellows were encouraged to teach at Georgetown and other universities, however, according to a 1976 letter by Fr. Joseph Panuska, S.J., who served as a trustee for Woodstock from 1974 to 1979.

“Your relationship to the University is something which is important both to you and to the University community,” Panuska wrote in the letter to the Woodstock Community. “I can understand how some slight teaching might be both intellectually stimulating and even psychologically helpful—in addition to serving real teaching needs.”

Jesuits typically came to Woodstock in order to pursue scholarly research, according to Fr. John Langan, S.J., acting director of the Woodstock Theological Center from 1986 until 1987 and a senior fellow at the center from 1976 until 1995.

“It is not a particularly mysterious or remote process,” Langan said in a phone interview with The Hoya. “It was more like ordinary academic recruitment. That is, people came to work there because they had projects they wanted to pursue or because they had areas of expertise in areas that we were interested in working on.”

Before 2002, when the Boston Globe’s Spotlight report exposed the Catholic Church’s sexual abuse cover-up, Woodstock did not commonly track sexual misconduct allegations during the hiring process, according to Langan.

“Woodstock is a research institution, and so it doesn’t have a well-defined clientele of students or faculty,” Langan said. “There is not the kind of direct pastoral responsibility or the likelihood of situations that are focused on the discussions of the abuse of children. I think most of the time we didn’t think much about that.”

“This all exploded in the fall of 1984 in Louisiana,” Doyle said in an interview with The Hoya. “And the media, all of a sudden, changed its tune. Now they could — they weren’t afraid of the church.”

Members of Woodstock worked in Ryan Hall, but they also lived just off campus in the Woodstock Theological Residence, two blocks from Georgetown’s front gates.

Walsh, whose history of abuse was known to the Maryland Province, arrived at the second floor of Ryan Hall each day and worked alongside Georgetown students, according to Fr. Leon Hooper, S.J., current acting director of the Woodstock Theological Library, who worked with Walsh from 1996 to 1998.

“We did have some student workers there,” Hooper said in an interview with The Hoya. “You know, there was almost a little commune they had up there. The place would be open at nights, and you know the students. It was their study hall. It was their community.”

No students lived in Ryan Hall when it housed the Woodstock Center, and the center’s director conducted all hiring, according to a university spokesperson.

Even when sexually abusive priests are reassigned to research or administrative roles without direct access to children and young adults, perpetrators can never be fully isolated, according to Doyle.

“The myth has always been: ‘We’ve got father so-and-so and he’s perpetrated a couple of times, so we’re gonna give him an assignment where he is not near young people,’” Doyle said. “The only place that you could do that is send him to Antarctica, because if you put them in a convent or a hospital, all you’ve got to do is walk outside.”

Beyond their presence on and off campus, Jesuit priests are also buried on Georgetown’s campus.

The Jesuit cemetery on Georgetown’s campus near Harbin Hall serves as a resting place for over 320 Jesuits with ties to the Georgetown community. Among the Jesuits buried in the cemetery is longtime Georgetown administrator Fr. Martin J. Casey, S.J., who worked at Georgetown from 1973 until his death in 2006.

Casey faced an accusation of sexual abuse of a minor from 1959, deemed plausible by the Maryland Province in a December 2018 report.

Jesuits, including credibly accused perpetrators like Casey and Fr. Daniel O’Connell, S.J., who was stripped of his emeritus title in March 2019 in response to inquiries from The Hoya, can request where they would want to be buried upon death, a request that is usually honored, according to Fr. Brian McDermott, S.J., special assistant to University President John J. DeGioia.

“I think if you died and you’ve asked to be buried there and you served at Georgetown, especially if you die while serving at Georgetown, you go there,” McDermott said in an interview with The Hoya.