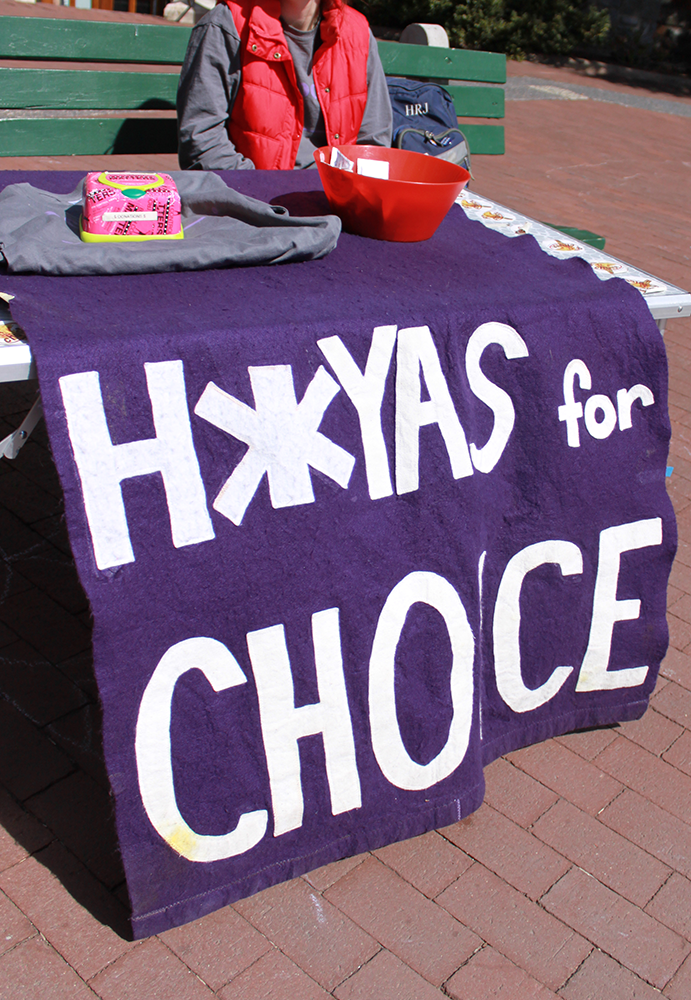 Unrecognized student groups will now have some access to previously restricted benefits, such as co-hosting events with recognized groups and reserving campus space, after the creation of a GUSA apparatus to provide benefits announced yesterday.

Groups like H*yas for Choice, which have not been able to access the benefits available to recognized clubs because of lack of university recognition, will now be able to access benefits through a GUSA partnership. Unrecognized groups will be able to use storage space, reserve classrooms and use printing services through the GUSA executive, rather than through direct connection to university services and offices, like recognized student groups.

These groups will still lack university funding and will not be able to use the university logo, both of which are benefits delegated to recognized student groups.

The changes were not addressed in a campus-wide email sent by Vice President for Student Affairs Todd Olson and GUSA President Trevor Tezel (SFS ’15) announcing changes to the Speech and Expression Policy on Monday, but were announced via a GUSA press release championing the change for unrecognized groups.

Since the ability to access these benefits stems from a GUSA apparatus, the change did not require any university policy modifications.

The university gave storage space on the mezzanine level of Regents Hall to GUSA, which will delegate it to non-recognized student groups, pending approval from the GUSA Senate Finance and Appropriations Committee.

“That is pending approval, but we’re pretty confident that it will pass. This combination of new benefits for students will really help benefit free speech on campus,” Tezel said.

H*yas for Choice President Abby Grace (SFS ’16) said that she is excited about the new storage space that will be available to clubs without access to benefits.

“That’s something we’ve definitely talked about working toward. We’ve sat down and had extensive meetings with them on pretty much what it means what are the barriers we see we’re working with,” Grace said. “And to be completely frank with you, I have like 2,000 condoms in my living room right now.”

While most of the access to benefits changes are through a GUSA initiative, the updated university Speech and Expression Policy has also changed to allow recognized student groups to co-sponsor events with any other group, regardless of its access-to-benefits status.

Grace said that this policy change will make event sponsorship easier for H*yas for Choice and other unrecognized groups.

“That’s definitely one of our biggest problems when coordinating other groups on campus that might have similar interests on specific events, making sure that they’re not facing any backlash from the administration for working with us,” Grace said.