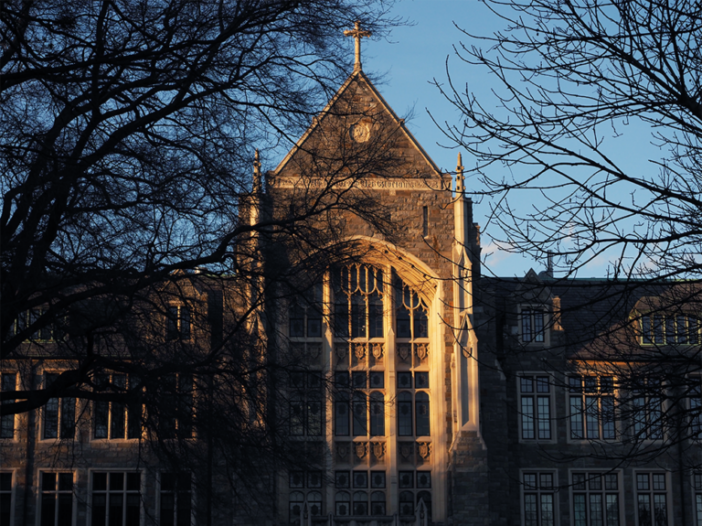 CW: This article discusses clerical sexual abuse on campus. Please refer to the end of the article for on- and off-campus resources.

In June, the university rescinded all honorifics from Freeze after a former undergraduate student contacted the university alleging that Freeze forced him to engage in nonconsensual kissing and touching. The university announced on its Title IX page that an undisclosed number of Georgetown graduates have since brought forth similar allegations against the former provost.

Freeze worked at Georgetown from 1971 to 1991, serving as assistant dean before becoming provost in 1979.

After the June announcement, University President John J. DeGioia (CAS ’79, GRD ’95) formed a working group of the university board of directors specifically dedicated to investigating clerical sexual abuse on campus. The board is led by DeGioia and staffed by three Georgetown graduates.

On Sept. 11, The Washington Post reported that one of the additional graduates had come forward to them. The survivor said that Freeze “reached over and placed his hand” on the survivor’s crotch during a private dinner. The survivor subsequently attempted to report the incident to the university president at the time, Fr. Timothy Healy, S.J., but the office of the president referred him to campus ministry, The Post reported.

After attempting to reach university officials again in February 2020 and being redirected to the Office of Institutional Diversity, Equity and Affirmative Action, the survivor met virtually with the working group of the board of directors. He told The Post that the working group would not disclose the number of additional survivors who had brought forth allegations against Freeze and instead read him a “written statement of apology.”

Freeze is the 16th publicly known Georgetown-affiliated priest or nun accused of sexual abuse. Prior to rescinding all honorifics from Freeze, administrators also revoked an honorary degree from former Washington, D.C. Archbishop Theodore McCarrick in February 2019 amid allegations of sexual misconduct and student advocacy calling on the university to take action. In August, McCarrick became the first cardinal in the United States to be criminally charged with a sexual offense against a minor. In March 2019, administrators also revoked emeritus status from Fr. Daniel C. O’Connell, S.J., just eight days after receiving questions from The Hoya about past allegations of sexual abuse against him.

A university spokesperson said the university is working with the USA East Province of the Society of Jesus, an organization that assigns Jesuits to Georgetown and other East Coast schools, to address the clerical sexual abuse crisis.

“We have engaged with the USA East Province, which has now committed to readdress and strengthen its policies and processes for sexual misconduct perpetrated against adults, and to more fully share with Georgetown information regarding sexual misconduct of any kind,” a university spokesperson wrote in an email to The Hoya.