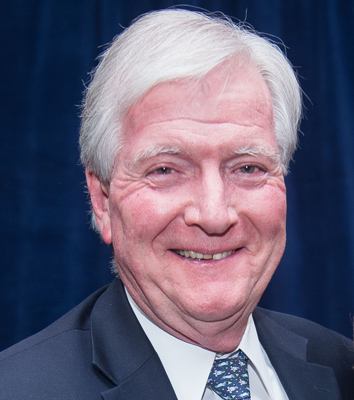 The university’s undergraduate admissions yield for the Class of 2019 stands at 47.6 percent, an approximate 1.6 percent increase from last year’s rate, as of May 1.

Before moving to the wait list, the Office of Undergraduate Admissions received 1,525 acceptances of admissions offers, the exact same number as last year at this point. Students have since been moved off the wait list. The target enrollment per class is 1,580, given the stipulations of the 2010 Campus Plan agreement.

Early action yield boosted the overall rate, with around 56 percent — approximately 570 students — accepting early action offers. Students admitted during the regular decision round accepted at a rate of roughly 44 percent.

Minority student yields across the board were slightly lower than the total yield.

He added that yields also vary by geographic location, attributing this trend partly to legacies and recruited athletes, who tend to come from closer regions.

“In general, the states that yield the highest are the ones that are in the more typical areas in the Northeast: New York, New Jersey, Maryland,” Deacon said.

Of the 1,200 to 1,300 students who attend a Georgetown Admissions Ambassador Program weekend event, around 75 percent will choose to attend Georgetown. Deacon said he believes that much of the student-to-student contact from GAAP weekends helps students choose Georgetown.

“There’s a lot of things that I think are done pretty much student to student,” he said. “We obviously are encouraging that, and helping to facilitate it or whatever we can do.”

Tanner Davis (SFS ’17), GAAP director of national prospective student outreach, said increasing yield is a goal of the program, which involves hundreds of volunteers and months of preparation.

“I’m glad to hear that the weekends have such a high yield because it means that we are doing something right,” Davis said. “Nevertheless, we are constantly working to improve the experience for both the students and parents in order to achieve even higher yields in the future.”

Spots for the Class of 2019 in the McDonough School of Business and the School of Nursing and Health Studies have been completely filled, with a 55 percent yield for each school. Wait list offers will be awarded to select applicants to the School of Foreign Service and Georgetown College, which yielded 45 percent and 41 percent of offers, respectively.

In the College, science classes and incoming science major spots have all been filled. A record-high of 25 students in the Class of 2019 have also indicated that they intend on becoming physics majors. Because of the high number of intended science majors, Deacon said the College wait list is expected to see movement only for students with undeclared majors.

The admissions office first offers around 2,000 people wait list spots, and roughly 1,200, or 55 percent of those applicants, will accept. By the end of April, around 1,000 students will opt to stay on the wait list.

By May 15, the admissions office will have offered around 100 students on the wait list a spot for the fall semester. Deacon estimated that around 80 will accept the offer.

Additionally, 100 to 150 students will also be given the opportunity to stay on an extended wait list through June 30, of which Deacon estimated around half will accept. The final spaces in the Class of 2019 will be filled from this pool of students.

Deacon said that unlike many other universities, an enrollment cap set by the 2010 Campus Plan  agreement tightly constricts the Georgetown undergraduate admissions office to a set number.

“With the enrollment cap outside the gates being a big issue, we can’t take the chance of being over so we always try to be conservative and the wait list is the way we fill [the class] up to the top,” Deacon said.

He also estimated that around 60 to 65 of the students who originally committed on May 1 will not end up joining the Class of 2019 in the fall. He said roughly 25 of these students are expected to defer admission, while approximately 40 will likely withdraw after receiving wait list offers from other schools or in the face of financial difficulties or illnesses.

According to Deacon, there are 10 schools that Georgetown will most likely lose a student to if he or she receives a competing offer, including the eight Ivy League schools, Stanford, the Massachusetts Institute of Technology and Duke.

Just under 2,100 students applied for transfer to the university, and 190 applicants received offers. The Office of Undergraduate Admissions aims to matriculate around 150 transfer students, and works closely with the registrar to determine how many seats are still available for classes in the fall.

The transfer wait list lasts until August, with some students receiving acceptances the first day of registration during the fall semester. Starting last year, the Office of Undergraduate Admissions created an extended wait list that selects a few students for admission.

Other students on the transfer wait list are accepted for the spring semester. Last year, around 12 students accepted this enrollment plan, and four students were able to enroll in the fall. The remaining eight students enrolled in January.

Deacon said he does not plan to use this system with freshmen.

“[Transfers] are a little more willing to take it to that edge,” Deacon said. “That’s the ultimate precision with enrollment.”