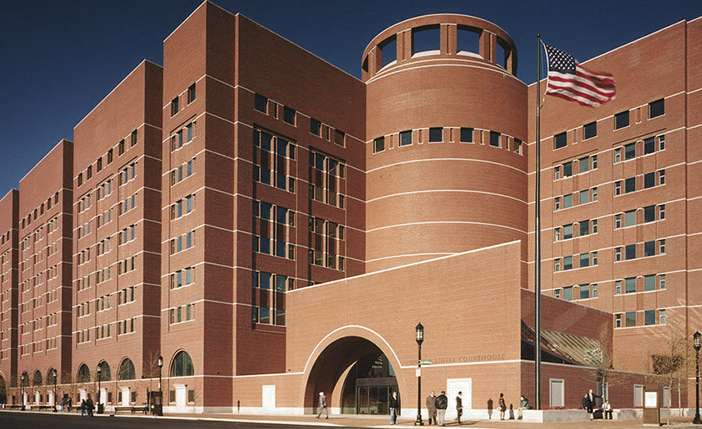 Four parents accused of bribery and fraud to gain their children’s acceptance to Georgetown University pleaded guilty for their roles in the college admissions scandal Monday.

Manuel and Elizabeth Henriquez, Douglas Hodge and Michelle Janavs, who all initially pleaded not guilty, changed their pleas to guilty in a Boston federal court. The plea change comes as trials from the March 2019 scandal are expected to begin soon; prosecutors have warned their clients about potential new charges that might come against parents who do not enter a plea deal, according to The New York Times.

Prosecutors alleged that the Henriquez parents paid $400,000 for their daughter, Isabelle Henriquez, to be fraudulently admitted as a tennis recruit to Georgetown in 2016, in addition to paying for both of their daughters to use a fraudulent test proctor on their college entrance examinations on four separate occasions.

Attorneys for Manuel Henriquez, former CEO of a financial firm, declined to comment for this story. Attorneys for Elizabeth Henriquez did not respond to a request for comment.

Hodge, former CEO of a global investment management firm, also pleaded guilty to participating in the scheme. Hodge’s daughter was accepted to Georgetown as a tennis recruit in 2008 but never played tennis at the university. Two of Hodge’s children were also accepted to the University of Southern California as fake athletic recruits.

Michelle Janavs, whose uncle and father invented Hot Pockets, allegedly paid $400,000 for her son, Grant Janavs (COL ’21), to be admitted as a fake tennis recruit to Georgetown, according to an April 2019 indictment. Michelle Janavs is accused of perpetrating a similar scheme to admit her daughter into USC as a fake beach volleyball recruit, as well as paying for her children to use a fraudulent proctor for the ACT in 2017 and 2019, according to the April indictment.

During his appearance in court, Manuel Henriquez, who became visibly emotional, conceded that he was guilty but maintained that he did not willfully participate in a bribe, according to The New York Times. Henriquez said he believed he was making a legal donation to Georgetown’s tennis program but was misled by William “Rick” Singer, whose company, Edge College & Career Network, was at the center of the scheme.

“I am deeply sorry for the actions that I have taken and the awful and destructive impact it has had on the family, my children,” Henriquez said in an exchange reported by The New York Times. “I provided a donation to the foundation rather than to the university directly, because Mr. Singer insisted that that was the way it had to be done.”

Stephen Semprevivo, who paid $400,000 for his son to be accepted to Georgetown as a fake tennis recruit, was sentenced to four months in prison in September. His son, Adam Semprevivo, who would have graduated from Georgetown in 2020, was expelled in May 2019 and filed a lawsuit against the school, which he subsequently dropped. (Full disclosure: Semprevivo formerly served as the cartoonist for The Hoya.)

Former Georgetown tennis coach Gordon Ernst was the key to the success of these schemes, enrolling the four parents’ children as fake tennis recruits. Ernst was asked to step down for his misconduct in admissions before the scandal was made public, according to Associate Vice President for Strategic Communications Meghan Dubyak.

“In 2017, Georgetown’s Admissions Office discovered irregularities in the athletic credentials of two students who were being recruited to play tennis,” Dubyak wrote in an email to The Hoya. “Neither student was admitted. Georgetown immediately put former coach Gordon Ernst on leave, initiated an internal investigation, established a new policy concerning the recruitment of student athletes, implemented audits to check whether recruited student athletes are on team rosters, and asked Mr. Ernst to resign.”

Ernst received at least $2.7 million in bribes through Singer to designate his clients’ children as tennis recruits, totaling at least 12 students, according to the March 2019 indictment.

Following the March 2019 indictment, Georgetown contacted students who may have been involved to give them an opportunity to respond. After the university’s review of information related to the admissions scheme, two students were dismissed from Georgetown, and their admissions offers were rescinded, according to Dubyak. The university has not named the two students, and Georgetown does not comment on individual cases, according to Dubyak.

Grant Janavs is still enrolled at Georgetown, according to his LinkedIn.

Knowingly misrepresenting information on an admissions application can be cause to rescind admission or dismiss a student, according to Dubyak.