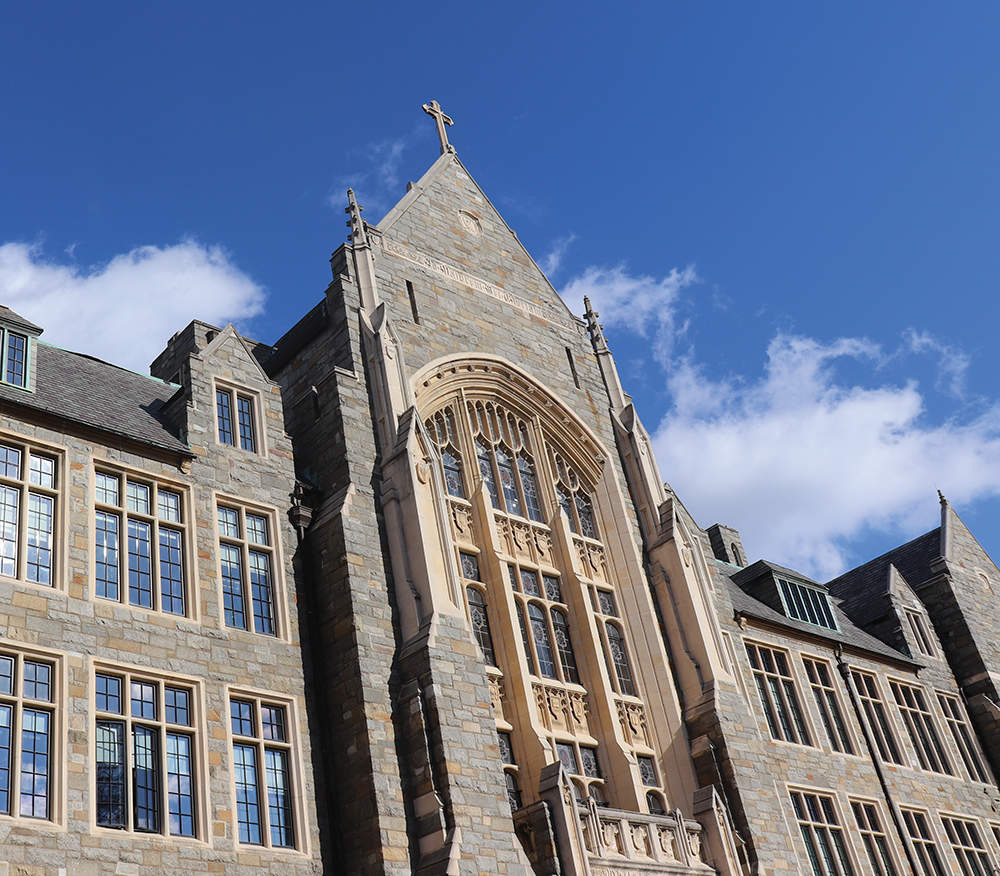 “This is the lowest April 1 admit rate,” Deacon wrote in an email to The Hoya. “Although the pool was virtually unchanged from last year’s record number, we did offer 130 fewer acceptances because the yield (those saying yes) has increased and last year we enrolled 1621 with a goal of 1600.”

This year marks a slight decrease in the size of the applicant pool compared to last year’s record-breaking high of 22,897 applicants, which followed the previous record of 21,459 applicants for the Class of 2021.

The School of Nursing and Health Studies saw a 12 percent rise in applicants since last year’s admissions cycle, with a total of 1,682 applications compared to last year’s 1,500. This year, 222 students were admitted to the NHS with an acceptance rate of 13.2 percent, the lowest acceptance rate of the four undergraduate schools.

Outside of the NHS, each undergraduate school saw a decline in the size of its application pool since last year, resulting in a lower number of applicants overall compared to the Class of 2022.

The College received 13,704 applications with an acceptance rate of 13.6 percent; the School of Foreign Service accepted 14.5 percent of its 4,109 applicants; and the McDonough School of Business had a pool of 3,322 applications, accepting 15.9 percent.

Georgetown remains need-blind when reviewing applications and guarantees to meet demonstrated need for all accepted students, according to Deacon. The policy has been in place since the late 1970s.

Legacy students make up 8.7 percent of the admitted class of 2023, according to Deacon.

“Of the 3202 total admits, just 2.5% received a legacy tip since most legacy admits are competitive on their own merits,” Deacon wrote.

This admissions cycle comes amid a March 12 indictment by the Department of Justice in which a former Georgetown tennis coach was charged with accepting bribes from parents in exchange for their children’s admission to the university. The coach left the university in December 2017 after an internal investigation.

Student athletes are admitted to the university through a recruitment process spearheaded by university coaches, according to Deacon.

“Coaches recruit talented student athletes and have been allowed to support the admission of a limited number of these athletes,” Deacon wrote. “The role of admissions is to verify the academic talent of those recommended.”

This admissions cycle, the university received the highest number of applicants from California — 2,632 — followed by 2,527 applications from countries outside the United States and 2,177 applications from students in the state of New York.

Georgetown’s separate application limits its applicant pool to those who are seriously interested in the university, allowing most applicants to interview with an alumnus and personalizing Georgetown’s admissions process, according to Deacon.

“We have never deviated from the belief that a student centered admissions policy begins with the relationship established between the student and college through the application process,” Deacon wrote.

This article was updated on April 6 to clarify the age of the median income data.