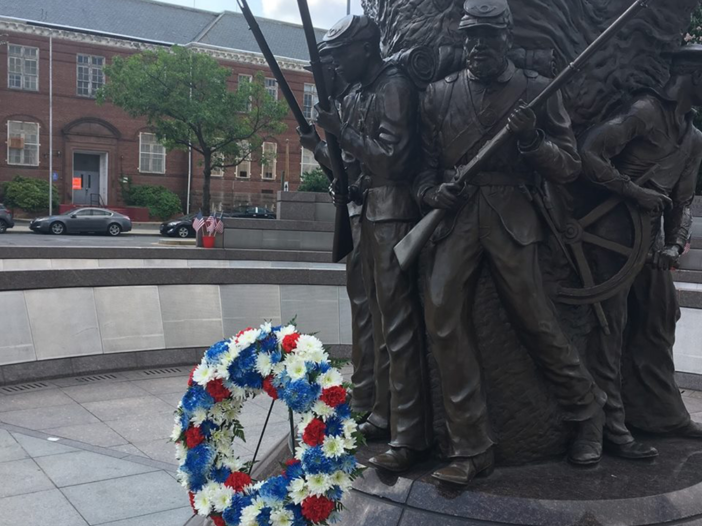 The museum tells the stories of 209,145 members of the U.S. Colored Troops who fought for the Union during the Civil War — stories history has largely ignored, according to the museum website. The museum originally opened in 1999. In April 2011, it moved to the gymnasium of the Grimke School, a historic building near U Street named after prominent abolitionist sisters.

With the school vacant since 2013, the museum decided to expand to take over the school’s space with the assistance of the D.C. government, according to museum founder and director Frank Smith.

“The building belonged to the city and they simply sold it to us,” Smith said. “It is a historic building that was built in 1870, that over the years has undergone great disrepair and neglect. So, we’re bringing life back to a historic building, and also providing a permanent home to the museum.”

The expansion will create more space for exhibits, including primary and secondary sources from thousands of African-American veterans and their descendants. Growing the museum continues the mission that Smith and his colleagues began over twenty years ago.

“The first thing was to correct the great wrong in history, which was to ignore the contributions of these African-American soldiers in ending slavery and keeping America united under one flag,” Smith said. “They were pivotal to those things, and yet they got very little respect in history, literature, movies, or any of the usual things that we use to celebrate and honor it.”

The additional goal of the museum, Smith said, is to contribute to the U Street corridor’s rejuvenation. In 1968, riots following the assassination of Martin Luther King caused mass property damage and a dozen deaths in the area, and Smith hopes the museum can help contribute to the neighborhood’s ongoing growth.

“We’ve had a small museum for years, we’ve always wanted to enlarge it, enlarge the story, and also to help improve the neighborhood,” Smith said. “We’re claiming this historic building and turning it into a community resource.”

Smith noted the museum’s numerous outreach efforts, such as bringing more children to museums, as an example of the way the museum seeks to uplift not just the neighborhood but D.C. as a whole.

“We have a study that says that children who visit museums do better in school and life than ones who do not, but it says also lower income kids don’t go to museums,” he said. “We have a team of people who go into the schools, work with teachers, arrange with them to bring the students to our museum.”

He hopes that the museum will impact every D.C. student.

“My goal is to, within five years, have every student who goes to a D.C. public school to have had at least one visit to this museum and several other museums,” Smith said. “A rising tide ought to lift all boats. If going to museums helps kids, and we got the best museums in town, we ought to have it at their schools.”

The project will also create 100 new jobs and 68 homes on the property, including 21 affordable units, according to an Oct. 17 news release from the Office of the Mayor.

“The redevelopment of the historic Grimke School showcases how we can build more housing and create more jobs in a way that preserves our culture and history,” Bowser said in the news release.

The project at Grimke began as a statue monument to the soldiers on U Street, which Smith said helped to ultimately increase the scale of the endeavor.

“It’s pretty easy to go from a monument to a museum when you have the attention of the public, and the descendants are bringing in their documents, their artifacts, their uniforms,” Smith said. “We have paid honor where honor was due to the heroic efforts of African American soldiers, and their white colleagues, as were most of the officers that led them into battle.”