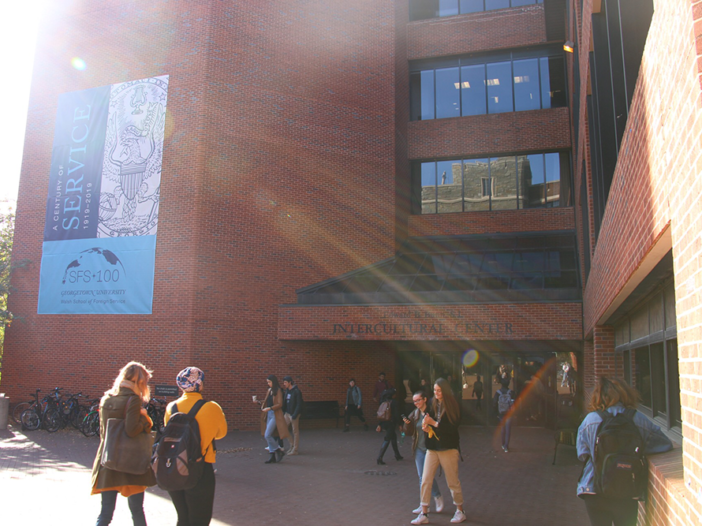 The June 24 letter, authored by 10 chairs and directors of African American studies programs at Catholic universities across the country, criticizes university leaders’ insufficient statements against systemic racism and requests more funding and meaningful actions instead.

Though the letter acknowledges statements made by many of the schools’ presidents regarding the police killings of George Floyd and Breonna Taylor and other recent killings of Black Americans that have led to nationwide protests, it characterizes the statements as passive and complicit in continuing injustice.

“Statements and apologies without clear plans for transformation and accountability are empty,” the letter reads. “Worse, such incomplete approaches exacerbate conditions long in need of remedy.”

Calling on their universities’ religious principles, the letter asks universities to actively undo their historical role in suppressing Black voices by exercising their institutional and financial power.

“Catholic institutions, while guided by principles of faith, wield significant symbolic, political, social, and economic power. Academic institutions such as ours have been as complicit in limiting Black potential as any other institution over the past two centuries or longer,” the letter reads. “We call for conversion: our institutions must reorient themselves to the common good, privileging the perspective of the most marginalized.”

The letter lists 13 suggestions the schools should follow, including reconsidering relationships with campus police, hiring more Black faculty and ensuring financially stable African American studies departments. The letter also calls on university administrations to respect the rights of students to protest and warns against community gentrification.

Other academic departments and student groups have increased pressure on Georgetown in recent weeks to rethink school policies and more proactively pursue anti-racist initiatives on and off campus. Faculty in the School of Foreign Service sent a letter to the school’s administrators urging them to diversify faculty and revamp the curriculum.

Student activists formed the GU272+ initiative, renewing calls to implement the reconciliation fee overwhelmingly endorsed by the student body in April 2019. GU272+ has also pushed the school to cut ties with the Metropolitan Police Department and better support Black students on campus.

In a coinciding statement shared with The Hoya by Horton-Stallings, Georgetown’s department of African American studies made more university-specific recommendations to administrators, including terminating relationships with Washington, D.C. police and reallocating money from the Georgetown University Police Department.

“We suggest deepening commitments to the Black Survivors Coalition and other student of color organizations, supporting the growth of the Department of African American Studies, being an active leader in curtailing the attacks on academic freedom (student/faculty protests), reversing the corporatization of higher education, and increasing accessibility for and accountability with D.C.’s black communities,” the statement reads.

The department also offered guidelines for how the greater Georgetown community could get involved with financial commitments and greater departmental support.