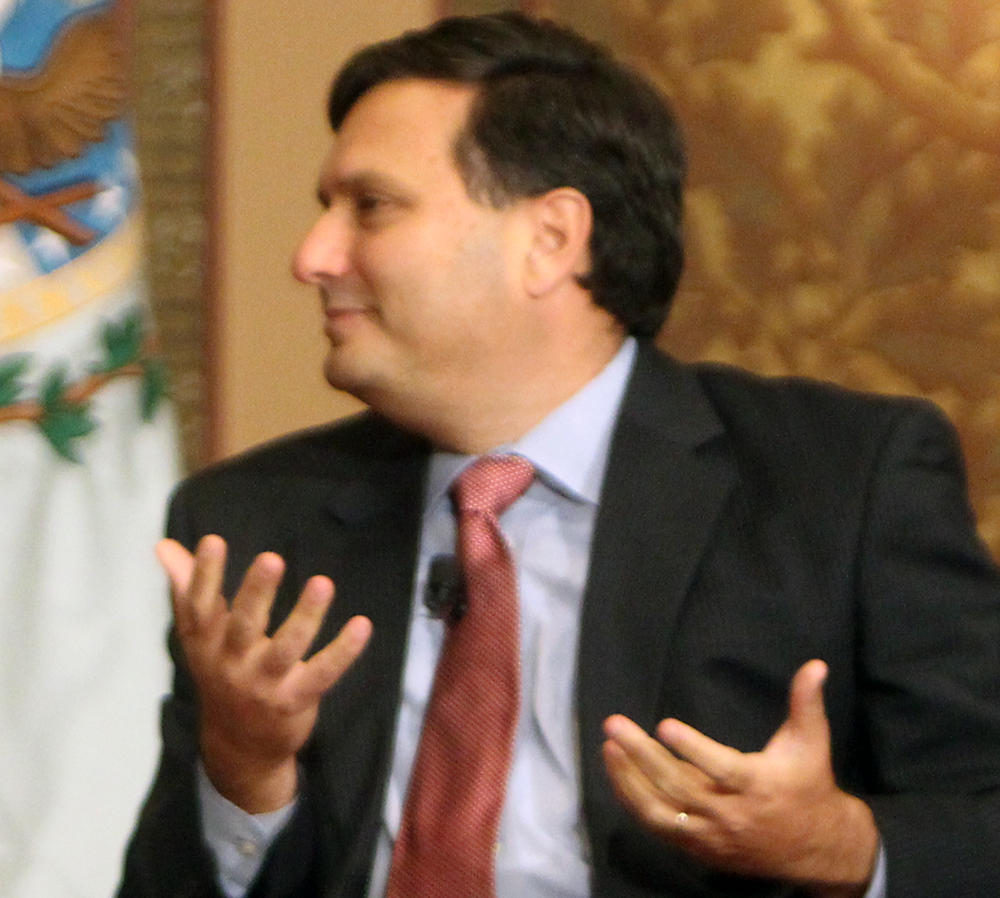 Adjunct professor Ron Klain (CAS ’83) concluded his 130-day appointment as the White House’s Ebola response coordinator Feb. 13, having directed the United States’ reaction to the outbreak both domestically and internationally.

Klain, who was appointed by President Barack Obama as a special government employee on Oct. 17, midway through his fall-semester course, was colloquially known as the “Ebola czar.” After leaving the government position, he returned to investment firm Revolution LLC, where he serves as general counsel, and will resume teaching at Georgetown in the fall.

Obama praised Klain’s leadership over the past five months.

“I chose Ron for a reason: I have known him to be nothing less than an effective, dedicated, and tireless manager and leader,” Obama said in a Feb. 12 statement. “And those traits have been on full display since October, as Ron has helped marshal our whole-of-government approach to tackle Ebola at the source in West Africa and to fortify our preparedness here at home.”

The outbreak, which began in 2014, was the first Ebola crisis to reach epidemic levels. The World Health Organization, as of March 4, has reported over 24,000 confirmed, probable and suspected cases of Ebola around the world, with more than 9,800 deaths. Over 23,900 cases and all but 15 deaths occurred in Guinea, Liberia and Sierra Leone.

Klain was appointed to his position after four confirmed cases of Ebola appeared in the United States in the last week of September and the first three weeks of October.

Of the four cases in the United States, one patient died Oct. 8, while the other three were declared Ebola-free by the first week of November. Klain said he was never concerned about the outbreak of a full Ebola epidemic in the United States, focusing instead on improving facilities across the country to handle the magnitude of such diseases.

“We’re very fortunate in America to have a fantastic public health system and fantastic set of private health care providers as well, and that was always our ace in the hole,” Klain said to The Hoya. “We did learn that we didn’t have enough facilities really ready to deal with this kind of infectious, dangerous disease … and we did beef that up over the course of my tenure.”

Obama sent an emergency funding request to Congress Nov. 5 asking for $6.2 billion to fund the international and domestic Ebola response. Within five weeks, a bipartisan majority in both the House and Senate approved an allocation of $5.4 billion.

According to Lawrence Gostin, the director of the O’Neill Institute for National and Global Health Law at the Georgetown University Law Center, Klain was instrumental in serving as a liaison between the White House and Congress. Klain previously served as chief of staff to both Vice President Al Gore and Vice President Joe Biden and directed the implementation of the American Recovery and Reinvestment Act of 2009.

“He was chosen because he has enormous experience in coordinating multiple government activities and is a really good negotiator,” Gostin said. “He built a bridge to the White House and Congress, and he had the ear of the president.”

Klain noted that the improvement in domestic capacity was crucial to contain the epidemic of fear that had threatened to consume the country.

“I don’t think you can talk people out of fear, I don’t think you can persuade people that they are wrong to be fearful,” Klain said. “I think what people have to believe is that you’ve put in the measures to protect them, to the greatest extent possible, and to fight the threat to the greatest extent possible. That’s really what builds confidence and what eases fears.”

Days after Klain assumed his role, New York Governor Andrew Cuomo and New Jersey Governor Chris Christie announced on Oct. 24 that healthcare workers returning to the two states after treating Ebola patients in West Africa would be put under a mandatory quarantine.

Klain vocally opposed these measures and argued the quarantines unnecessarily added to public fear. During his tenure, Klain developed a separate monitoring system.

The policy, adopted by 38 states, included twice-daily temperature checks for the first 21 days the workers were back in the country. Quarantine would only be implemented if they showed signs of being contagious or dangerous, such as an increased temperature.

Despite the improved domestic response, the Ebola crisis showed flaws within the World Health Organization’s abilities to effectively detect and respond to the outbreak internationally.

“Globally we have a big challenge. What Ebola showed is that World Health Organization isn’t really ready to deal with something like this. We need to reform the WHO to improve their ability to detect and respond to outbreaks like the Ebola outbreak before it became an epidemic,” Klain said.

Gostin praised Klain’s attention to the crisis in West Africa in addition to his development of domestic policy.

“The United States and particularly the president, with Ron Klain’s assistance, achieved a great deal in the Ebola response. They deployed military assets to the region, which I think was enormously important and enormously inspirational,” Gostin said.

In 2015, the Ebola rate has declined even in the West African countries hit hardest by the disease; Liberia had no new cases this past week for the first time since May, while the total number of new cases per week globally has fallen to under 100.

“If there is anything that this experience has taught the world is that we are all very much interconnected, as well as the serious economic and social implications it can have on a country,” Ayala said. ”It is critical that the lesson stays with us for as long as it can, so that we do not lose sight of the importance of having strong public health systems across the world.”

When Klain was appointed in October, he drew criticism, primarily from Republicans in Congress, for his lack of scientific background. Professor of Health Systems Administration and Population Health Michael Stoto stated that Klain’s lack of experience allowed him to coordinate effective policy.

“I think it was right to have someone who was not [a scientist or physician],” Stoto said. “What they didn’t need was one more expert. The challenge that they had to deal with was that they had a lot of experts, who all had different views, and what they needed was somebody to coordinate.”

“I really think what some of the politicians have done for political advantage — they said things that are flat out wrong — were really shameful,” Stoto said. “For the country to respond to something like this, what we really need is trust in our system and trust in our elected officials.”

Upon his October appointment, Klain had to leave his government seminar, “Presidential Debates,” which he had taught since spring 2012, in order to assume his duties as Ebola czar.

Klain will return to teaching next fall.

“Part of being back in the private-sector is being able to return to Georgetown to teach. I felt very badly when the call came last fall, I had to leave my class in the middle of the term,” Klain said. “I will be back in the fall teaching again and I’m really looking forward to that, getting back on campus and having the chance to work with [students].”