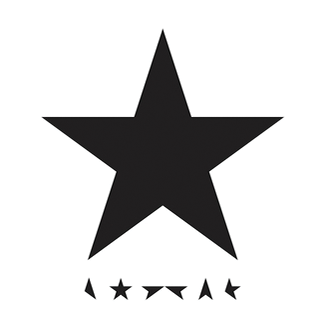 David Bowie’s latest and greatest album, “Blackstar,” is haunting. Released Jan. 8, two days before the passing of the British rock legend, this poignant collection of songs bookends the singer’s life, both a tribute to his classic style and an introduction to a new cosmic musical world. With the fuzzy sounds of jazz and rock dancing with strange techno beats and wandering lyrics, the whole album is an experiment that nonetheless honors the familiar artistry that made Bowie such an innovative artist. The result is something not quite euphonious but especially satisfying.

“Blackstar,” the first track on the album, thrusts the listener into this incredibly personal album by pulling back the curtain to reveal what feels like Bowie’s own conscience. In an alien and offbeat intro, Bowie repeats lines like “In the villa of Ormen / Stands a solitary candle in the center of it all,” eerily discussing execution and almost foreshadowing his own passing. The mood of the song changes to a softer and more ethereal sound, marked by images of death and falling angels. With the verse “I’m a black star / I’m not a film star / I’m not a pop star,” Bowie constructs an autobiographical elegy, culminating in a dream or premonition of his own death. The cacophonous clash of instruments behind his vocals sounds heartbreaking, a celebration of life and noise and color for which Bowie is so well known.

The third track, “Lazarus,” which echoes the feel of the first track, is a dramatic and stellar song that marries melancholy and a distinct techno sound, capturing the altogether otherworldly existence that Bowie has found. The lyrics are key to making sense of the songs on “Blackstar,” but especially so on this track, as he directs the listener: “Look up here, I’m in heaven.” Through incredibly vivid and evocative language paired with long instrumental jazz solos, Bowie paints a picture of himself as a bluebird released into the sky, free and wildly peaceful as he leaves the earth behind. The coincidental parallels between his imagined art and reality are most noticeable here, yet the song is still accessible to a general audience as Bowie sings of escapism and happiness.

Be forewarned: while this album may be an incredibly intimate look into Bowie’s mind and person, it also features painfully avant-garde sounds. “Sue (Or In a Season Of Crime)” has familiar rock ’n’ roll elements urgently driving the song, but with an electronic and starry-eyed undertone. It feels like a very cinematic song, with almost science-fiction-esque storytelling about clinics and x-rays. It produces a larger-than-life sound that challenges the boundaries of popular music and takes on the role of an experience rather than merely a track on an album.

On the other side, “Girl Loves Me” is stripped of the theatrical production and sound with its much darker and softer chorus and absolutely nonsensical lyrics. While the incoherence of the message lacks the sentimental value that past songs like “Heroes” and “Space Oddity” evoked, the projected sense of being lost in time and thought nonetheless fosters a strange kind of emotional attachment to the song.

The gem of the album, however, comes at the end. “I Can’t Give Everything Away” is the last song and by far the most tender and memorable in melody and story. The music seems to pull inspiration from the ’70s and ’80s, a throwback to the decades of Bowie’s peaking success. The entire song feels very honest, and while Bowie laments that although he can’t give everything in the lyrics, at least he could give us this last tribute to his work and his life. As a grand finale, the music builds up and slowly falls away at the end, jarring and lasting, and just like Bowie, as he stands laughing at our naive ears “with skull designs upon my shoes.”

With many of the tracks lacking a traditional and addictive hook, Bowie himself is the draw for listening. More so than any of his previous albums, “Blackstar” seems to speak to who he was and how we will remember him, full of surprising quirks, twists and innovative genius. Whether an old Bowie fan or new member of the audience, these songs are worth a listen as they relive Bowie’s glory days and take him out of this world.