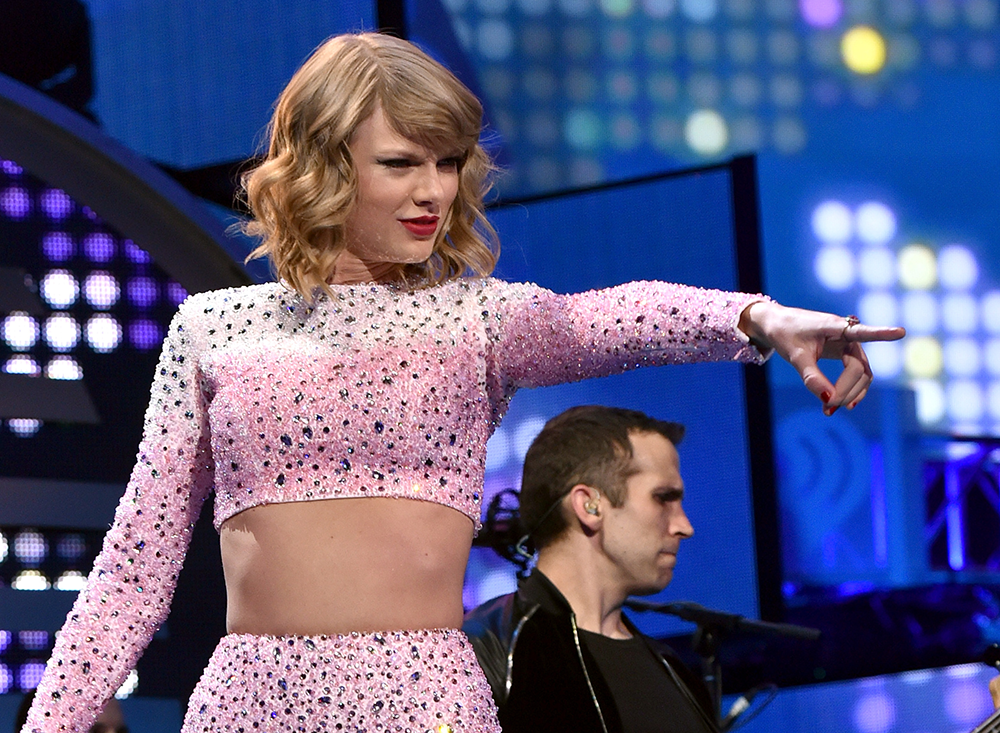 Taylor Swift wants you to know that she’s not selling out.

While her fifth studio album may be a stark departure from her days as country music’s sweetheart, “1989” is less about appealing to the popularity of pop music and more about showing that this new style represents a new Taylor.

With “1989,” Swift is all grown up. She’s no longer crooning about finding her Romeo. She’s no longer writing music for teenage girls pining over unrequited love. The album’s all about Swift, and her successful rise as pop’s princess. Maybe she’s not as relatable as the “You Belong With Me” girl-next-door, but she’s still managed to create an album that combines your new favorite breakup song with songs as memorable as “22.”

It’s hard to find a track that won’t be a top-20 hit: “Shake It Off” has already become this fall’s party anthem, “Blank Space” has climbed to the top of the charts, and aside from one or two ballads, the songs all have upbeat, sing-along-worthy lyrics.

If the album has one weak spot, it may be just how hard it is to tell that you’re listening to Swift at all: her move to the realm of pop music sometimes runs the risk of sounding generic. While “Bad Blood” is, as rumor has it, about a feud between Swift and Katy Perry, some songs — like “How You Get the Girl” and “I Wish You Would” — end up being reminiscent of Perry’s style.

Swift has never been known for revolutionizing genres, and in this album especially, she sounds like she’s taking a few too many cues from her fellow pop stars. “I Know Places” seems like it might be more appropriate on a Lorde album, and “Wildest Dreams” is a lot more Lana Del Rey than “Teardrops on My Guitar.” “Welcome to New York” could be by any other aspiring artist.

But while she may be imitating her peers, she never imitates herself: each song is distinct, both in tone and sound. There are more breathy, sensual tracks like “Wildest Dreams,” and then more retro, dance-worthy and addicting ones, like “Style.” The variety makes it the album you turn to when you get ready in the morning, when you’re at a party or when you’ve just been dumped.

This diversity does not mean the songs are bad, though. In fact, they’re pretty strong and live up to the hype set by all the promotions around the release of “1989.” It’s a great album, and promises to be a lot more successful than efforts of pop competitors, like Perry’s “Roar” or Lady Gaga’s “Artpop.”

The only songs that might not demand obsessive replaying are the ones where Swift relies on her old pattern of dredging up ended romances: “This Love” and “Clean” are the least interesting. In contrast, “Blank Space” is refreshingly honest, self-aware (she acknowledges a “long list of ex-lovers” that might tell you she’s “insane”) and no longer associates relationships with the elusive idea of Prince Charming and fairy tale romance.

It’s not the most daring album in what it does, but what it doesn’t do is more important.

Unlike current reigning pop stars, Swift doesn’t take cues from what’s mainstream: there’s no hip-hop influence, no rap artists filling in for a verse, no song explicitly about partying. She sets herself apart by refusing to play by the rules and still maintaining her good-girl image, now just more mature. There are very few contemporary references, giving her tracks a timelessness usually not afforded to songs in this genre.