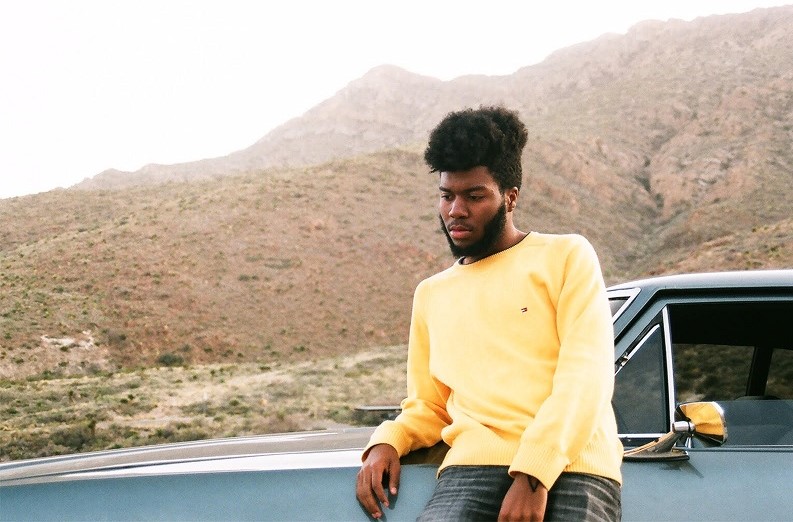 The ordinary coming-of-age narrative common to the albums of seasoned artists finds its way onto “American Teen,” the sharp debut album of 19-year-old soul singer Khalid. His ability to follow up his unanticipated hit “Location” with an act of the same caliber is a testament to the direction his career is taking — one that is set for success.

Released in August 2016, “Location” initially hit airwaves via the free music streaming service SoundCloud, through which Khalid had been steadily releasing singles such as “Stuck on You” and “Saved,” the latter of which is featured on his new album. Soon after, it received the endorsement of Kylie Jenner, who posted a video listening to the song on her Snapchat account.

With its mellow electronic beat and smooth vocals, the song undoubtedly deserves the attention it has received. Its catchy refrain is an introduction to the thematic animus of the album: “Send me your location / Let’s focus on communication / ‘Cause I just need a time and place to come through.” Beyond the humdrum narrative of juvenile freedom that has plagued many a young artist, Khalid’s commentary cuts deep into his generation and speaks to a larger change in the way young people experience love.

This is not to say that the album’s sense of youthfulness should be ignored, much less undermined. The eponymous opening track “American Teen” leads with the lines, “Saying I don’t want to come home tonight / Yeah, and I’m high up, off what? / I don’t even remember / But my friend passed out in the Uber ride.” The syncopated drum-machine beats, coupled with Khalid’s vocals, make for the telling of a casual, almost innocent, story, void of any eccentricity. The ending, which could very well take place around a bonfire with friends, is an acoustic rendering of the chorus — reminiscent of younger years with plenty of free time.

Commitment — the anathema of youth — is presented as a central theme when it comes to love and relationships. In his lyrics, Khalid attempts to strike a balance between the embrace of freedom and the innate search for love. The most telling example of this is the first verse in “Location,” in which he sings, “This is new to me, this is new to you / Initially, I didn’t wanna fall for you / Gather my attention it was all for you, so don’t / Take advantage, don’t leave my heart damaged.” This hesitation, however, is merely the exposition in the plot of romance that Khalid sings about throughout the album.

Khalid’s lyrical talent is more evident when it comes to describing the ecstasy with which love strikes, which he considers an escape from the internal conflict of youth. In “Therapy,” Khalid compares love to a drug, singing “I’m tripping off your love and all the other drugs we taking / Over all the others, you’re the one all over me / I need your therapy, need your therapy.” Irony manifests when Khalid sings “I’m not one for relationships / It’s overrated,” yet struggles with the dependence of his partner: “I’m fiendin’ off you / I’m needin’ you.” The song ends with sweeping synths and voices, reminiscent of a hallucinogenic experience, and a harrowing voice-message recording: “Hey babe, I’m sorry I missed your call. I’m really busy, but I want you to know that I do love you and I do miss you, but I don’t know how things are gonna go. I didn’t think things would end up this way.”

Indeed, many of Khalid’s songs are infused with nuanced commentary on the inextricable role of technology in modern relationships. Its influence in opening avenues of communication has led to a reinvention of human understanding of distance, with lovers now exchanging locations, texting, calling and FaceTiming each other.

Yet the veil of technology can also allow for detachment and avoidance, something that is evident when the voicemail in “Therapy” is promptly deleted. For Khalid, the paradoxical effect of technology also creates new ways of feeling melancholy. In “Saved,” the pain of a break-up is exacerbated through virtual memories: “But I’ll keep your number saved / ‘Cause I hope one day you’ll get the sense to call me / I’m hoping that you’ll say / You’re missing me the way I’m missing you.”

Despite the anecdotal character that anchors many of Khalid’s songs, he also speaks to a generational culture. His usage of the words “we” and “us” throughout the album delves into the shared experience of teenagers and young adults everywhere and adds nuance to the stigma of drugs and debauchery. The commentary does not center on ignoring social norms, but rather on bending them in the interest of freedom and independence.

In his debut album “American Teen,” bedroom pop-soul artist Khalid speaks to the timeless trials of modern love and the search for independence while addressing a young generation’s interaction with technology. In fact, fittingly, the name Khalid originates from the Arabic, meaning “eternal” or “to last forever.” The album is crafted elegantly with atmospheric harmonies, pulsating beats, and melismatic vocals reminiscent of Middle Eastern music. With “American Teen,” Khalid sets a high standard for himself, but his future stretches endlessly before him, full of potential.