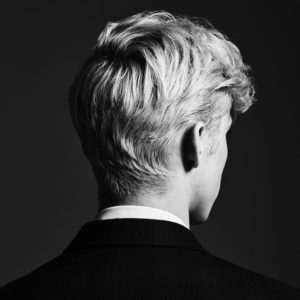 Although the Australian pop star tackles the same relationships and themes as on his previous projects, Troye Sivan’s latest album “Bloom” further cements the singer as a new and diverse voice in an ever-expanding pop scene through its heartfelt storytelling and solid production.

As the songs alternate between upbeat and low-tempo throughout most of the album’s short 37-minute runtime, linear time breaks down and treats each of Sivan’s relationships, past and present, as an integral part of his identity.

“Bloom” is split into two song types: those addressing the sadness of his past breakups and those describing the joy of new romance. This constant juxtaposition throws “Bloom” into constant flux without allowing a solid footing in either thematic space.

Sivan captures the passion of finding a new lover on “My My My,” the lead single and second track on the album. He embodies freedom and fulfillment when he sings on the booming chorus: “I die every night with you / … / Living for your every move.” The confidence in Sivan’s voice and his artistic persona elevate the song, giving it an edge over other love songs with similar messages.

Similarly, “Bloom” and “Seventeen” both take the traditional pop song model of yearning for love and subvert it by making both the lover and the object of this love explicitly male.

While “Seventeen” stays mostly in the realm of gay love, the song “Bloom” especially challenges what role male pop stars occupy by singing about sexual empowerment without giving the impression of dominance over a partner.

Despite the powerful symbolism present in Sivan’s love songs, they sometimes fall into the rut of already-been-done songwriting. The lyrics describing love rely heavily on metaphors that feel overused, helping to highlight the production but hindering the songs’ originality. However, Sivan shines when he does manage to innovate and break away from love cliches.

One successful example of Sivan’s musical exploration is on “Dance to This” featuring Ariana Grande. With simple percussion and both singers coolly and casually serenading each other, the duet does not concern itself with abstract, lofty ideas. Their playful back-and-forth sounds like two friends genuinely wanting to have a good time, and this chemistry plays out excellently in the song — making “Dance to This” one of the most charming songs on the album.

To say that “Bloom” is a cheerful album, though, would discount the fact that every happy moment is accompanied by a melancholy counterpart; the sorrow found in the rest of the songs on the album ends up rendering the joy Sivan feels more meaningful.

This conflict by itself is not revolutionary, but Sivan intertwines the two emotions seamlessly on songs like “Plum,” where cheerful, upbeat claps and percussion accompany deep insecurity about the stability of a relationship.

As he digs deeper into his honest thoughts on the progress and failures of his past relationships, Sivan shares genuine and personal moments of pain, betrayal and regret that engage and challenge their listener. Songs like “Lucky Strike,” “Animal” and “What a Heavenly Way to Die” all grapple with passion and devotion using reverberating voices, desperate pleas and a solemn tone.

“The Good Side” presents an apology for the time he deserted a partner, while “Postcard” struggles with rejection and distance; both serve as confessionals and lay the groundwork for Sivan to make vulnerable, intimate music.

However, despite the importance of Sivan, an openly gay man, reaching bona fide stardom in a traditionally unreceptive pop audience, his success should not imply that pop music does not need more voices that have different experiences than the mainstream.

Sivan himself has denied the title of “gay icon” and instead insists that even more artists should receive a warm welcome into the new pantheon of pop stars who have begun to define this decade’s music history.

“Bloom” is simply one person’s story out of many — thus, the project has the room to be Sivan’s experience rather than a hopeless attempt to encompass the entire gay experience.

Sivan knows that he has a special opportunity with such a big platform; on “Bloom,” he truly excels when he dodges overused lyrical tropes and gets personal. His latest project makes clear that pain and joy are inseparable and form important parts of his story.