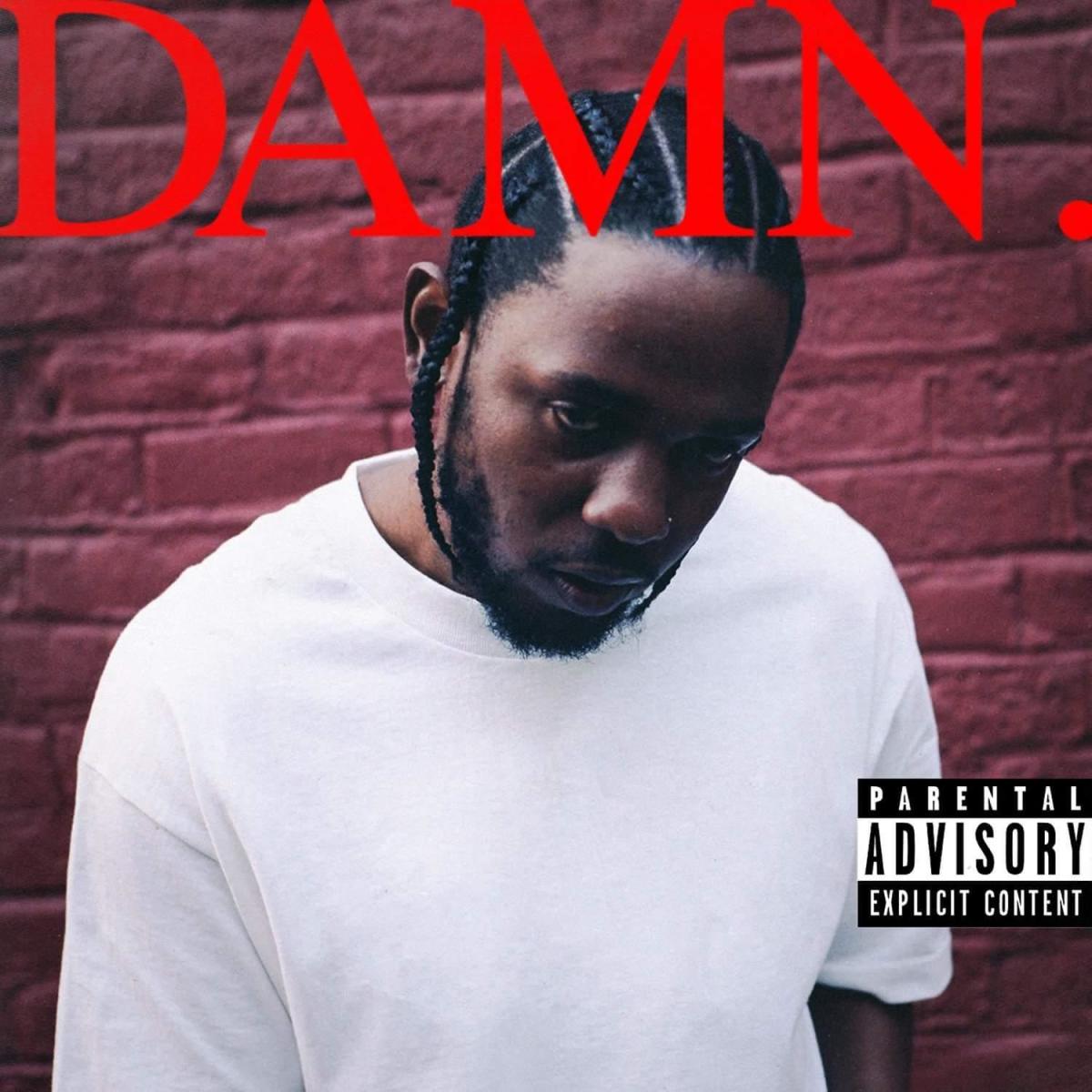 At the end of “Ab-Soul’s Outro,” the penultimate track on Kendrick Lamar’s 2011 debut album “Section.80,” the Compton, Calif. rapper emphatically declared, “I’m not the next pop star / I’m not the next socially aware rapper.” Over the next four years, however, this proclamation would prove quite false: the spectacular “Good Kid, M.A.A.D City” catapulted the then-25-year-old artist to international fame in 2012, and “To Pimp a Butterfly” was a jaw-dropping meditation on what it means to be black in a troubled America in 2015.

On “DAMN.,” Lamar continues to expand on the narrative thread that has run through all four of his albums, trying to determine how to manage his spirituality, fear and insecurities in light of hip-hop superstardom. It is a life of contradictions, and “DAMN.” vividly reflects the battles raging inside his soul: between pride and humility, love and lust, wicked and weakness and more.

In many ways, this is his darkest and most self-isolated album to date. “Ain’t nobody prayin’ for me” is a phrase that appears throughout the album, and Lamar — never one to shy away from expressing his vulnerabilities — does not hold back. “I feel like I’m losin’ my patience / I feel like my thoughts in the basement,” he raps on “FEEL.” At times, it seems as though Lamar feels his self-sacrifice and fight for social justice have all been for nothing; on “PRIDE.,” he laments that “Promises are broken and more resentment come alive /Race barriers make inferior of you and I.”

Sonically, “DAMN.” is a radical departure from anything Lamar has taken on before. Rather than delve further into the jazz-fusion genre, or move into an entirely new realm of experimental production, the album largely fits within a more commercial, mainstream soundscape — a fact that certainly helped it quickly become Lamar’s fastest selling album, retailing a staggering 603,000 total units in its first week and giving him his third No. 1 on the Billboard charts.

Lamar enlists surefire hit-maker DJ Dahi and pop empress Rihanna on the infinitely catchy “LOYALTY.” “LOVE.,” featuring an ethereal hook from singer Zacari reminiscent of rhythm and blues singer The Weeknd, is his most heartfelt, radio-friendly ballad to date. Album standout “HUMBLE.” is sitting at No. 1 on the Hot 100, and with good reason: over a bouncy, Mike WiLL Made-It produced instrumental, Lamar gleefully asserts his dominance over the rap world while imploring his rivals to “sit down; be humble.”

As good as “HUMBLE.” may be, though, it is not Lamar’s best collaboration on the project. Rather, that title belongs to standout track “DNA.” Over a bombastic, distorted, Rick James-sampling beat — “Gimme some ganja!” — Lamar unleashes his most aggressive, take-no-prisoners flow since “Backseat Freestyle” from “Good Kid, M.A.A.D City.”  Alternating between extravagant boasts — “sleepin’ in a villa, sippin’ from a Grammy” — and searing self-criticism — “I got dark, I got evil, that rot inside my DNA” — it is by far the album’s most explosive track.

Besides Rihanna and Zacari, the only other feature on “DAMN.” is U2, an unexpected guest artist. Given Lamar’s complex, multifaceted approach to music, it is no surprise that he would want to collaborate with one of the biggest rock bands in history. Still, as always, he flips the script. “XXX.” is essentially two songs in one. The first half, a relentless, vengeful attack on the killer of a friend’s only son, gives way to a scathing indictment of the violent culture that often exists in the United States. “It’s murder on my street, your street, back streets, Wall Street,” Lamar raps. “Is America honest, or do we bask in sin?”

The emotional apex of the album is undoubtedly “FEAR.” The concept of fear — of failure, judgment, loneliness and damnation — is at the heart of the album. Over subdued, blues-sampling production courtesy of The Alchemist, Lamar walks the listener through his two-decadelong journey of anxiety and fear: as a seven-year-old scared of misbehaving and catching a beating from his mother; a 17-year-old worried he would be killed simply walking the streets of Compton; and a 27-year-old increasingly paranoid about his legacy and the pitfalls of fame and fortune. “My biggest fear was being judged,” he reveals. “How they look at me reflect on myself, my family, my city.”

Lamar is and always has been a masterful storyteller, and that skill is on full display in the album’s closer, “DUCKWORTH.” The track serves as a kind of origin story. Anthony from Compton spares Ducky from Chicago’s life during a Kentucky Fried Chicken robbery. Years later, Ducky’s son, revealed to be Kendrick himself, signs to Anthony’s record label, Top Dawg Entertainment, which Lamar belongs to today. It is an incredible tale, and Lamar delivers it with the utmost precision and detail.

After four amazing albums, it is increasingly difficult to regard Lamar as anything other than one of the greatest rappers of all time. His technical skill, artistic vision and constant reinvention, flawlessly executed, set him far apart from his peers. “DAMN.” may not be his most earth-shattering record — that title remains with “To Pimp a Butterfly” — but it is his most impressive. Balancing profound introspection with genuine pop appeal, it is simply a masterpiece.