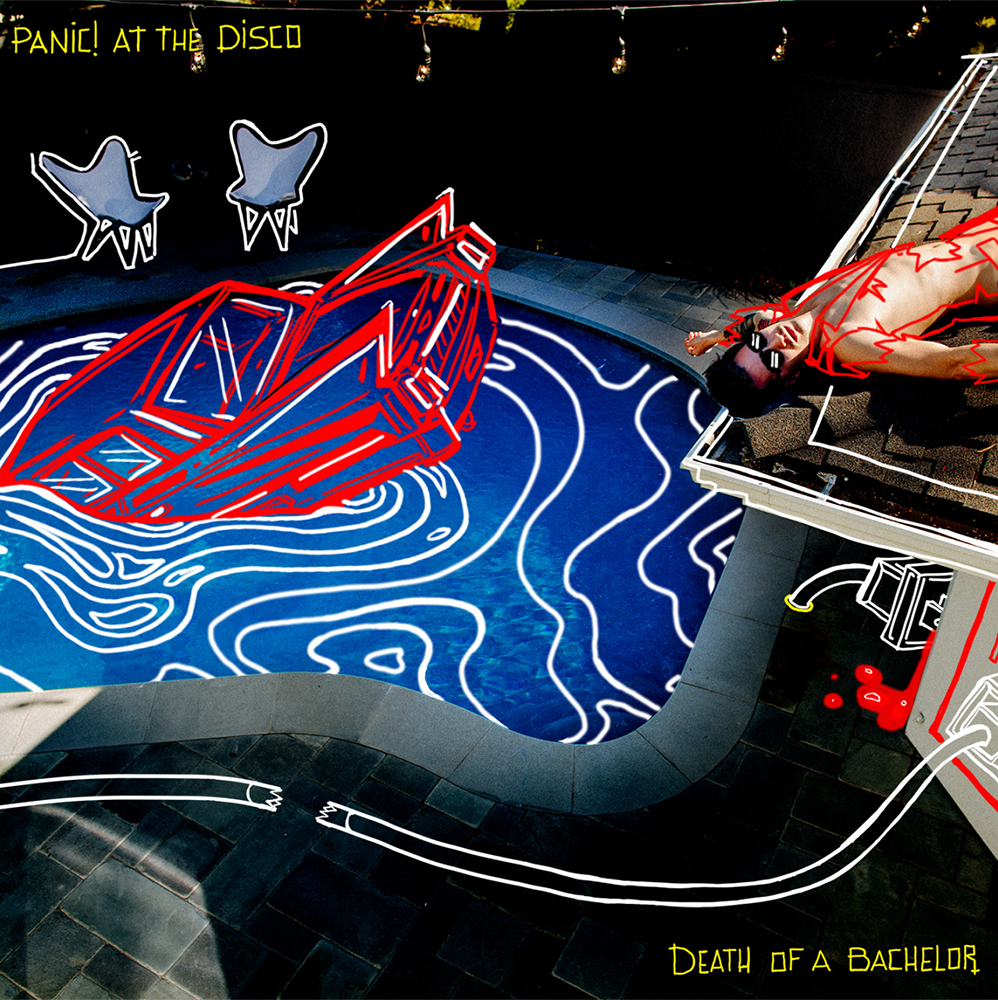 After numerous lineup changes to the pop rock group Panic! At the Disco, the dust has finally settled as lead singer and multi-instrumentalist Brendon Urie remains its sole member. In Urie’s first solo venture, “Death of a Bachelor,” he takes to this new musical independence swimmingly, demonstrating incredible lyricism and a further development of Panic!’s sound.

The album opens with “Victorious,” a rousing track that features the chanting of a female choir, thumping drums and a thrilling electric guitar line. A party-rock anthem with lyrics like “We got to turn up the crazy / Living like a washed-up celebrity,” the song is a probable candidate for radio replays, commercials and sports stadiums.

Next up is “Hallelujah,” a gospel-inspired track with triumphant, swelling horns. As the lead single from the album, “Hallelujah” became Panic!’s first Billboard Top 40 single in nine years – the last being 2005’s “I Write Sins Not Tragedies.” The song is dynamic and fulfilling with uplifting lyrics and smart instrumentation. The next song, “Emperor’s New Clothes,” alluding to the tale of the same name, opens with a harmony of synths, strings and operatic backing vocals. Urie’s voice then soars into a stunning high note before the final chorus, reminding listeners of his supreme vocal ability.

The eponymous “Death of a Bachelor” is an enjoyable melange of different musical influences. It begins with a distorted string intro, then features a prominent bass line and percussive snaps before the vocally acrobatic Urie chooses a slower, tamer croon to sing the tender lyrics. Clearly inspired by Frank Sinatra, Panic! pairs jazzy horns and verses with the more rock ’n’ roll-style chorus and the electronic instrumentals in the bridge, toasting the music of the ’40s while adding a modern twist.

The following song, “Crazy = Genius,” also has more retro inspirations with the quintessential tom-tom rhythms and horns from swing music, while referencing the Beach Boys in the lyrics.

Next in the album is the catchy “LA Devotee,” sure to become another Panic! classic. The heavily layered instrumentation manages to surround the vivid lyrics without overpowering them. In comparison, “Golden Days,” the following track, has fairly stripped-down instrumentals for the band’s standards, as Urie nostalgically creates lavish backstories for figures in old photos: “The decades might’ve washed it out / As the flashes popped like pins.”

The next song, “The Good, the Bad and the Dirty,” begins with an a cappella introduction and the usual thumping bass and synths, with smart, sparing use of horn accents. The penultimate track, “House of Memories,” is a maturation of Panic!’s earlier sound from its debut album, “A Fever You Can’t Sweat Out.” With regretful and heartfelt lyrics like “The lonely moments just get lonelier / The longer you’re in love / Than if you were alone,” Urie bemoans the ending of a relationship.

“Death of a Bachelor” ends with “Impossible Year,” another crooning, Rat Pack-style song that showcases Uri––e’s rich lower register and warm, rolling vibrato. It is a reflective and bittersweet tune that wouldn’t be out of place at a nightclub or cabaret, and all the more moving considering the context of the album.

Inspired by Urie’s wife and his newly married lifestyle, “Death of a Bachelor” can be described as a concept album, with consistent themes throughout. Urie weaves the story of the painful consequences that come after vices and depravities, and the comfort that comes at the expense of a death of a bachelor.

In an interview with Billboard, Urie pointed to Freddie Mercury and Frank Sinatra as his major influences on the album. While he never quite reaches the star power of either, his vocal prowess matches theirs. A consummate singer and performer, Urie possesses phenomenal vocal agility and power as well as a panache that allows him to emulate the swagger of Mercury and the cool of Sinatra.

Indeed, even the album itself demonstrates musical versatility and diversity. Combining the pop-punk debauchery and experimental quirkiness of past albums, the album hops around various genres — typical for Panic! At the Disco. Unfortunately, it doesn’t always quite stick. Some songs, like “Crazy = Genius,” skip from genre to genre at head-spinning rates. The tactic of employing different genres works best when Urie simplifies and sticks to mostly one genre per song.

“Death of a Bachelor” is Panic!’s first album that does not feature former drummer and original member Spencer Smith, who left to receive treatment for alcohol and drug addiction in 2015. For some, the departure of Smith meant the death of Panic! At the Disco. How could one man carry a band? In reality, Panic! has really always been a showcase of Brendon Urie, but now, he is unfettered to create and innovate. An emotive and clever lyricist, he also plays most of the instruments in “Death of a Bachelor.” This latest album proves that Urie is by no means slowing down. In fact, he is accelerating and continuing to push the boundaries of pop and rock. Listeners can, and should, look forward to what will come next from Panic! At the Disco.