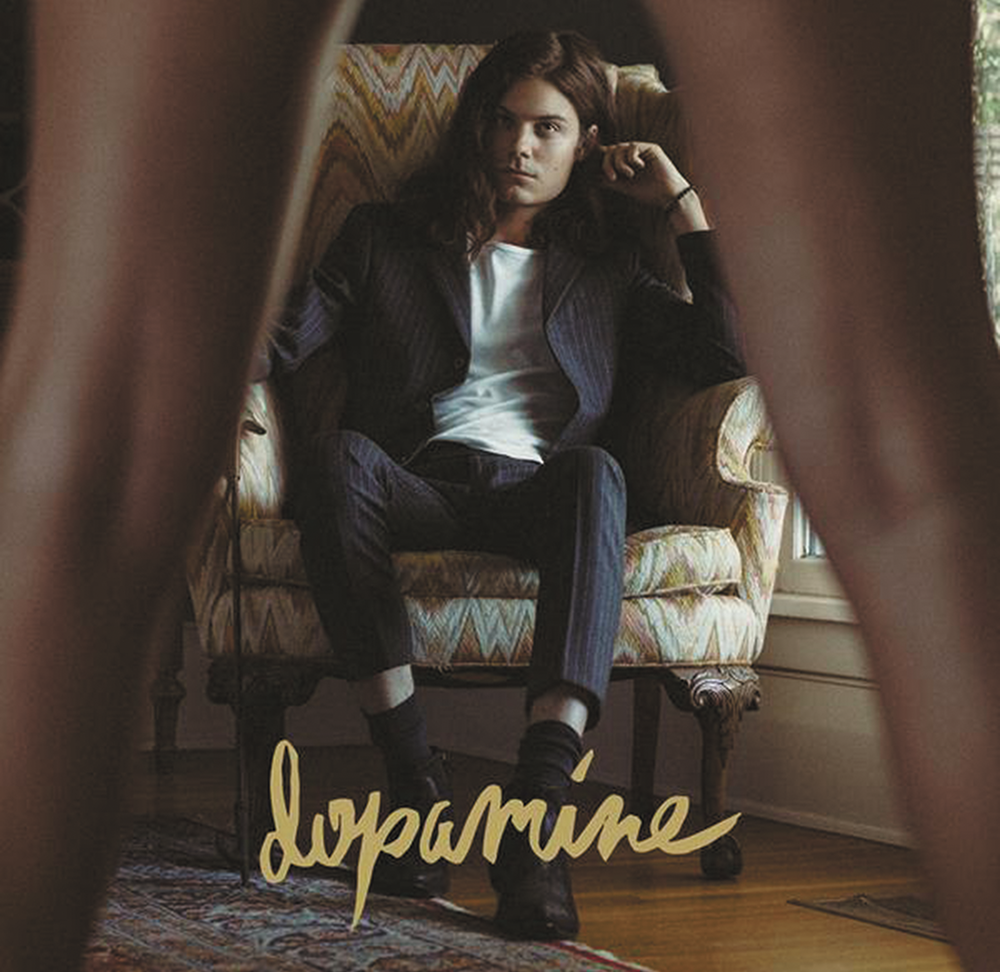 Hot off the media blaze from his November 2014 EP “Candy,” Garrett Borns, better known by his stage name BØRNS, released his debut album “Dopamine” on Oct. 16. With high-profile fans like Taylor Swift promoting his EP, critics and the public alike were clamoring for the new album. While it certainly did not disappoint, many aspects of the album felt rushed, perhaps in the effort to meet the hype.

The album begins with “10,000 Emerald Pools,” one of three singles from “Candy” that were repackaged for “Dopamine.” The bass intro coupled with BØRNS’ harmonies and high falsetto wail set the tone for the album, colored with the same retro vibes that characterize his musical style.

“10,000 Emerald Pools” is followed by the guitar arpeggios that open “Dug My Heart.” Paired with BØRNS’ dreamy croon of “I hope the cracks in the pavement lead back to you, baby,” the harder-hitting drums and bass are a keen production choice that lends the song more grit.

After that is “Electric Love,” the second single from “Candy” that made it onto “Dopamine.” Taylor Swift deemed it “an instant classic” on Twitter, and it was later snatched up by Hulu for a commercial. Indeed, as Swift said, the drum-synth intro and the great guitar riff make the song catchy and instantly recognizable with BØRNS’ signature warble.

The light pop “Electric Love” is succeeded by the darker “American Money,” which features BØRNS’ lower vocal range. The chord progressions are more melancholic as BØRNS sings, “Paradise in your eyes, green like American money / You taste just right, sweet like Tennessee honey.” The song fades out hazily with rolling drums.

The next song, “The Emotion,” is a slow ballad, with soft bass and drums. The guitar arpeggiates through chords while longing, swaying vocals are overlaid atop the instruments. Following is “Holy Ghost,” which picks up the pace with a dynamic bass riff and a cheery, disco tempo. BØRNS plays the part of “a lover in need of confession” while telling a lover, “Baby, you’re my holy ghost.”

“Past Lives” is the seventh track, the last of the repurposed singles from the EP. The song begins with a seemingly a cappella portion of wonderful harmonies before a slight lull springboards into pounding drums and bass. The transition feels disjointed, as if the listener were hearing two separate tracks rather than one single song.

“Clouds,” a sleepy song, follows. The slow-paced track feels influenced by jazz chords and maintains a smoky pace and tone throughout, although the listener may wish it were more dynamic.

The title track of the album, “Dopamine,” is next and opens with synth and disco rhythms. The bass riff is undeniably groovy as BØRNS asks, “Wanna feel that stream of dopamine?” The 10th track is “Overnight Sensation,” which is unique with playful marimbas in the background. The lyrics are similarly flirtatious as BØRNS lauds a lover as an “immaculate creation, overnight sensation.”

The album closes with “Fool,” featuring jangly percussion, folksy clapping and a killer bass line. The upbeat song and soulful backing vocals match well with BØRNS’ lamenting vocal: “got me acting like a fool.”

“Dopamine” continues in much the same vein as BØRNS’ previous work. His eccentric lilting tenor voice complements his psychedelic pop style perfectly. The retro tracks hearken back to the music of the Beach Boys with a modern indie-pop vibe like that of MGMT or Passion Pit. It was a pleasant surprise to see that BØRNS stayed true to his sound; much of the album was the joint effort from BØRNS and his “Candy” producer Tommy English. However, neither shied away from calling in big guns for musical producing: Emile Haynie (Lana del Rey’s “Born to Die”) and Jeff Bhasker (Kanye West’s “My Beautiful Dark Twisted Fantasy”) both contributed.

In fact, the album is very slickly produced, with clever drum samples and complex bass and guitar riffs that never overpower BØRNS’ stunning vocals, which are the star of the album. His voice possesses an immense range and a smooth, strong falsetto that never sounds out of control; he has a sound that easily becomes iconic and is instantly identifiable. The lyrics themselves, already vivid and expressive, seem all the more sincere and emotional when carried by his voice.

Unfortunately, the album is not without its faults. Indeed, “Dopamine” feels rushed and more like a second or third draft of an album rather than the final product. The pacing of the album seems awkward, with similar tracks placed in consecutive order. As a result, some of the songs seem interchangeable or, worse, are forgotten by the listener.

But, given BØRNS’ strong background in the music and the arts (he won a prestigious art scholarship at 13 and was labeled a prodigy), listeners can be certain his creative spark will keep fueling new music. True to its name, “Dopamine” is a satisfying listen, a pleasurable rush of sound. BØRNS’sdebut album is less about his past work in “Candy,” or even his current music, but more a promise of greater things to come.