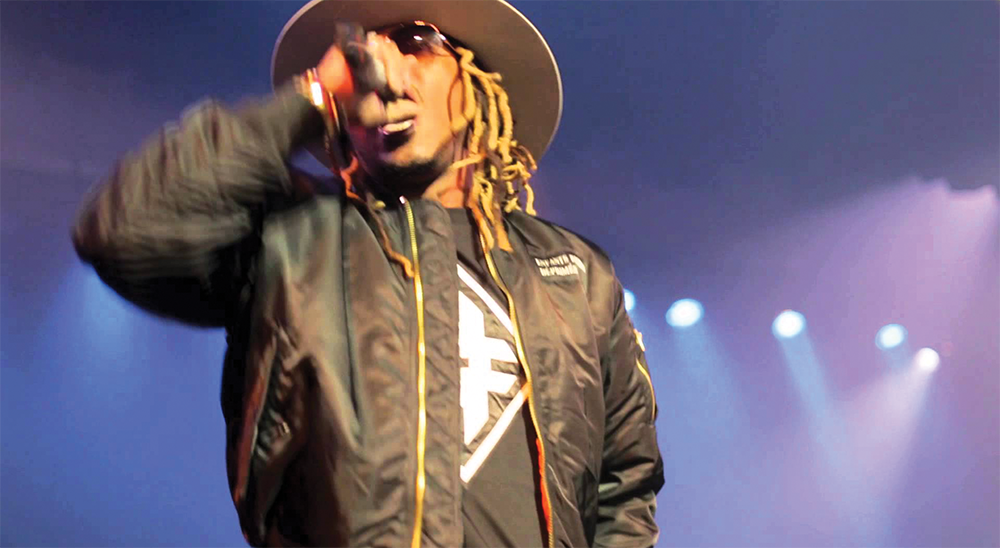 Those who listen to hip-hop artist Future generally fall into two camps: They either love him, or they hate him. Critics cite his style of “mumble rap” and monotony as reasons for their dislike of his music, but many faithful fans simply enjoy the rapper’s music and cannot get enough. Although the Atlanta rapper has proven to be a divisive artist of the genre, among critics, he has also established himself as one of the most prolific, consistent and successful rappers of this century. With 10 projects released in the past three years, Future has never left die-hard fans craving a new drop.

Stylistically, his lyrics contrast the drug-fueled, glorified excess of his trap lifestyle with the painfully self-aware introspection of a man who is hurting. In terms of production, his collaboration with mainstays like Metro Boomin, Zaytoven and 808 Mafia ensures that listeners get the energetic beats they know and love. With no guest features and a stated desire to return to his roots and fans, his self-titled album, “Future,” cements his personal brand and legacy by remaining true to the musical sound that drove him to the top.

The project presents a uniform sound yet remains engaging across the board, adding a collection of hits to the rapper’s already massive career portfolio. With 17 tracks, it is easy to grow tired of similar sounds and styles, but the subtle distinctions and progressions make each song worth hearing in its entirety.

The album opens with a battle cry banger in “Rent Money,” which sets an aggressive, rough tone that continues throughout the album’s narrative. “Good Dope” retains the heavy bass from the first track, but its repetitive content makes it an unmemorable song off the album. In “Zoom,” Future sounds awake and energetic, a return to his standard flow. The track includes an entertaining monologue throwing criticism at his rival, fellow rapper Desiigner, a perfect segue into his upcoming “Nobody Safe” tour with Migos, Kodak Black and Tory Lanez this summer.

With “Draco,” Future mixes his flows and drops some of his greatest lines ever, showing incredible focus and thematic references to Future’s history of courting taken women, recently stirring up drama with singer Ciara and Scottie Pippen’s wife Larsa Pippen. “Super Trapper” deviates from the album’s otherwise-consistent sound, but “POA” is a return to form, with a powerful trap beat by Southside.

In the middle album, “Mask Off” presents a welcome change in pace, with the inclusion of wispy flutes and a slower tempo, creating a relaxing turning point and displaying Future’s intent with this album to drop his facades and show his true self to fans.

This glance past Future’s rough exterior does not last long, as he returns to tales of the often depraved trap lifestyle in “High Demand.” Providing immediate contrast in “Outta Time,” Future raps “Can’t take no vacation / Can’t lose,” showing his desire to stay on top and keep rapidly producing music, fueled by the sensation of running out of time.

“I’m So Groovy” presents a fascinating beat, combined with hums reminiscent of Kid Cudi’s work, and takes a unique look at the power his celebrity grants him, while simultaneously giving listeners a song that is equally fun to hear. Future returns to his introspective, melancholic side in “Might as Well,” as he croons about his dark history of selling crack and “child support getting heavy,” expressing regret over past actions.

Keeping with the album’s pattern of constant dichotomy and contrast, “Poppin’ Tags” is an immediate banger in the form of a textbook stunt rap, a surprising follow-up to the more sorrowful sound of “Might as Well.” The remainder of the tracks are solid but somewhat forgettable, and these tracks leave listeners wondering if the long-winded album would have been better released in a shorter version or as a mixtape. The project ends on the pessimistic “Feds Did a Sweep,” providing a cap to the dual nature of the album yet decidedly shifting its balance in a darker direction.

Overall, the album is Future at his finest. Although not containing anything as raw and emotional as “Codeine Crazy” from 2014’s “Monster” or “Perkys Calling” from 2016’s “Purple Reign,” listeners can catch glimpses into the more complex side of the artist in “Might as Well” and “When I Was Broke.” Classic flows permeate the album and create a very entertaining collection of tracks. Given the length of the album, a number of tracks were unfortunately overshadowed, despite showing potential. With no guest features and a very personal focus, the album highlights an honest attempt by Future to present a holistic view of his character, while refining his sound and message in the process.

Future has carved out a personal niche in the hip-hop genre that he is not poised to lose any time soon, toeing the line between oversaturation and underratedness. With another album, “HNDRXX,” released Thursday, Future fans have been lucky enough to hear two hit projects within the span of two weeks.
“HNDRXX” is an elaboration and extension of the honest, personal nature the rapper has tried to convey to fans on “Future.” Future’s latest additions to his body of work have proved that, although his sound is predictable, his music will continue resonate with listeners, especially with his most loyal fans.