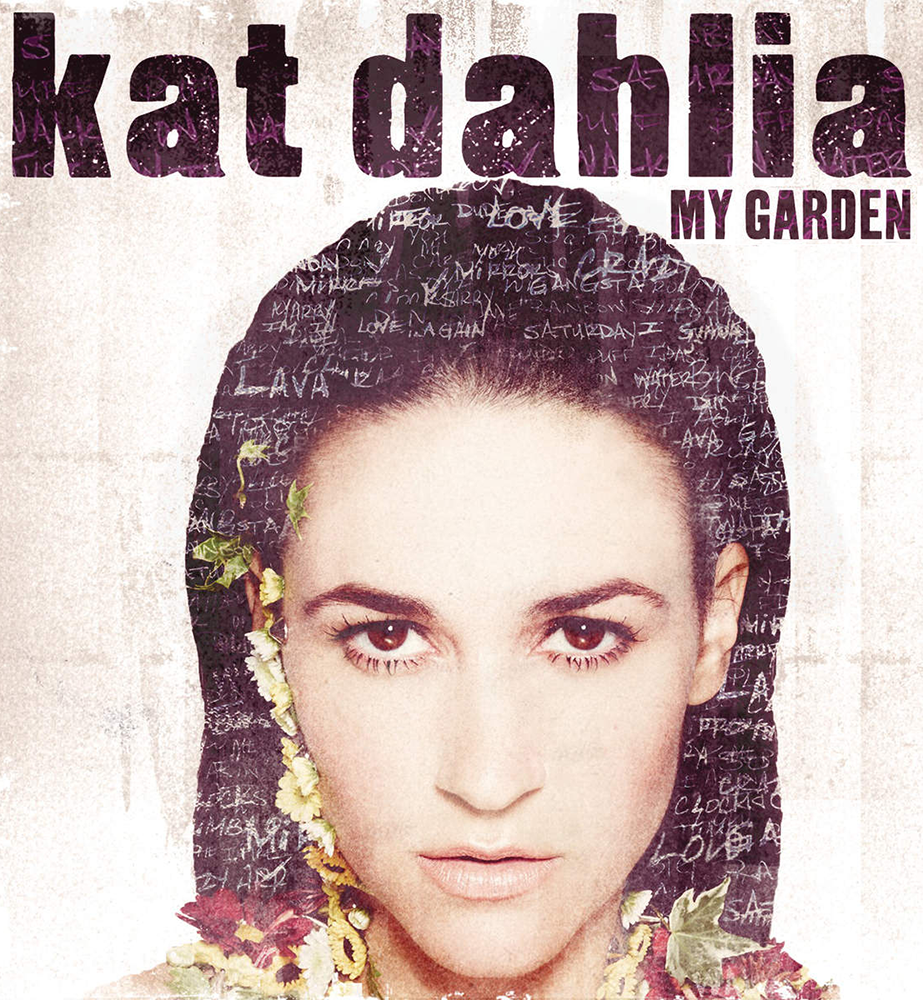 Kat Dahlia’s first studio album “My Garden” is a breathtaking mix of colorful and bitter experiences, a sense of almost otherworldly mysticism hardened against the reality of her lyrics. With the amount of creative talent and thematic depth jam-packed into these tracks, this definitely does not feel like the hesitant, safe play of a debut album. The melodic music and Dahlia’s own voice, an edgy blend of Alanis Morissette and Stevie Nicks, have a powerful strength that feels rooted in the expansive culture of today.

Kat Dahlia is a Cuban-American, and she is not quick to forget the impact that her background as had on her artistic work. This album represents an intermix of identities: a softer form of rap that is double the volume, with its two-fisted lyrics tempered by a sort of dreamy confusion. It is incredibly visual music, full of jagged lines and sharp edges, and yet the songs flow seamlessly into each other from beginning to end.

The album starts off with its namesake, “My Garden,” a knockout song that feels haunting and almost dystopian. While it is sung with aggression, the lyrics are beautiful and expressive, and it is the kind of haunting melody that can be played on repeat without getting old during long study sessions or bus rides. Each new listen brings a new sense of meaning or emotin to the listerner. There are a lot of musical layers within it, but the overall effect is a clean piece that delivers instant gratification with Dahlia’s idiosyncratic voice.

“Saturday Sunday” introduces a new sound that really cannot be described as anything other than a power ballad. Disguised by seemingly mysterious tones, the song, which references Dahlia’s southern-Floridian roots, is simply about partying all night and having to get up for church the next day. There is something playfully defiant about the message of this track that makes it easy to listen to, and every Hoya could benefit from taking heed of her words and putting leisure before work every once in a while.

It’s all fun and games up until “I Think I’m In Love,” a refreshing love song that evokes all the senses and gives full emotional admission in Dahlia’s grainy, spirited way. An addictive track that is reflective of one of her relationships, establishes the album as one that is more than some party album that’ll fade away. Intense and sincere, there are very few people -— especially college students — who won’t be able to connect with every bold word.

There’s very little question, however, that “Lava” is one of the most beautiful songs on the album and possibly beyond the limits of her genre. It’s a melancholy and lyrical track that has surprisingly vivid and provocative imagery like “you show me how to drink you up like gin.” It’s much darker and heavier than any of the other tracks, as it mourns a relationship that is going to end. Despite the subject, it maintains a strange brightness that saves it from falling too out of line with the rest of the album.

While the last song is as good as the rest, it’s the second-to-last song that really makes its mark. “Clocks” is a hardcore punk song with a strange hallucination-like enchantment. It’s almost a backward Cinderella story, with a frantic beat and folkloric, drum-like mantra, clueing in to how the world comes alive after midnight. It evokes memories of climbing the John Carroll statue at night or staying at Tombs until closing, and it makes the reality of those experiences seem grander and significant. Where was this song when finals week rolled around?
It is true that, like a garden can be, this album itself is a piece of modern art. Each different piece can lend itself to a different aspect of life and fill a different space, but, collectively, it all falls together in an explosion of color and life.