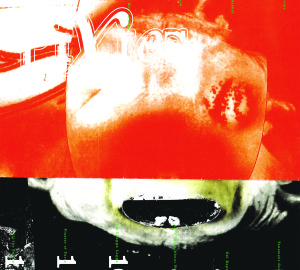 Boston-based alt-rock group, The Pixies, are back with their second album since reuniting in 2004. With the departure of bassist and original member Kim Deal, The Pixies try to recreate the magic of the past in their latest release, “Head Carrier.” Though The Pixies attained the same fame in the United States as they did across the Atlantic, they still managed to cement their legacy in rock history by inspiring a new generation of rock bands, including Nirvana, Weezer, Radiohead and The Strokes.

Gary Smith, producer of The Pixies’ first album, “Come on Pilgrim,” poignantly described the band’s impact on the industry, telling The Irish Independent that they were similar to The Velvet Underground in that “while not a lot of people bought [their] albums, everyone who did started a band.”

“Head Carrier” stays true to the classic sound that fans of The Pixies know and love, but listeners should not be expecting a repeat of “Surfer Rosa” or “Doolittle” when giving the new record a spin. Thirty years after their initial formation in 1986, the band seems to have lost some of the edge and vibrancy that characterized their early work.

Overall, the album stays true to The Pixies’ fondness of drastic dynamics; As lead singer Black Francis once said, “We can play loud or quiet — that’s it.” A mix of lilting melodies in haunting minor keys and the sort of gritty shout singing that helped style Kurt Cobain, “Head Carrier” is a choppy selection that has something for everyone.

The title track is a clear introduction to the album and a reference to St. Denis, the patron saint of Paris typically portrayed carrying his own head. The religious reference is characteristic of the band, whose frontman grew up on Christian rock, while France is a persistent theme throughout the album, perhaps catering to The Pixies’ European following.

“Classic Masher” emerges as the clear star of the album’s first half. The upbeat pop rock tune juxtaposes lead singer Black Francis’ rough vocals with new bassist Paz Lenchantin’s harmonic, softer voice. In a striking contrast, the following track “Baal’s Back” and, to a lesser extent, “Um Chagga Lagga,” offers more of the head-banging punk rock that grates against the feel of the rest of the album.

In “All I Think About Now,” Lenchantin proves that she can hold her own as Deal’s replacement, singing an ode to her predecessor. Having planted the idea for Francis to write a song thanking his former bandmate, Lenchantin croons over a nostalgic guitar riff that will tease fans with notes of The Pixies’ classic “Where is My Mind.” While the new track does not deliver the same level of achievement, the homage to Deal feels sincere and fitting, reconciling their differences after what was a tumultuous relationship.

There is no surfer rock delivered to lighten the mood in the way of Doolittle’s “Here Comes Your Man,” but “Might as Well Be Gone” hints at a more melancholy alternative. Similar to the rest of the album, the melody switches between the downcast hum of a verse to the brighter chorus, perhaps metaphorically expressing a facet of The Pixies’ current outlook — lingering in the past while still forging ahead.
While the album does not feel like The Pixies are pushing boundaries in the way that the band’s earlier incarnations might have, the music is an achievement nonetheless. “Head Carrier” confronts fans of classic rock with a familiar dilemma: How to singularly enjoy a new album without comparing it to their favorite artists’ past masterpieces. In a way, The Pixies do just that: reveling in the nostalgia of their careers while continuing to enjoy making music for their loyal followers and maybe even entertaining a new generation while they are at it.

The Pixies are no longer college dropouts playing out of their drummer’s garage anymore, nor are they reinventing their sound at their 50th birthday parties. They already know what they are doing, and fans will appreciate the continued production of new music at this standard, even if they throw “Surfer Rosa” on the turntable afterward.