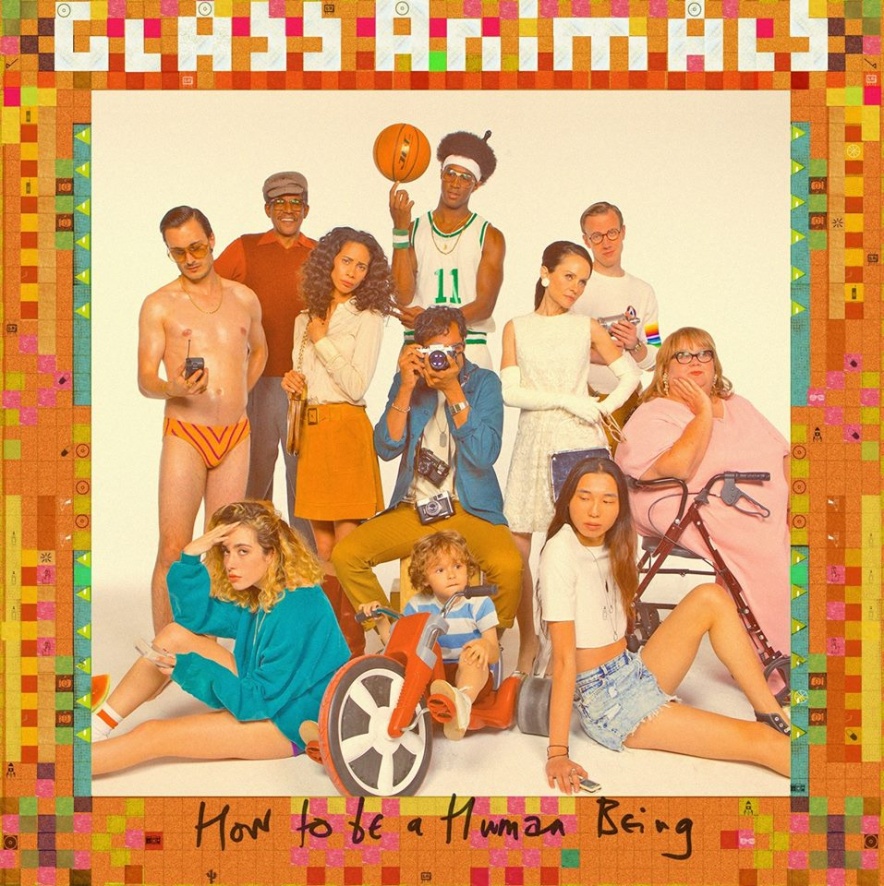 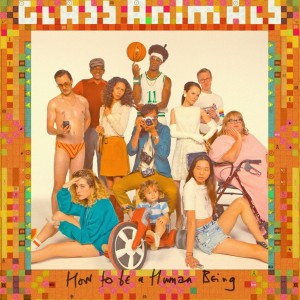 “How to Be a Human Being,” the sophomore album of English indie rock band Glass Animals, is perhaps best described by a line in the album’s third track, “Season 2 Episode 3”: “Sometimes it makes me laugh, sometimes it makes me sad.” Over the course of the past year and a half on tour, band frontman and album producer Dave Bayley has compiled snippets of stories he heard from strangers on tour into a concept album replete with engaging narratives. Each track is told from the perspective of a unique narrator, with the songs finding cohesion in thematic undercurrents, earnest writing and exquisite scoring throughout.

The album contains the originality and groove of 2014’s “Zaba,” the group’s debut album, and extends into more easily relatable material while pushing the boundaries of the genre. With Glass Animals, there is no sign of a sophomore slouch in sight.

Take the album’s opening track and first single, “Life Itself,” for example. Opening with the lush jungle percussion characteristic of “Zaba,” the track evolves into a boisterous, banging tune about a reclusive loner with shaky bravado. Likewise, the slickly produced “Cane Shuga” demonstrates the band’s continued hip-hop influences with clever use of auto-tune and a captivating beat.

Bayley’s ability to distinctly assume different personas in each track while avoiding the pitfalls of forced melodrama is astonishing. The aforementioned “Cane Shuga” is a dialogue between two parties in a relationship failing due to one’s drug addiction with Auto-tune and careful inflection differentiating the two narrators. In “The Other Side of Paradise,” which tells the story of the narrator whose lover deserts her for fame and a new paramour, Bayley adopts a tone that is desperate, angry and pleading. “Take a Slice,” a song featuring a lusty narrator and seductive electric guitar lines, sees Bayley affecting a breathy murmur over loudly aggressive percussion and ringing arpeggios, crooning lyrics like “Gonna go to Pensacola, gonna f— my way through college.”

Sonically, the album highlights the individual skill of each band member. The instrumentals are beautifully layered in a bizarre, sometimes jarring mix of sounds and textures, simultaneously symphonic and cacophonic. Bayley found inspiration in the outside world: using old bins and scrap metal to create the atmospheric hubbub and clamor of a typical city street corner in “Pork Soda,” sampling retro video game sounds reminiscent of Super Mario Bros and PacMan in “Season 2 Episode 3,” and most uniquely, using a sample of an owl’s hoots to create the synth sounds in “Youth.”

The band does not shy away from sampling retro hits either, using the flute trill from the Carpenters’ “Mr. Guder” to devastating effect in “Mama’s Gun.” The song’s narrator, plagued with hallucinations, awakens from a blackout where she may have murdered her husband. The flute line gives the track an additional patina of tragedy over hauntingly distorted instrumentals, recalling the short life of Karen Carpenter.

Not all the songs have as dark a narrative. At times, Bayley’s visually descriptive, non sequitur-filled lyrics are playfully bizarre. “Season 2 Episode 3” is a song about an underachieving, cartoon-watching stoner whose girlfriend “eats mayonnaise from a jar while she’s gettin’ blazed.” Spoken word interlude “[Premade Sandwiches]” is a tongue-in-cheek indictment of our consumerist society, with people standing in line for goods ranging from “weed that’s green tea” to “non-GMO locally sourced quinoa and chia seeds” to “whatever the McF— they might want.”

While the album benefits from such stark highs and lows, “How to Be a Human Being,” as a whole, inhabits the sweet spot between tragedy and comedy, joy and heartbreak. Glass Animals’ incredible lyricism and nuanced writing is on display in “Youth” with themes of misplaced love and false romance, bolstered by the imagery of “dead flowers in the sand” and the lyric “true romantic” juxtaposed with “free-falling love addict” a line later.

Arguably, the most beautiful song on the album is the closer, “Agnes.” Innocent, tinkling chord arpeggios and clinking glass play under lyrics that describe watching a loved one succumb to a drug addiction. The song is warm and mesmerizing, with an incredibly heartrending melody and subtly complex lyrics. The song manages to take everything that is wonderful about the album and condense it into one track.

With recurring themes of diversity and compassion, the aptly titled album is not so much a lesson on how to be human but rather an explication of what it means to be part of the human experience. Compellingly written and deeply nuanced, “How to Be a Human Being” will not just be something you hear — it will be something you feel.