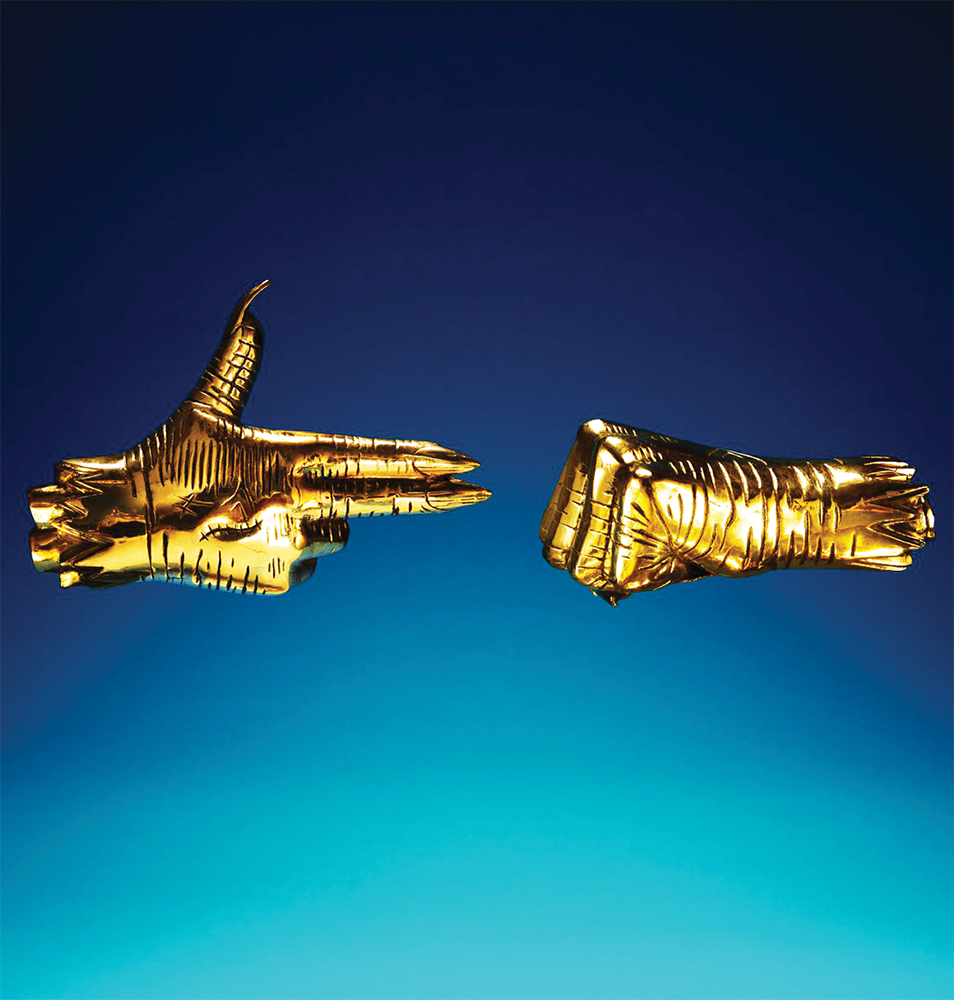 In 2014, El-P and Killer Mike, known together as Run the Jewels, released “Run The Jewels 2.” On this incendiary, hard-nosed project, the acclaimed hip-hop duo envisioned a bleak future for the nation. Tracks like “Lie, Cheat, Steal” and “Angel Duster” took aim at corruption, unjust rulers and racism, blending hostility with biting humor.

Fast-forward three years, and RTJ’s message of resistance and dissent in the face of evil and oppression seems more relevant than ever. If RTJ2 raged against a battle looming in the distance, then the group’s latest album, “Run the Jewels 3,” is a pressing call to arms. Boasting El-P’s best and most bombastic production to date, RTJ3 fuses outrageous, unfiltered boasts with subversive political commentary.

New York’s El-P and Atlanta’s Killer Mike, both 41-years-old, are finally achieving much-deserved worldwide fame after lengthy solo careers. They possess an unrivaled chemistry that has shone through on every RTJ release thus far. On “RTJ3,” rap’s best tag-team is more in-tune than ever before.

Sometimes they finish each other’s sentences; sometimes they come together thematically. On “Thursday in the Danger Room,” bolstered by guest artist Kamasi Washington’s melancholic saxophone, both emcees use their verse to tell a story of loss. El-P reflects on the death of his longtime friend, rapper Camu Tao, while Killer Mike mourns his friend’s violent, senseless death in a fraught urban environment.

“Thursday” is the undoubtedly the group’s most personal track to date, but “RTJ3” has plenty of other pensive highlights. “2100,” featuring a haunting contribution from rapper and producer BOOTS, is, in El-P’s own words in an interview with ‘Rolling Stone,’ “about fear, love and wanting more for all of us.” Released one day after the presidential election, it serves as both a warning and plea to never lose sight of hope. “How long before the hate that we hold leads us to another Holocaust?” Killer Mike asks, before asserting, “You defeat the devil when you hold on to hope.”

That said, “RTJ3” is not all doom and gloom. For much of the album, El-P and Killer Mike gleefully wreak havoc and elevate rap braggadocio to otherworldly levels. Be it the former’s contention that “brave men didn’t die face down in the Vietnam muck so I could not style on you” on “Talk To Me,” the latter’s reminder that “we pitch these rhymes like Smoltz, like Glavine, like Maddux in ‘95” on “Stay Gold,” or any other of the countless quotable bars that span the record, RTJ constantly prove themselves masters of swaggering wordplay.

Just as the duo continues to progress lyrically and thematically, so too does El-P’s innovative production. RTJ’s beats sound like the soundtrack to a science-fiction movie getting punched in the face in an alley: they are dark, brazen and aggressive yet infinitely replayable. Standout track “Hey Kids (Bumaye),” — featuring a mind-melting verse from Danny Brown — bursts with distorted synth, thunderous kicks and distant vocal samples. “Oh Mama” brings together squelching bass and crackling horn hits; the melodic guitar lines laid over “2100” are as emotive as anything said into the microphone.

For RTJ, outlandish gloating and introspection often go hand-in-hand. “2100” leads directly into “Panther Like A Panther (Miracle Mix),” in which Killer Mike describes both his seduction of a “preacher’s wife workin’ ‘fore Sunday service” and his meeting with Sen. Bernie Sanders (I-VT). Mike was an avid supporter of Sanders’s bid for presidency, frequently stumping for him throughout his campaign. The senator even recorded a video introduction for the group’s 2016 Coachella performance in which he praised Mike’s “depth of passion, knowledge and commitment to community.”

“RTJ3” culminates in “A Report to The Shareholders / Kill Your Masters,” which serves as the group’s mission statement. El-P urges listeners to be wary of politicians promising order, noting that, although he and Mike are “not from the same part of town,” they are united in their fear of what may be to come. “You talk clean and bomb hospitals,” he sneers, “so I speak with the foulest mouth possible.”

Killer Mike details his experiences and tribulations as a political activist, rapping, “At the Dem Conven my heart broke apart when I seen them march mommas in,” and lashes out at his detractors. “Probably play the score for the World War,” he laments. Still, he returns to the thread of hope and implacable insubordination that runs through the entirety of RTJ’s discography: “Turn around, see El, and I smile/Hell coming and we got about a mile/until it’s over I remain hostile.”

The last voice heard on “RTJ3” is neither El-P nor Killer Mike, but rather, Zach de la Rocha, the famed rapper and activist best known as the vocalist of Rage Against the Machine. De la Rocha previously collaborated with RTJ on the provocative “Close Your Eyes (And Count To F***)” on “RTJ2,” and he returns to deliver yet another earth-scorching verse. “We ain’t asleep, we rope-a-dope through the flames,” he snarls. For a wary nation on the precipice of change, “RTJ3” is the most timely and relevant rap record in years.