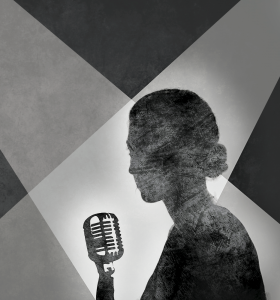 My friends in coed groups, however, are never asked this question. Women are constantly asked to justify themselves, to have some underlying explanation as to why they are the way they are. Why should I have to justify my choice to join an all-female group?

Historically, all-female a cappella groups have been critically viewed as catty, glorified sororities filled with drama and obsessed with appearances. In fact, a Washington Post article from 2010 referred to the Georgetown GraceNotes as “a women’s group” that was known for “wearing short skirts that sometimes barely pass the fingertip test.”

In the article, all of the other Georgetown a cappella groups were evaluated on their musical ability, rather than their appearance. The GraceNotes, as the only all-female a cappella group on Georgetown’s campus at the time, were objectified and described in this article in the same sexist way women are often portrayed.

The more technical critique that all-women’s groups lack the additional lower octave of men results in the age-old argument that all-female arrangements are simply boring. However, there is no way to quantify what makes music enjoyable. There is no study in the world that can prove this critique no matter how technical it sounds. All-female groups have their own unique sound that is just as interesting as that of coed and all-male groups.

Despite the popularity of the blockbuster hit “Pitch Perfect,” female groups still face discrimination. Women in these groups are constantly scrutinized for either being too risque in their performances or too boring in their musical arrangement. This systemic sexism is best displayed in the fact that in the past 12 years, only one all-female group has won the International Championship of Collegiate A Cappella, compared to the five all-male groups that have won.

The Georgetown GraceNotes are not a sorority. We don’t choose our members based on the outfit they are wearing or the way they style their hair. The GraceNotes are a serious musical group that cares just as much about performance as sound.

Alix Welch (COL ’17), a fellow GraceNote, told me, “I love the GraceNotes because there is no better feeling than walking in front of a crowd who is expecting a one-dimensional sound to come from an all-girls group, then prove them to be so seriously wrong. We sing a wide range of genres, from pop songs on the radio and soulful Sam Smith to alternative Edward Sharpe and the Magnetic Zeroes.”

Lizzie Gentry (COL ‘16), another GraceNotes, said, “I love being a part of the GraceNotes most for being able to be surrounded by a group of strong, weird, talented and amazing women. These ladies constantly blow my brains out with their skill and support.”

The Georgetown GraceNotes is a group of dedicated, talented women who have made many of my college experiences meaningful. The Georgetown a cappella community has been supportive of the GraceNotes and has helped the progression of female empowerment at the university.

Tori Forelli is a sophomore in the College.