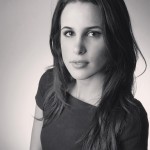 With the divisive presidential election finally over, many people have expressed their concerns of a Republican executive branch combined with a Republican-controlled Congress. Rallies against Donald Trump across the country continue to make headlines alongside the Twitter hashtag #notmypresident. Frustrations continue to rise because former Democratic nominee Hillary Clinton lost despite winning over 1 million more votes than Trump.

However, the reality is that Trump won in the Electoral College with 290 electoral votes over Clinton’s 232. Rejecting this outcome would be even more dangerous than the victory of an alleged demagogue since, ultimately, the world will not end with Trump as president. If anything, this is the beginning of a new chapter. Trump will — and should — be held accountable to his rhetoric, policies and initiatives, as the world’s eyes are upon him more than any other president-elect so early in his administration.

The president-elect has a lot of work to do in reuniting a disheveled and seriously divided Republican party, which is evident from both his and Speaker of the House Paul Ryan’s (R-Wisc.) victory speeches. Yet it is important to not see the election result as an endorsement of sexist comments, racist beliefs, allegations of sexual assault and overall disrespect for others. Trump’s victory can be more easily understood as a stunning repudiation of the establishment.

His victory is an explosive culmination of a populist and polarizing campaign, one that challenged American democracy and its largely unquestioned institutions. In my view, the significance of Trump’s victory as a political outsider was about Clinton, an experienced politician, losing rather than Trump winning.

Clinton was perceived as the poster child of the establishment, having carried out her husband’s legacy as first lady and President Barack Obama’s as secretary of state. She undoubtedly has experience, a fact Trump himself recognized, yet she failed to match Trump’s ability to connect with certain voters. Her loss serves as a reminder that the Democratic Party needs to reconsider how to win back its estranged electoral base — blue-collar working-class voters who felt their own party had failed them.

Pennsylvania and Ohio, both key swing states, went red for the first time since 1988, demonstrating Trump’s appeal to voters eager to reform their existing political reality. Trump’s unfiltered comments in his rallies, paired with promises of sweeping victory and blunt criticism of the political status quo, created an ideal setting for the economic populism that quickly became a nationwide movement.

If anything, Trump’s victory should compel us to fight for causes we believe in. With such an outcry of voices and protest following Trump’s election victory, there is proof enough that his success might usher in an era of more vocal citizens who are not afraid of speaking out. Already there is a massive engagement on social media, with many citizens trying to grapple with not only Trump’s victory, but the potential effect his presidency might have on their lives; there are members of immigrant, LGBTQ, Hispanic and Muslim communities who feel threatened by Trump’s looming presidency.

I hope this anger will not die down. I hope this anger does not have an expiration date, and that it continues to drive change. As Clinton stated in her graceful concession speech, “We need to keep up these fights now and for the rest of our lives.” Hopefully, Trump’s victory will push us to recognize there should be no part-time reactions to an otherwise seemingly full-time anger.

Martha Petrocheilos is a student at the law center. Millennial’s Corner appears every other Tuesday.