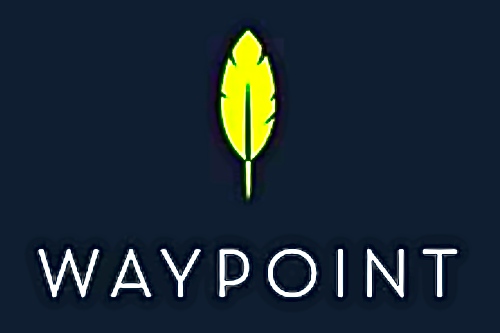 Summe’s idea for the app originated from problems he encountered frequently when he travelled and could not find a way to organize and share his favorite places with his own notes and pictures.

“In Google Maps you can star a place, but then you have stars littering your map all the time, you can’t add your own details or share them,” Summe said. “Then I started bookmarking things in Yelp, but came across similar issues.”

According to Summe, the most appealing aspect of the app is that it fulfills a need other companies have overlooked.

While the app is currently free on the Apple’s app store, Summe has plans to monetize it after he builds a large user base and brand by working with outside services that might users might find useful.

“I could monetize through in-app suggestions for users based on their Waypoints and eventually integrate with itinerary services to help users book trips based on Waypoints they discover in the app,” Summe said.

Summe also said workers in the hospitality industry might find his app useful.

“I also think hotels and concierge services could find value in it by creating verified lists of nearby places that guests can easily explore in the app.”

According to Summe, his experience at Georgetown, where he took a computer science course, helped him to develop the app.

“It was one of my favorite courses and has gotten me interested in programming ever since,” Summe said. “I think Georgetown did a great job of allowing students to pursue their passions, but also kept them exposed to other areas of study.”

Dylan Orshefsky (COL ’17), a computer science major at Georgetown, said the app would be useful if enough people joined it, but that a potential weakness could be building the initial user base.

“A lot of mobile apps like this, where the focus is not so much on selling you the app itself … the test of whether or not it’s going to take off is: Can it get a baseline level of users to the point where it’s no longer sort of having to push the app on you, but it’s all of your friends are using it, so you want to get in on it?” Orshefsky said.

However, Orshefsky thought that the app could be useful even if your circle of friends was not interested in it.

“I’d love to be able to make notes on my GPS,” Orshefsky said. “Google Maps has some features for that, but they aren’t particularly robust; they don’t do much. So I think it’s a good idea, and it’s a question of whether or not as a social sort of tool it was able to catch on.”

Maddie Kaye (COL ’17) said that Waypoint could have been useful to her when she studied abroad at the Georgetown University Villa Le Balze last year in Italy.

“I had a friend who was at the villa the year before me and she gave me a list of all of her recommendations and I found that really helpful,” Kaye said. “It definitely would have been great to just look it up on my phone.”

Kaye had some reservations about the usefulness of the app’s social networking feature.

“Most of my friends aren’t that well-traveled, and I wasn’t at all before going,” Kaye said. “I think it would probably have been helpful among our own group of people abroad, but not that much that I could have gotten out of it ahead of time.”

Summe said he hoped that people were able to find Waypoint valuable in their travels and use it in place of other media.