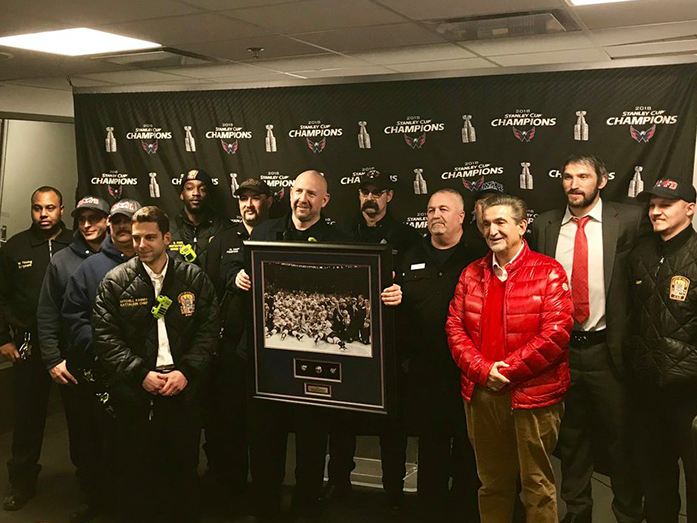 The NHL and MSE, which owns and operates the Washington Capitals, D.C.’s professional ice hockey team, will also each donate $100,000 for a total of $300,000. The proceeds are supplemented by a GoFundMe, launched Feb. 3, and will go toward a half-a-million-dollar fundraiser designed to help the nonprofit organization Friends of Dupont Ice Arena, which operates the rink.

The Fort Dupont Ice Arena, which is located in Ward 7, was set to receive $25 million from the city, according to The Washington Post. However, D.C. Mayor Muriel Bowser (D) asked the D.C. Council to reallocate funds originally intended for the rink to cover emergency repairs at District schools and recreation facilities Jan. 25.

A council vote on the issue was delayed until Feb. 19 as a result of negotiations with the Bowser administration, according to the D.C. Council website.

While fixing facilities issues at public schools is necessary, providing a safe place for low-income students to go to after school is equally vital, according to Jimmy Lynn, a Georgetown adjunct professor in the McDonough School of Business who was a mentee of Leonsis.

“It’s a rundown neighborhood and is pretty dangerous,” Lynn said. “With the help of organizations like the Capitals and the Nationals, though, they become areas where kids and families can go after school and it provides a safe environment. The area becomes an anchor.”

Leonsis’ background serves as an example of why support for community projects should be a priority, according to Lynn.

“Ted grew up in Brooklyn to a family of Greek immigrants and was lost at Georgetown at first but was mentored by a Jesuit Reverend Joseph Durkin and eventually graduated first of his class in 1977,” Lynn said. “He never forgot to give back.”

The Fort Dupont Cannons, the oldest minority hockey club in North America, rent their ice time at the Fort Dupont Ice Arena. The Cannons helped form the NHL’s “Hockey Is for Everyone” initiative in the 1990s with the aim of fostering positive social change.

“The ripple effect of the program, particularly inside the Beltway, is so strong and consistent that the rise of support for this initiative is unsurprising. In hockey, safe and welcoming infrastructure is necessary for providing and expanding programming for our youth,” Davis wrote in an email to The Hoya.

The Fort Dupont skating rink and other communities around the country with similar stories will continue to be funded by the NHL, according to Davis.

The NHL recognizes Leonsis’ involvement in community building and seeks to recognize the diversity of its fanbase, Davis said.

“We are living in a time where people are looking for real, authentic relationships. The Capitals and Ted Leonsis are a great example of doing well and doing good,” Davis wrote. “The Club has worked diligently to cultivate new community partnerships that will build trust and loyalty to their brand over time.”

This article was updated Feb. 13 to correct the relationship between Leonsis and Lynn.