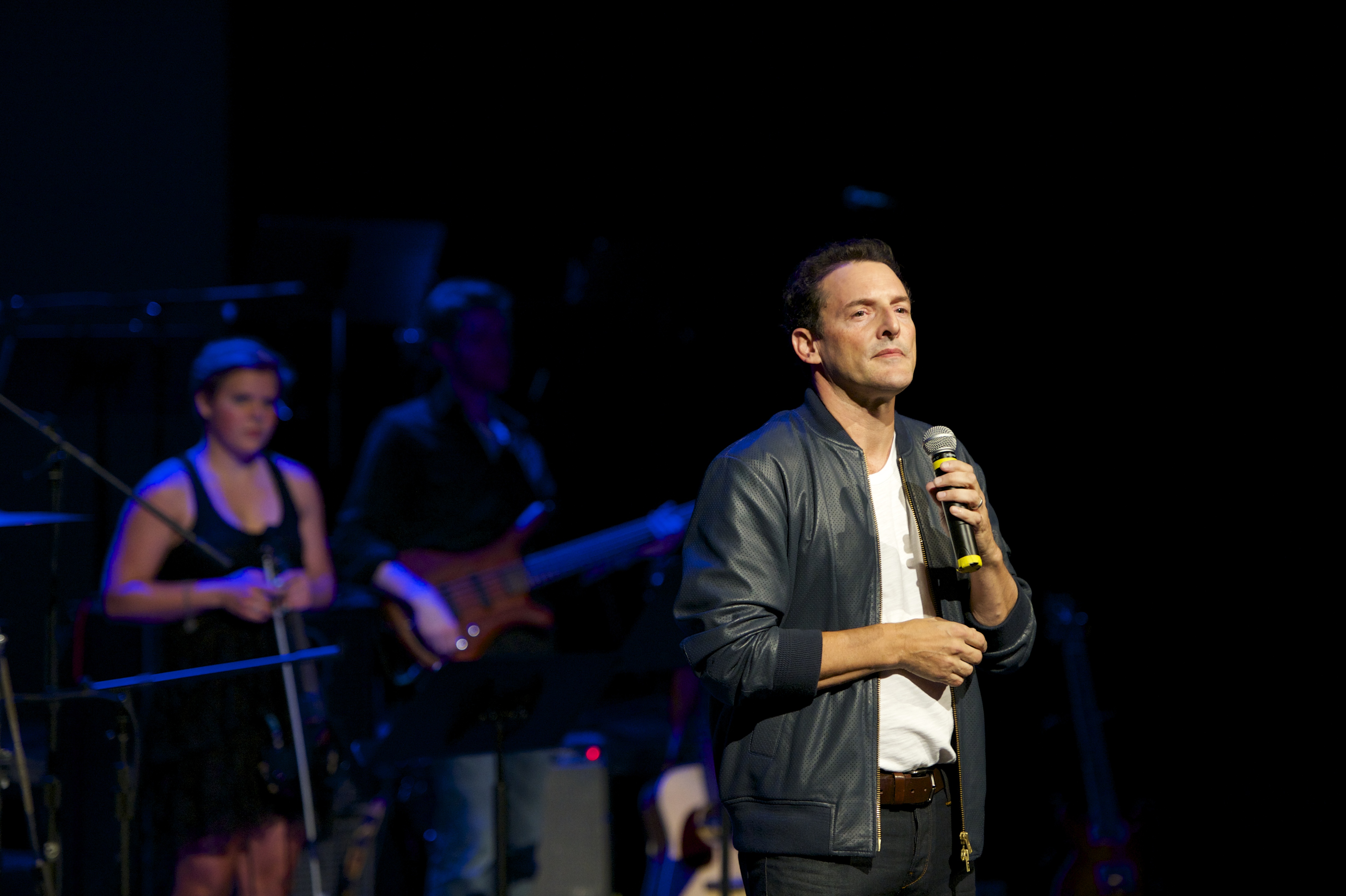 McDonough School of Business alumnus and founder and Chairman of the Georgetown Entertainment and Media Alliance Rich Battista (GSB ’86) was appointed CEO of Time Inc. last week after 25 years of experience in the media industry.

Battista, who currently serves as executive vice president at Time, succeeds former CEO Joe Ripp, who stepped down due to an undisclosed health incident.

Though Battista has only been with the company two years, he has formerly served as CEO of Mandalay Sports Media.

In an interview with The Hoya, Battista said his experience at Georgetown was essential in preparing him for his career in the media.

“I had the good fortune of taking on several leadership roles during my four years, including as vice chairman of the Credit Union and as co-producer of Cabaret,” Battista wrote in an email to The Hoya.

“What made those organizations particularly unique were that they were — and still are —   completely student-led, so I had to lead with minimum oversight and guidance, and that ‘trial by fire’ aspect allowed me at an early age to begin to develop and hone my leadership skills — skills that have been critical in my career success,” Battista wrote.

Since Battista has served on Georgetown’s Board of Regents. Battista said he has maintained such a strong connection to the university because of its institutional values.

“It all starts with my love for and gratitude to Georgetown and my strong belief that it is a unique institution in higher education,” Battista wrote.

“Georgetown’s ethos of educating the whole person really began to resonate with me after I had been out of school for about 10 to 15 years and I saw in my personal and professional experiences how important that ethos is in living a full life — and how truly distinctive that aspect of Georgetown is and thus how important it is to preserve, nurture and sustain,” Battista wrote.

Battista also said he stays involved with Georgetown’s affairs because he wants to be connected to current students.

“In addition, I simply enjoy giving back, mentoring and engaging with today’s Georgetown students and young alumni — their curiosity and their desire to be the best that they can be inspire me and fill me with energy,” Battista wrote.

“I may be biased, but I meet and work with countless young people in the business world and many are very impressive, but there is a depth, a well-roundedness, a work ethic and a level of humility that simply makes Georgetown graduates stand out,” Battista wrote.

McDonough School of Business Interim Dean Rohan Williamson said the university’s alumni network is stronger than ever thanks to alumni like Battista who actively contribute to Georgetown in a number of ways.

“In recent years, we have focused our efforts on our alumni network, and in return, we have seen an outpouring of support for our students,” Williamson wrote in an email to The Hoya. “Some alumni dedicate their time and talent by speaking in classes, mentoring students interested in their industry, or recruiting our students to work at their organization.”

Tucker Cowden (MSB ’16) said he values the mentorship available to undergraduates from both alumni and their peers, especially when it is offered on an interpersonal level.

“I’ve always felt that the mentorship culture of the MSB and Georgetown as a whole in the business world is extremely strong,” Cowden said. “It begins with upperclassmen giving advice to underclassmen and extending to alumni who have never met a particular student being willing to give him or her the time of day in the name of helping another Hoya. This is present across a wide variety of industries and career paths.”

Battista said the greatest challenge he expects is adapting to the rise of digital media, especially with a company like Time, the success of which has been historically grounded in print journalism.

“The media industry is going through major disruption and transformation with the rise of the digital age. Navigating through that change is both challenging and exciting as a company that has historically been in traditional media,” Battista wrote.

“As I learned long ago working for one of the great business minds of our time, Rupert Murdoch, challenge and disruption creates opportunity — we are a company that is embracing this change, seizing the opportunities and transforming into a vibrant, 21st century multi-media enterprise — and that is exciting and fulfilling,” Battista wrote.

In an effort to meet those challenges, Time debuted the free, internet-only People/Entertainment Weekly Network the same day Battista was named as CEO. The network will feature 14 original shows and specials in its first month, including talk shows and live coverage of awards shows.

The initiative is part of a company-wide pivot toward digital media in the face of an ebbing print media market. According to the Pew Research Center, Time Magazine sales fell by nearly half from 2008 to 2014, but subscriptions have stayed remarkably steady.

Barbara Feinman Todd, journalism director and professor of the practice, said that while the journalism program has had to adapt to the rise of digital news, it maintains an emphasis on time-tested reporting skills.

“[T]he digital world has exploded and we are preparing our students for that through our digital-focused classes,” Feinman Todd said. “But we’re also teaching traditional journalistic practices, because all that good stuff like ethics and good writing and solid reporting still matter just as much in a digital world.”

Battista offered two pieces of advice to students aspiring to enter the entertainment and media industry.

“The first is establish a personal narrative — that is, create a credible story that demonstrates why you are so interested in the industry and why you are the right person for the job. For example, if you want to be a TV producer, then take classes in that subject or work for the relevant campus activity or intern at a TV-related company. That will allow you to tell a story that both shows your genuine passion and makes you a more interesting job applicant,” Battista wrote.

Battista’s second piece of advice had to do with the importance of networking courageously and creatively.

“The second is network, network, network. Because media is so competitive, any leg up you can get, you need to take advantage of,” Battista wrote. “You really have to be willing to put yourself out there, put in the time and be extremely resourceful (and sometimes leave your comfort zone) to find, forge and develop industry connections, be it with alumni, a friend’s parent or simply even a cold call to someone you admire in the industry — and volume counts.”

Battista tempered his recommendation with optimistic realism, noting that while not every connection will lead to a future job opportunity, persistence usually prevails in the end.

“If you make 10 connections, nine likely won’t pan out, but one may, so don’t be too discouraged, and keep pushing and believing in yourself – those who are truly passionate usually do,” Battista wrote.