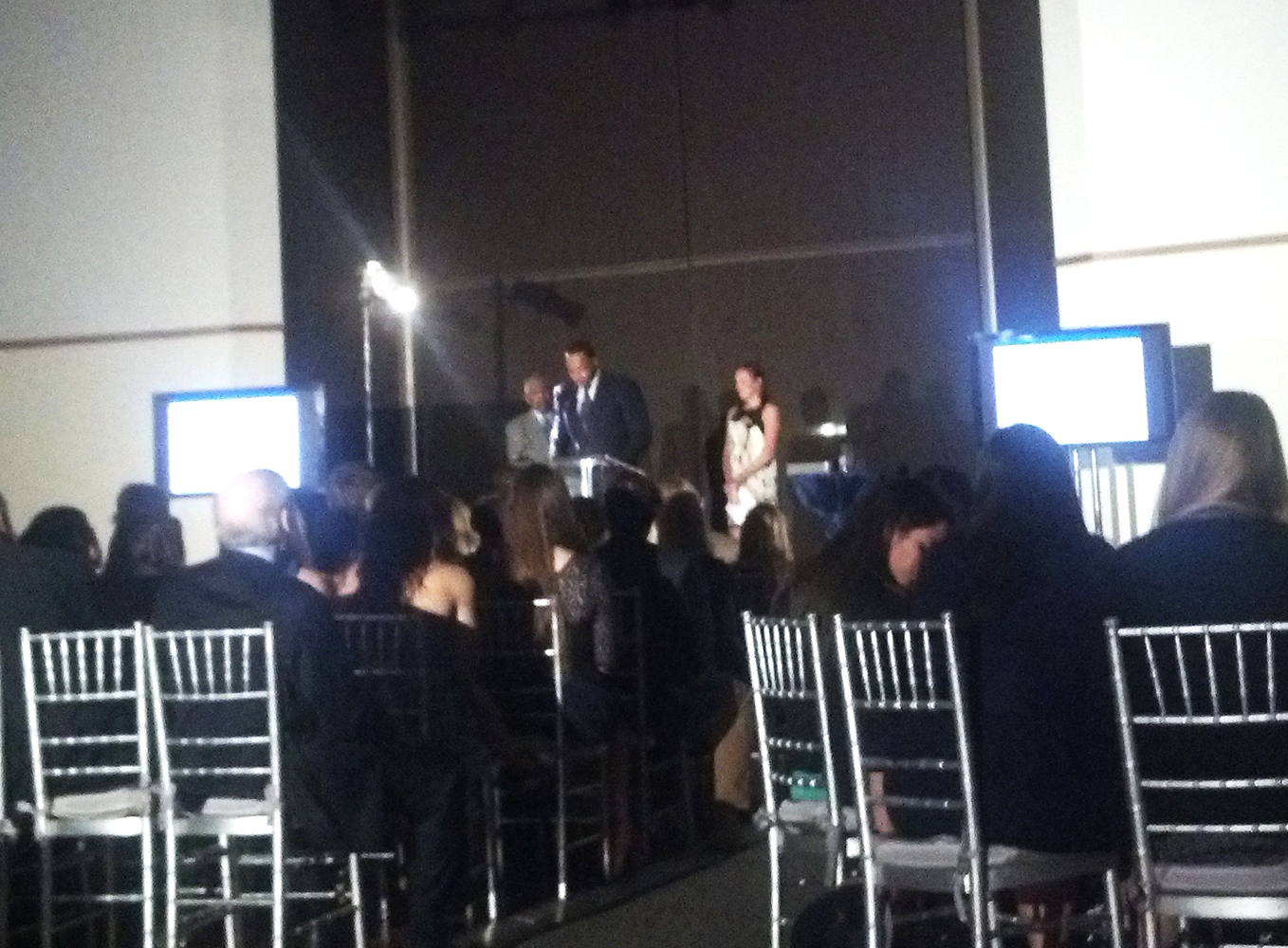 The 28th Annual Athletic Recognition Event was held at O’Donovan Hall this past Friday to honor those in the Georgetown community who have made significant contributions to the university’s athletic programs and those who have represented Georgetown well both on and off the field.

Many current Georgetown coaches, including men’s basketball Head Coach John Thompson III, were in attendance, and Omari Faulkner (COL ’04) hosted the event. Faulkner played basketball at Georgetown and mentioned the great academic strides Georgetown has taken. Last year, athletes recorded a 3.2 cumulative GPA, an all-time high. More impressively, 13 programs were honored for their high progress rates, more than double any other school in the Big East. Last year also marked the fifth straight year that Georgetown topped the Big East in this category.

The first award of the night was the Outstanding Contribution Award, which went to Thomas (COL ’69) and Barbara Napolitano. For decades the couple has provided donations to the basketball program. Most recently, the Napolitanos provided money for the construction of the John R. Thompson Jr. Intercollegiate Athletics Center as well as a new costume for the Hoya mascot.

The other alumnus who received recognition was Mark Kenyon (COL ’74). Kenyon received the J. Gregory Carroll Award for his efforts in raising money for the sailing team.

“Now this is pretty cool. But as tradition is, I can’t make a speech without my sailing hat,” Kenyon said.

Kenyon made remarks about the passion of everyone in the athletic department.

The focus turned to athletes from this past graduating class, with Steve Neumann (MSB ’14) and Emily Menges (COL ’14) winning the Awards for Outstanding Achievement by a Male and Female Athlete, respectively.

In a letter, Neumann, who currently plays for the New England Revolution of Major League Soccer, thanked his parents and coaches.

“My teammates pushed me to be the best player I could [be],” he wrote.

Neumann, a midfielder, was unable to attend as he had a game that night, but the athletic department noted that when Georgetown announced that he won the award, a man from Pittsburgh, whose son is battling cancer, sent a letter to the school telling them what a remarkable young man Neumann is and how appreciative he is for Neumann reaching out to his son and helping him persevere through his battle with cancer.

Similarly to Neumann, Menges, noted how thankful she was for the people who helped her succeed on and off the pitch. Currently with the Portland Thorns FC of the Women’s Soccer League, the goalkeeper said that she considers her six teammates who graduated with her this spring her best friends.

“I always have nothing but incredible memories,” Menges said about her Georgetown experience.

The Outstanding Achievement by a Coach Award went to Pat Conlan, Georgetown’s first and only softball coach. During her nine-year tenure, Conlan has built the Georgetown program from scratch into a major force in the Big East. The softball program was faced with many obstacles, as Conlan started with no office, assistants or players.

“I built a program on old wood,” Conlan joked, referencing a time when her first recruits would talk to her on a picnic table outside of McDonough Arena since she had no office.

Tyler Knarr (COL ’13, GRD ’17) received the final honor of the night, the Robert A. Duffey Scholar-Athlete Award. Knarr, who double majored in government and Arabic, holds several Hoyas lacrosse faceoff records. The former defender said that while he initially came to the Hilltop for the lacrosse program, his opinion changed after experiencing the academic and social environment at Georgetown.

“I discovered the true scope of what this place had to offer me,” Knarr said.

Knarr is continuing his studies in the master’s program at Georgetown.

The night concluded with dancing and food for the athletes and coaches in attendance.