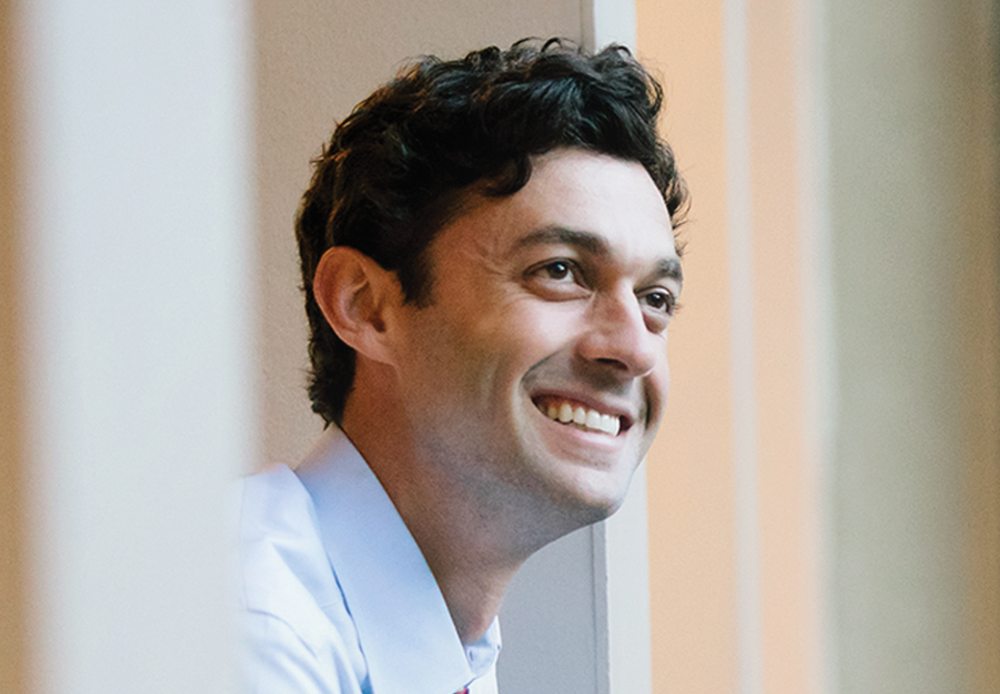 Georgetown University alumnus Jon Ossoff (SFS ’09) is running as a Democrat in Georgia’s special election to fill the 6th Congressional District’s seat in the House of Representatives. Ossoff has come under fire for videos from his time at Georgetown that have resurfaced.

Rep. Tom Price (R-Ga.), who represented Georgia’s 6th District for 12 years, was confirmed as the secretary of the Department of Health and Human Services to President Donald Trump on Feb. 10, leaving his seat in the House of Representatives vacant.

Ossoff is one of the 18 candidates — five Democrats and 13 Republicans — vying for the spot.

The race to replace Price is unique for a few reasons. First, the election is a jungle primary, in which unless a candidate wins by a majority, garnering 50 percent of the votes plus one, the two top candidates enter a runoff.

The first vote is on April 18 and if there is no majority winner, a runoff vote is scheduled for June 20.
Second, Georgia is historically a Republican state and its 6th Congressional District is no exception. The 6th District has not elected a Democrat congressman since 1979, when former Speaker of the House of Representatives Newt Gingrich (R-Ga.) replaced incumbent John Flynt (D-Ga.).

However, in the 2016 presidential election, Trump won the 6th District by only 1 percent of the vote.
With an online pitch to voters titled “Make Trump Furious,” Ossoff, like the other Democrats in the race, is counting on November’s numbers signaling a shift in the district’s voting preferences.

Ossoff’s campaign has received a large amount of media attention from liberals who see his candidacy as part of the anti-Trump resistance. The progressive online community Daily Kos, which helped fund Sen. Elizabeth Warren’s (D-Mass.) bid for Senate, set up a website to receive donations for Ossoff. Through the website, Ossoff’s campaign received more than $800,000 in a week, around double the total amount Daily Kos raised for Warren.

At only 30 years old, Ossoff’s youth is being used to paint Ossoff as young and immature by some. The Congressional Leadership Fund, a super PAC backed by House of Representative GOP leaders, ran an attack advertisement featuring clips from a performance Ossoff gave as a member of the Georgetown Chimes.

In the video, Ossoff sings a parody of Billy Joel’s “Uptown Girl” in Gaston Hall with the Chimes.
“Georgetown girl / You know she’s living in her M Street world / She never tires of her high-class toys,” the Chimes sang.

In other parts of the video, Ossoff is dressed up as Han Solo from “Star Wars.”

The advertisement ends by describing Ossoff as “not honest, not serious, not ready.”

Ossoff spoke to volunteers and supporters at the campaign’s Marietta, Ga. office March 11. He said the campaign’s grassroots growth with over 7,000 volunteer workers is reflective of the current political climate.

“The grassroots momentum that this campaign is building is really extraordinary,” Ossoff said. “It has nothing to do with me. It has everything to do with the times we’re living in and the renewed sense of civic engagement that people across the sixth district are feeling.”

Ossoff said his campaign aims to unite the district and give the people hope during a contentious political time.

“I am doing my best and my team is doing its best to run a different kind of campaign, to run a campaign that approaches all voters with respect and humility, with no prejudice no matter where they are on the political spectrum, no matter who they support,” Ossoff said. “Despite all of the negativity out there, we are doing our best to run a positive campaign that gives people something to believe in.”

Ossoff’s campaign is not the first time this year that Georgia politics have come under the national spotlight.

Rep. John Lewis (D-Ga.) from Georgia’s 5th District was attacked by Trump on Twitter as being “all talk, talk talk — no action or results” for criticizing Trump’s legitimacy as president.

In a Jan. 5 statement endorsing Ossoff, Lewis said Ossoff’s campaign provides an avenue for Democrats looking to rebuild after the 2016 presidential election.

“Jon is committed to progress and justice and he knows how to fight the good fight,” Lewis said. “We should unite behind Jon and send a clear message that Donald Trump doesn’t represent our values.”

The Georgetown Institute of Politics and Public Service is sending a small group of students to Georgia from March 29 to 30 to experience campaigning in a local election. While in Georgia, the students will meet with Ossoff as well as the republican Georgia State Senator Judson Hill. GU Politics Chief of Staff Hanna Hope said the trip builds upon the program’s mission and work on campus.

“This is the kind of experience we are always looking to give Georgetown students, the chance to leave the beltway and see what is politics really like on the ground, how does public service take shape in the real world,” Hope said. “This is an extension of our mission on campus.”