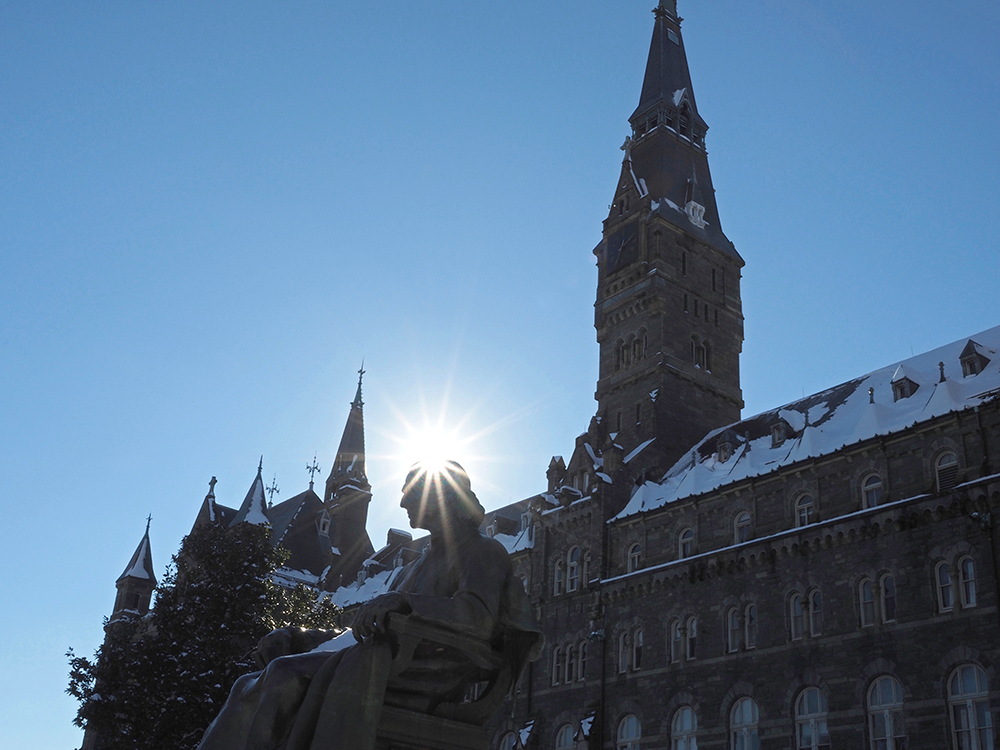 In April, after losing their uncles Javier and Martin Morales to COVID-19 within 24 hours of one another, twin sisters Melanie (COL ’22) and Sheila Cruz-Morales (COL ’22) faced one of the darkest times for their family. Yet, since then, these two activists have found a way to tell their uncles’ stories and expose the flaws in the U.S. health care system.

When Melanie and Sheila realized they could not pay for their uncles’ funerals alone, the family raised over $35,000 on a GoFundMe page to cover the cost of cremation. Eventually, the brothers were returned to their hometown according to their wishes.

For Melanie and Sheila, the deaths of their uncles was preventable.

“I think that one of the goals that me and my sister have cultivated over these past couple of months is to really shine light on the efforts and sacrifices that immigrants go through and just how much we are consistently failed in the system,” Melanie said in an interview with The Hoya.

After the tragedy, the Cruz-Morales sisters worked with The New York Times and Teen Vogue to spread their story.

Javier, the oldest Morales brother, had to seek assistance from three different medical facilities before any doctor would administer a COVID-19 test despite being a documented citizen with health insurance. His younger brother, Martin, who was undocumented and uninsured, was deterred from seeking health care after seeing how his brother had been treated. He died in his New York apartment, according to Teen Vogue.

“We were the ones who stayed on the phone while the paramedics tried to resuscitate my uncle,” Sheila said in an article for Teen Vogue. “We saw everything through windows.”

The Cruz-Morales family was not alone in its struggles to pay for funeral expenses when Javier and Martin died.

Fransico Moya, a New York councilmember, the city where the Morales brothers lived, has proposed that the city establish an emergency fund that would provide assistance to all low-income families, regardless of immigration status, who have lost family members to COVID-19, according to The New York Times.

As of May 28, the rate of infection for Latino people in the United States is almost three times higher than the rate for white people, according to The New York Times. In the New York area, including parts of Connecticut and New Jersey, over 258 Mexican immigrants are known to have died from the virus.

“A lot of people have been able to hear our story and understand what other people are going through and get a better understanding of what corona really is,” Melanie said. “Because yes, it is affecting so many people and there are new cases every day, but there’s such a big population that still doesn’t know anything about it.”

In the fall, the sisters will begin as transfer students at Georgetown, according to Melanie.

“A lot of the times, when times are hard, days are dark, I’ll get a random email from a random Georgetown alumni or a tweet on Twitter from a Georgetown student, and me and my sister feel very grateful and blessed to now be able to be a part of the Hoya community. And it all just feels that this was the school we were meant to be at,” Melanie said.

Since they reached a national audience, Melanie said the wider immigrant community has shown its support for her and her sister, who are both recipients of the Deferred Action for Childhood Arrivals program, an immigration policy that protects undocumented people who were brought to the United States as young children from deportation.

“Coming from an immigrant family, a lot of undocumented people have messaged me saying, ‘My family is being represented through your story and I can connect with it and I feel seen,’” Melanie said. “Things like that reassure me that sharing my story is worth it.”