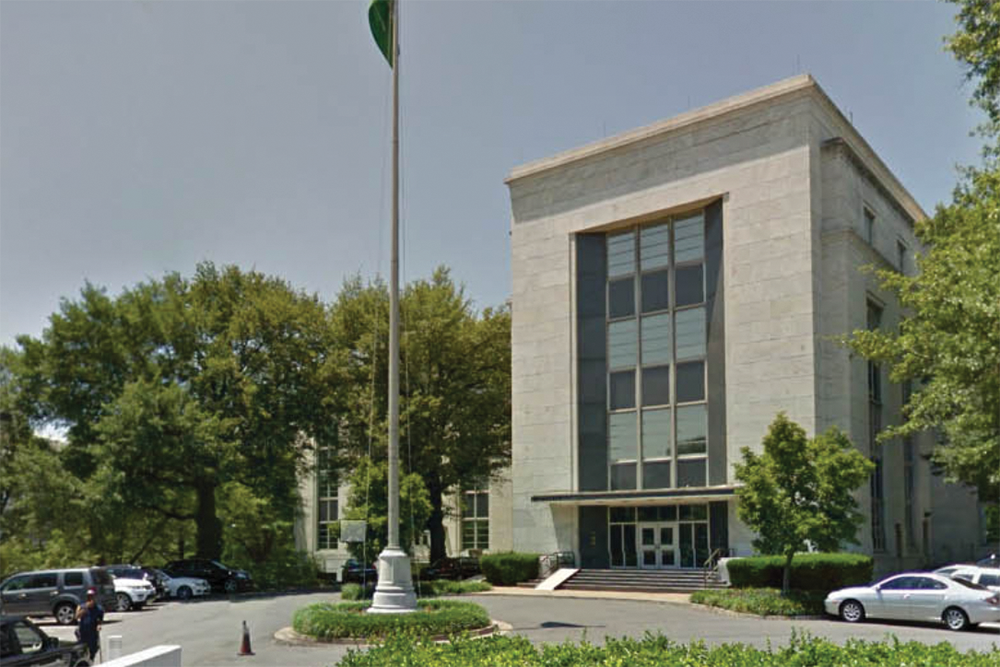 A Washington, D.C. neighborhood advisory commission voted to rename a street outside the Saudi Embassy in honor of journalist Jamal Khashoggi, who was murdered at the Saudi Consulate in Istanbul in October.n

Following the ANC’s vote, the D.C. Council will review the issue for approval. The approval process may occur in January because the end of the D.C Council’s session is at the end of December, Smith said. Current city code only allows public spaces to be named in honor of anyone who has been deceased for more than two years, postponing the street’s renaming.

ANC 2A, which does not usually involve itself in incidents of international significance, wanted to commemorate Khashoggi because he was a D.C. resident. The commission also felt that an appropriate response from President Donald Trump was missing, according to Smith.

“That created a vacuum, and in our system of government, we have different branches, and we felt it was appropriate to say something that reinforced the values we think are part of our heritage,” Smith said, referring to the lack of appropriate response from Trump.

Trump has cast doubt on the veracity of the CIA report and has indicated his willingness to continue cooperating with Crown Prince Mohammed. The crown prince and Saudi Ambassador Khalid bin Salman, who was allegedly also implicated in the CIA report, have both continually denied their involvement in Khashoggi’s murder.

The spokesperson for the Saudi Embassy in D.C. did not respond to requests for comment as of press time.

Councilmember Jack Evans (D-Ward 2), whose ward includes ANC 2A, supports the initiative to rename the street in honor of Khashoggi, according to his communications director, Joe Florio.

Evans will support the resolution even if it takes two years to move forward, Florio said in an interview with The Hoya.

The resolution to rename the street comes in part as a response to a petition launched by Michael Werz, a senior fellow at the Center for American Progress and adjunct professor at Georgetown University, and Gary Schmitt, a resident scholar and director of the Program on American Citizenship and Resident Scholar Strategic Studies at the American Enterprise Institute, a conservative think tank.

“It is important for the Saudi government and its leadership to be reminded, and our American government to assert, that such behavior is unacceptable,” Werz and Schmitt wrote in an opinion piece published in The Hill. “Requiring Saudi officials to come to work every day at ‘Jamal Khashoggi Way’ is one simple way to get this point across in a daily and concrete fashion.”

The petition, which urges Mayor Muriel Bowser (D) and the D.C. Council to allow for a public street in honor of Khashoggi despite current city code, received over 8,100 signatures as of Thursday afternoon.

“Given the principles at stake, we urge Mayor Muriel Bowser and the DC Council to make an exception in this case,” the petition reads.

Before Wednesday night’s vote, Smith shared the proposed resolution with the Committee to Protect Journalists, an nongovernmental organization that promotes freedom of speech and seeks to protect the rights of journalists. The CPJ expressed support for the resolution at Wednesday’s meeting and sought to ensure that ANC 2A’s residents understood its significance, according to CPJ’s Washington Advocacy Manager Michael DeDora.

“It sends a daily reminder to Saudi officials that U.S. residents reject their repressive tactics and strongly support freedom of thought and of the press,” DeDora said in a statement at Wednesday night’s commission meeting. “If the Saudis can get away with the murder of Jamal Khashoggi, then no journalist anywhere is safe.”

Though much of the CPJ’s work focuses on the international arena, protecting free speech on a local level is imperative as well, according to DeDora.

“It’s wonderful that a local government would take such strong action in response to an international incident,” DeDora said in an interview with The Hoya. “It’s also very important that at the local level, United States citizens are able to express themselves and pursue democratic measures to make those expressions heard in the community.”