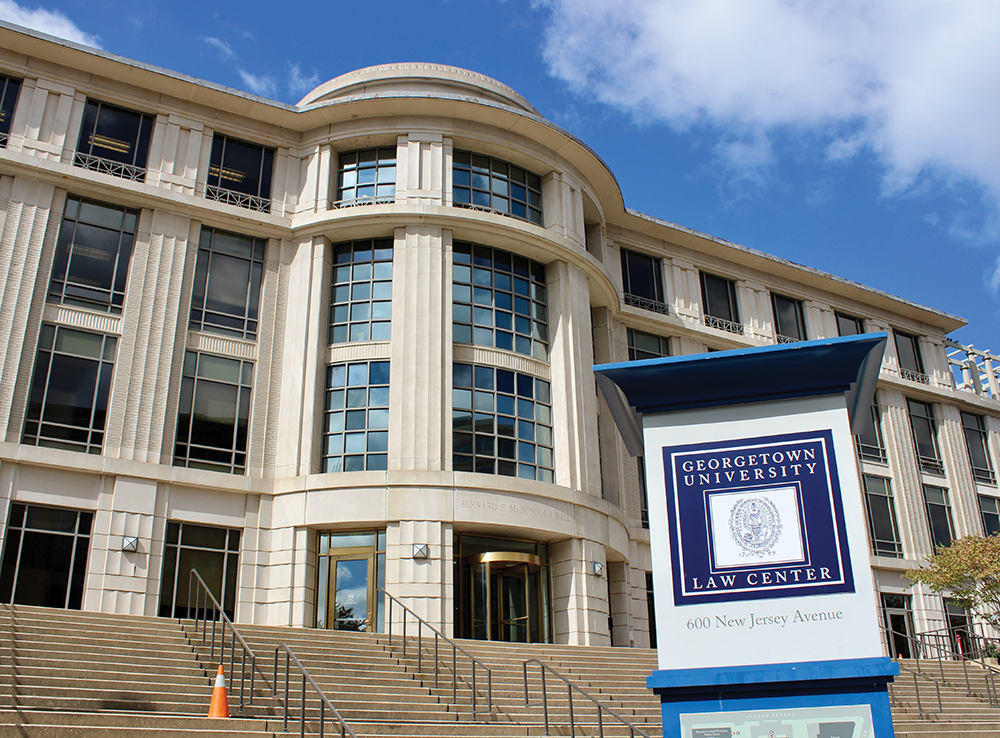 George Mazza, 62-year-old Department of Justice senior counsel, filed a lawsuit against Georgetown University on Feb. 12, raising claims of age discrimination after being denied admission to the doctoral program in theological and religious studies.

Mazza claimed his rejection from the program violates the Age Discrimination Act of 1975 and the D.C. Human Rights Act of 1977, both of which prohibit discrimination from activities and jobs on the grounds of an applicant’s age.

As Georgetown receives federal financial assistance, the university is legally required to adhere to provisions of the ADA and DCHRA.

Mazza applied for Georgetown’s doctoral program in theological and religious studies, an interdisciplinary program created to explore the comparative study of theology and religion, for entrance in fall 2017. Mazza believed that he was denied admission based on his age and not his qualifications, according to the suit filed in the Washington, D.C. District Court.

“Plaintiff Mazza brings this action for declaratory and injunctive relief and damages arising from the Defendant’s refusal to admit him to the doctoral program because of age, notwithstanding his exceptional credentials and qualifications,” the complaint said.

The program offers five years of full funding, including tuition, healthcare coverage and a stipend, according to the program’s website. There are currently 21 students in the program.

When Mazza reached out to admissions for an explanation for his rejection for the program, admissions committee member of the program, professor Peter Phan, allegedly told Mazza that he would not be considered for the position based on his age, according to Mazza’s official complaint.

“No major university would consider [Mazza] for a full-time, tenure-track, position because of this age, and because of that the admissions committee could not justify offering him a position within the doctoral program, despite his qualifications,” Mazza’s complaint said.

Georgetown Graduate Admissions could not be reached for comment at the time of publication.

“The Complaint asks that Mr. Mazza be admitted to the program in the fall of 2018 on the same conditions of all younger candidates, along with compensatory damages, counsel fees and costs,” Mackaronis wrote in an email to the Hoya.

Mazza’s decision to file a lawsuit against Georgetown is not only out of the personal desire to receive fair admission, but also to help ease the stigma against older students.

“Hopefully, the suit will force academia to address, and eliminate, the type of stereotypical age discrimination that infected Georgetown’s admission decision in this matter,” Mackaronis said.

Phan allegedly told Mazza that the University chose a younger candidate for the program, Mazza said.

“Two similarly qualified candidates applied for a tenure-track position, and one was thirty-five and the other sixty-five, the Department would clearly prefer the younger candidate,” Mazza raised in his complaint.

In 2013, a similar lawsuit was brought against the Georgetown by former North Dakota Attorney General Nicholas Spaeth. Claiming age discrimination, Spaeth — then 63 years old —  sued Georgetown and five other universities when he was denied an interview during the 2010-11 faculty member recruitment process.

Spaeth cited violations against the Age Discrimination in Employment Act of 1967, as well as the DCHRA. This suit differs from Mazza’s as Spaeth was applying for a job, while Mazza applied as a student. Spaeth’s lawsuit was eventually dropped, after the claim was deemed to have insufficient supporting evidence. Spaeth later died in March of 2014.

“In April 2016, and again in November 2016, Drs. Leo D. Lefebure and Peter C. Phan encouraged the Plaintiff to apply to the Department’s doctoral program, stating that the course of studies that the Plaintiff was proposing in Christian-Jewish relations was well-suited to the resources and expertise’s of the Department,” the suit said.

Mazza requests the University admit him into the program with full reimbursement for all charges, including lost career opportunities and emotional pain and suffering that he endured, according to the complaint.