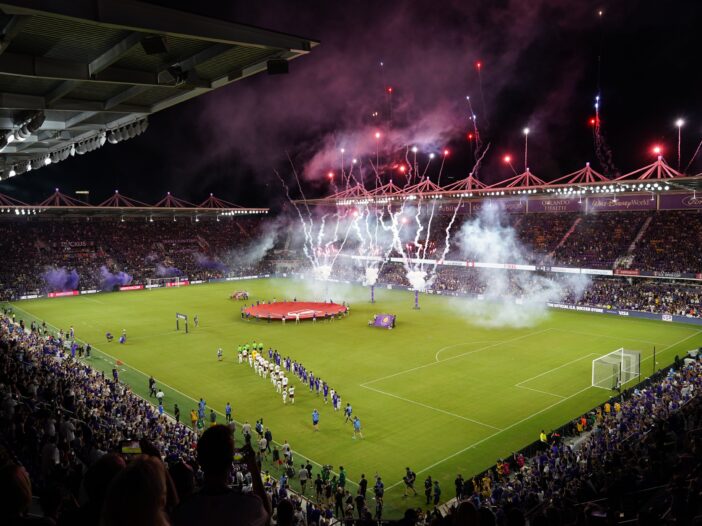 Few things elicit such extreme emotions the way soccer does. The fervor that floods stadiums produces moments of agony and ecstasy every match. This environment of heightened emotion can feel supernatural — it can freeze time, make dreams come true and write stories that will be told for generations to come — yet the beautiful game often rears an ugly head.

The passion displayed in European soccer fan culture is rooted in deeply entrenched rivalries. At times, this passion has resulted in certain groups in society becoming excluded from the game. In a widely reported example from 2021, a Union Berlin fan displayed a Nazi salute towards fans of Maccabi Haifa, an Israeli soccer club.

Many of the famous European rivalries find their origin in events off the field. The longstanding conflict between Ireland and Great Britain manifests in the rivalry between the Catholic Celtic and the Protestant Rangers in Glasgow. These two teams do not need any additional kindling to ignite their fierce rivalry, but there has been plenty of gasoline doused during the 134 years’ worth of matches as they continue to find more reasons to hate each other.

Though rivalries in European soccer run deep, Major League Soccer (MLS) is still growing in the United States, presenting an opportunity to do away with this harmful behavior.

Leander Schaerlaeckens is a soccer journalist and sports communications lecturer at Marist College. He said some fans view the relative infancy of the MLS as an opportunity for a more inclusive league environment.

“While fandom is dialed down from fandom in Europe, South America and really anywhere else in the world, the trade-off is that a lot of the really destructive parts of fandom are not there,” Schaerlaeckens told The Hoya.

Stuart Matthews, director of Proud Seagulls, an LGBTQ+ supporters group for the English Premier League club Brighton & Hove Albion F.C., said the absence of this history has led to a demographic shift in the fanbase toward younger people, who encourage an absence of tribalism and discrimination.

“I am pleased in a way that it is younger people. They have never been to matches with their father and seen the history of violence on the terraces,” Matthews told The Hoya.

For the vast majority of European supporters, following a team is not a hobby; it is a way of life. The ultimate goal of the MLS and its fans should be to recreate this passion without all of the negative associations and ghosts of the past that come with it.

Director of Team Administration at D.C. United Rory Molleda said he believes it can happen.

“It can exist here because we do not have a history of hooliganism in the country and then those young people are typically more progressive and open-minded,” Molleda told The Hoya.

Schaerlackens said this has hindered the occurrence of rivalries, creating an environment of political activism and a safe space for groups who may feel marginalized by the conservative “all-American” nature of the NFL or the MLB.

“Overwhelmingly everyone is liberal and that’s what creates this climate where there’s genuine acceptance and inclusiveness that’s not just there for show,” Schaerlackens said. It’s not uncommon to see Pride flags at professional and national team games in the US.

However, the MLS has seen its share of road bumps, too.

Schaerlaeckens noted that in a crowd setting, MLS fans can still get out of hand and yell offensive things.

“You can’t have that intensity without that tribalism because inevitably one team starts yelling antisemitic or racist things and it’s just the nature of a crowd,” Schaerlaeckens said. “Eventually, a crowd will always do the worst possible thing.”

It is no secret that both the MLS and its fanbase still have much to learn from their European counterparts, but when it comes to creating an accepting environment in the stands, the Americans can pass with flying colors.

Jack Lonergan is a sophomore in the College. Why It Was Special appears online and in print every four weeks.