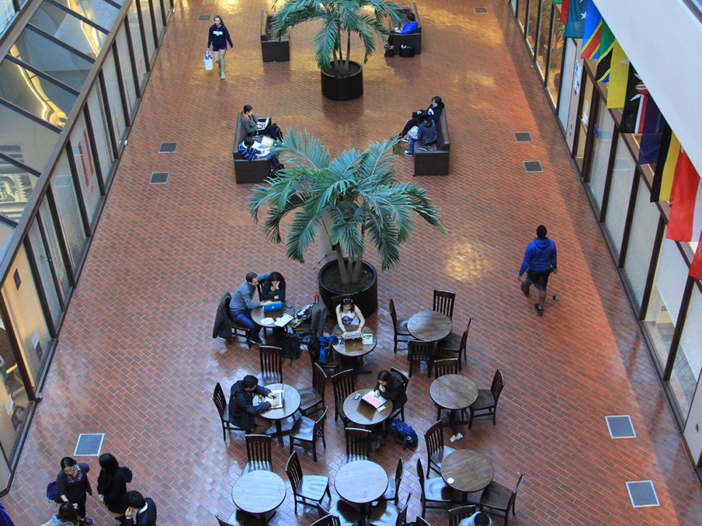 Georgetown University students are calling on the university’s South Asian Society to initiate structural reforms to increase board representation, transparency and inclusivity.

Georgetown University Students 4 South Asia, an unaffiliated student-led campaign, published a petition April 20 calling on the South Asian Society to change the board selection process to be more accessible and representative of the Georgetown community. The petition has garnered over 100 signatures from Georgetown community members as of April 28.

“By actively encouraging greater inclusion of the general body through these key points, we can promote greater representation and facilitate a learning, welcoming environment for all South Asian students at Georgetown University,” the petition reads.

Currently, the SAS board is selected through both a general body vote and interviews conducted by a committee of SAS members, with both processes sharing equal weight. The petition calls for SAS to eliminate board candidate interviews in favor of adhering to a general body vote in line with other cultural clubs on campus to reduce board selection based on personal relationships and increase representation.

Many students involved in drafting the petition have felt culturally excluded while involved with SAS, according to Nirvana Khan (SFS ’24), an active member of the South Asian community at Georgetown and a part of the GUSFSA campaign.

“A couple weeks ago I started getting very frustrated because I’m from Bangladesh, and I felt like I was really missing the Bengali community at Georgetown,” Khan said in a Zoom interview with The Hoya. “I thought that the South Asian Society would fill that void for me, but I don’t feel engaged by them at all.”

SAS programming has historically been India-centric and Hindu-centric, including SAS’s flagship event, Rangila, a philanthropic showcase of South Asian dances, according to Khan.

“I was really surprised that they don’t have a Bengali dance at Rangila. There are 12 dances and not one of them is Bengali,” Khan said. “As a Muslim, I definitely don’t feel super included by the fact that there are often lots of recognition of big Indian holidays like Holi, Diwali, Garba, but no recognition of Ramadan or Eid.”

Alongside their petition for structural reform, GUSFSA’s campaign is collecting and publishing anonymous testimonials about social and cultural issues within SAS. Testimonials reference casteism, anti-Black racism and a lack of accountability around sexual assault.

According to an anonymous testimonial, SAS does not sincerely attempt to understand the complexities and dynamics that affect all of South Asia.

“Coming from eastern India, I see little to no representation of my culture, cuisine, practices, or even the realities of what it means to be from somewhere that is NOT Gujarat or Punjab,” the testimonial reads.

SAS recognizes the concerns the testimonials have raised and plans to work to foster inclusivity through changes within the organization, according to SAS President Nethra Viswanathan (SFS ’22).

“Obviously it was very disheartening to see because we want the South Asian Society to be as inclusive and a home for everybody and make sure that it’s a space where everyone feels comfortable,” Vishwanathan said in a Zoom interview with The Hoya. “We are an imperfect organization, just like every other organization on this campus, and we have tons of work to do in terms of the way that we can be inclusive.”

Following GUSFSA’s advocacy, the SAS board announced reforms in response to the petition during an April 26 town hall aimed at gathering feedback and discussing SAS’s future. The proposed reforms meet some of the petition’s demands, including improved election transparency and greater diversity and representation within the club. However, the board selection process will still require an interview component, according to SAS board members who spoke at the town hall.

The interview prevents board positions from being awarded unfairly and paves a way for minority groups and first-year students to have a more equal chance of being selected, according to Vishwanathan.

“The reason that the interview was created for the SAS board to begin with was because people felt that the general body vote became a popularity contest,” Vishwanathan said at the town hall. “People would vote for their friends, and they wouldn’t reflect on what the community actually wants.”

In response to GUSFA’s criticism, SAS published a new online form for community members to list holidays that are important to them. SAS will use the results to create better cultural representation within the club, according to Vishwanathan.

“I know that there is so much cultural and religious diversity within South Asia, and we need to do a better job of addressing all of it,” Vishwanathan said in a Zoom interview with the Hoya.

Although SAS has yet to initiate all of the petition’s reforms, the town hall and proposed reforms to elections and structure are still signs of progress, according to Khan.

“Overall, I believe that the board is trying to do better. I think this is an important stepping stone to our final destination,” Khan said.