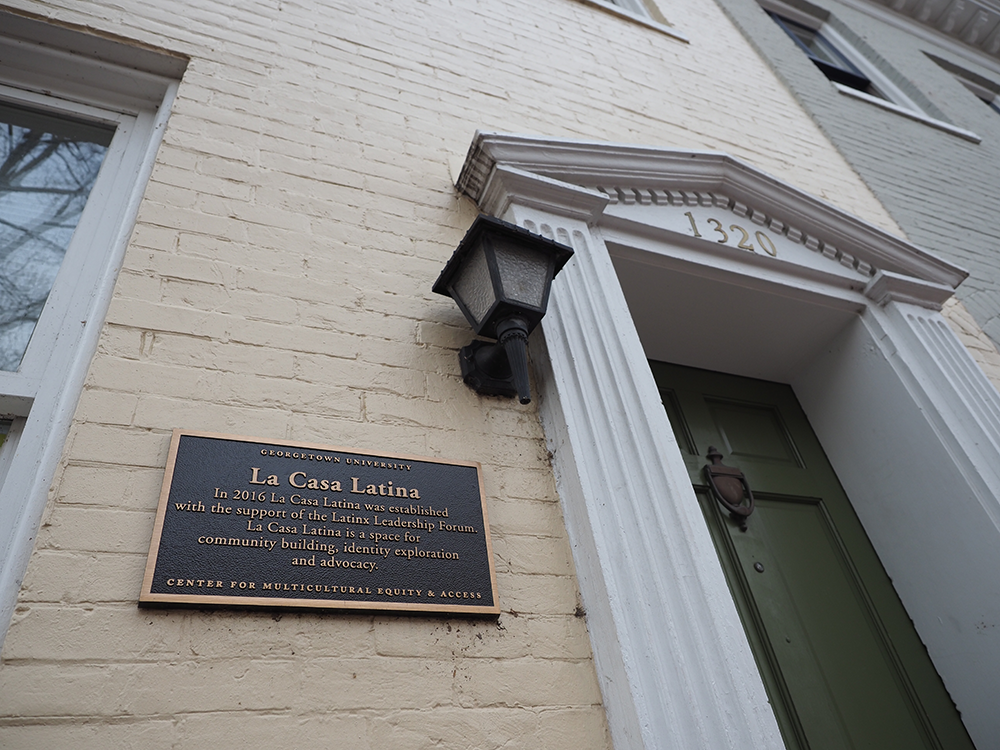 The approval comes after a push from the Asian-Pacific Islander Leadership Forum, who announced Residential Living’s decision in a March 11 Facebook post.

The Asian-American HOME is a space that will serve as a justice-oriented community for students of color at Georgetown and based on the campaigns that led to the creation of the Black House and La Casa Latina, according to the APILF Facebook page.

“The House would serve as a space for dialogues and community events related to Asian America and an affirming space for all students, particularly students of color,” APILF wrote on their website.

Four students will live in the first iteration of this house in the 2019-2020 academic year, with Ester Sihite, the assistant director of diversity education at the Center for Multicultural Equity and Access, serving as the faculty advisor.

The house will be located on Magis Row, one of the Living Learning Communities offered through an application process by the university each year. Students submitted proposals based on a variety of personal and academic interests, and Asian-American HOME is one of nine selected to join Magis Row for the 2019-2020 academic year, according to Ed Gilhool, executive director of residential education.

All three affinity houses, which are each aligned with a cultural identity, share common sentiments regarding improving inclusivity and diversity on Georgetown’s campus. However, the Asian-American HOME differs from Black House and La Casa Latina as the other two affinity houses are owned by the CMEA, Gilhool wrote on behalf of Residential Living.

“Unlike the Black House and Casa Latina, Magis Row houses are reviewed and selected on an annual basis,” Gilhool wrote in an email to The Hoya. “Students may reapply to return for the following year, but placement is not guaranteed.”

Outgoing Georgetown University Student Association President Juan Martinez (SFS ’20), a resident of La Casa Latina, said that Asian-American HOME is not guaranteed year to year in the same way as Black House and La Casa Latina, which have a level of permanence.

“By having this space it will create almost like a safety net and place of understanding for Asian Americans,” Smith wrote in an email to The Hoya. “It is especially important when being a minority in a space like Georgetown because it provides a location that is home like and inviting. It can give a sense of compassion and body in which one can truly feel as if they belong.”

APILF is a forum open to anyone who identifies as Pacific Islander, Asian or Asian-American, including Southwest Asian and Central Asian individuals, according to the APLIF website.

The approval comes among other campaigns launched by APILF, including a February push for an Asian-American Studies department at Georgetown. The student-run photo campaign, which aimed to draw attention to the lack of academic programming on Asian-American studies, was organized in collaboration with the Georgetown Asian-American Student Association’s Political Awareness Committee, an affinity group for Georgetown students of Asian descent.

The existence of affinity houses for Georgetown students is consequential for minority students on campus, according to Kendell Long (COL ’19), a resident of Black House.

“It was nice to have a space where I know I can find people that look like me,” Long wrote in an email to The Hoya. “Having affinity spaces with minority identities are really important at predominantly white institutions like Georgetown.”

Although there are organizations on campus that promote equity, there is something special about living with others that share an identity, according to Long.

“There is some power in seeing people that look like you in leadership positions,” Long said.  “There is power in a physical space.”