This past week, the NFL placed a four-game suspension on free agent quarterback Johnny Manziel under its substance abuse policy. The suspension is the most recent of a series of unfortunate events for Manziel, whose status as a Heisman Trophy winner and first-round draft pick quickly transformed into that of a failed athlete and law-breaking human once he began playing football professionally.

Manziel excelled at Texas A&M, leading the Aggies to an upset win over No. 1 Alabama and winning the coveted Heisman Trophy as a freshman. Cleveland had high hopes for the young athlete when it drafted him first overall in the 2014 NFL Draft. Manziel totaled 1,500 yards in the 2015 season, throwing for seven touchdowns and five interceptions.  The mediocre numbers cast doubt over whether Manziel could live up to the expectations placed upon him. Soon, people did not only doubt that Manziel could play professionally. They knew he could not.

In the end, the party lifestyle Manziel thrived on at A&M turned into missed practices and social media nightmares, landing him in both rehab and a courtroom. In addition to the four-game suspension — despite the fact he is not even currently on a team — Manziel is also being charged with domestic assault for hitting his ex-girlfriend back in January and allegedly bursting one of her eardrums.

Even though Manziel’s particular story is quite unique, he is but one of many NFL players recently suspended on substance abuse charges.  Pittsburgh Steelers wide receiver Martavis Bryant was suspended for a year for possessing marijuana, and the NFL may suspend Cleveland Browns wide receiver Josh Gordon again after a drug test indicating dilute traces of marijuana. Interestingly enough, in the case of Bryant, USA Today reports show that he did not even fail a drug test — he simply did not show up for it.

The NFL has never held back from penalizing players for substance abuse. Especially in comparison to the league’s underwhelming responses to domestic and sexual assault, the way that Commissioner Roger Goodell approaches drug charges seems almost tyrannical. Former Baltimore Ravens running back Ray Rice suffered a two-game suspension after violent videos of Rice assaulting his wife were released online. By contrast, Manziel is being prohibited from playing in four games, which is an opportunity he probably was not going to get anyway. The fact that Bryant may sit for a season just because he did not take a test speaks volumes to how the NFL interprets the harm of drug usage compared to assault.

Based on Manziel’s recent activity, it is highly unlikely that any team will decide to sign him. Unless a franchise prioritizes People magazine appearances over NFL postseason ones, the chances of seeing Manziel on the field next season are slim. This is common knowledge among players, coaches, pundits and fans.

So, one may ask: Why suspend him? In addition to ensuring that the NFL follows the measures outlined its official drug policy, it also does not take much stretch of the imagination to claim that it is also trying to make a statement. The only problem is that the statement does not make much sense. It is not like Goodell needs to show that the NFL treats substance abuse issues seriously, as he has already shown that, time and time again.

Discussing the sense of Goodell’s policies and the NFL’s actions is another story entirely — try explaining how New England Patriots quarterback Tom Brady and Manziel are serving the same exact suspension for such wildly different reasons. However, there are several messages that we can and should take away from Manziel’s suspension.

It has become clear that for Manziel, this is the end. Many argued that his career was over when the Browns released him last season, and this suspension is almost certainly the end of his NFL aspirations. Being suspended for four games is unfortunate for a player when he is on a team, but being suspended for four games when no franchise is willing to touch you with a ten-foot pole? That is humiliating.

ESPN reports that Manziel has stated he will get sober starting on July 1. A source close to Manziel told ESPN that he “says that he’s serious,” but knowing Manziel, vowing not to consume alcohol three days before Fourth of July is not exactly a promising start. 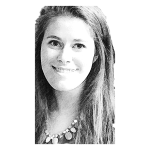