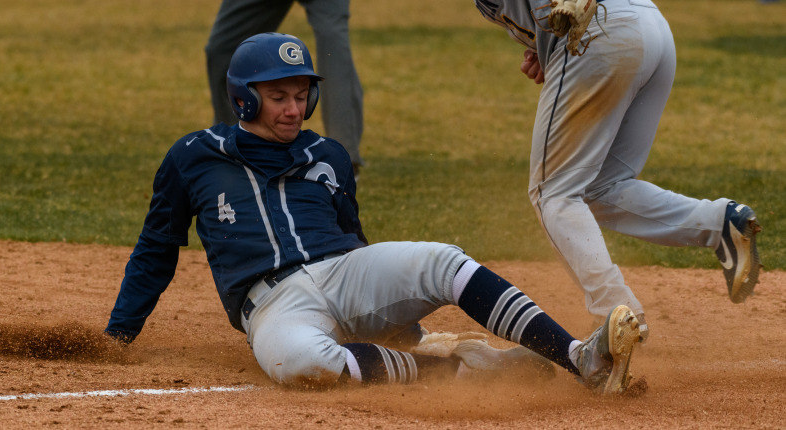 The Georgetown baseball team’s rough start to the season continued at the Snowbird Baseball Classic at South Charlotte Regional Park in Port Charlotte, Fla., last weekend, where the Hoyas played three games over the course of the weekend, winning one and losing two.

The first game of the weekend occurred on the afternoon of Friday, March 9. The Hoyas (3-12-0) played Western Michigan (8-6-0) in a high scoring contest where the Hoyas fell to the Broncos 12-7.

The Hoyas were coming off a win, after besting Western Michigan 9-5 on Wednesday, but they quickly found themselves in a hole by allowing two runs in the top of the first inning. Georgetown battled and even took the lead in the bottom of the fourth, but Western Michigan scored four runs in the seventh to retake the lead for the last time.

Sophomore right-hander Nick Morreale started on the mound for the Hoyas and lasted five innings, allowing four runs while striking out four. On the offensive side, senior catcher Richie O’Reilly was the catalyst for the Hoya offense with three runs batted in.

The Hoyas continued the Snowbird Baseball Classic with two games against the Saint Joseph’s Hawks (4-7-0). The first game started on Saturday, March 11 but did not finish until Sunday because of rain delays. The contest ended in a 4-3 victory for the Hawks.

The Hoyas started freshman left-hander Jacob Grzebinski on the mound, who pitched five innings and allowed only two runs. When the game resumed Sunday, Georgetown started another freshman, right-hander Owen Lamon, who allowed a single run and earned three strikeouts.

Despite the loss, two strong performances from two different freshmen pitchers were positive signs for Georgetown. Entering the bottom of the third, the Hoyas found themselves down 2-0, but they responded with three runs of their own to take a 3-2 lead. After a back-and-forth effort, the Hawks retook the lead in the top of the eighth and clinched the victory.

The key to the Hoyas’ defeat was their struggle to score with men on base, as they left a total of seven on base over the course of the final five innings.

The third game of the weekend saw a rematch with the Hawks. The game was on Sunday after the previous game against Saint Joseph’s. The Hoyas ended the weekend with a 4-1 victory in the rematch.

The Hoyas started sophomore left-hander Brent Killam on the mound, who delivered a strong performance, lasting six innings, allowing one run and striking out five. With a strong start, the Hoyas found themselves ahead by a score of 2-0 after three innings.

In the bottom of the fifth, the Hawks cut the lead in half, but the Hoyas did not surrender any more runs for the remainder of the game. Meanwhile, Georgetown’s offense padded on two more runs in the eighth and ninth to ensure the victory.

On Wednesday, Georgetown hosted Coppin State (1-11-1) for its home opener at Shirley Povich Field. The Hoyas defeated the Golden Eagles 16-9 in a game dominated by offense.

The Hoyas jumped to an early 7-0 lead after two innings, forcing Coppin State’s starter, redshirt sophomore left-hander Daniel Alvarez, out of the game without recording an out in the second inning after giving up four hits and allowing four walks.

Coppin State responded in the third with four runs, but Georgetown immediately answered with two additional runs in the bottom of the inning. Georgetown held Coppin State scoreless from the fourth through the seventh inning while scoring five more runs to bring the score to 14-4.

Coppin State scored four more runs in the eighth as well as one run in the ninth, but Georgetown ultimately prevailed 16-9.

Georgetown remains in D.C. for a four-game series against Princeton (0-7) on Friday Saturday and Sunday. Friday’s matchup is at Shirley Povich Field at 3 p.m. The Hoyas and Tigers are playing a double-header on Saturday, with the first game beginning at 1 p.m. and the second scheduled to start at 4 p.m.  Sunday’s game is scheduled for 1 p.m.