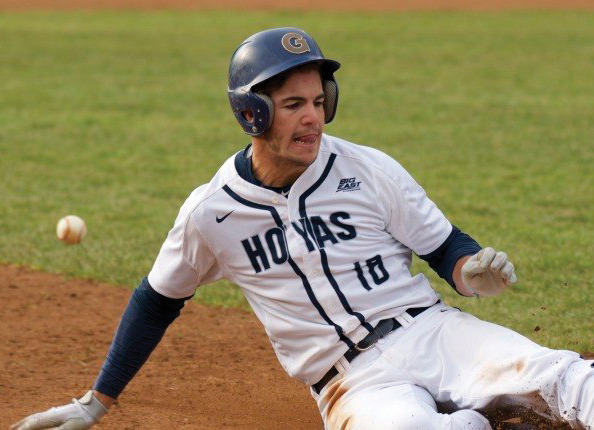 The first game of the new season pit Georgetown (0-3-0) against Wake Forest (2-3-0). The Hoyas fell 7-2 to the Demon Deacons, but senior catcher Sammy Stevens was a bright spot for the Hoyas, going 2-3 with a two-run home run. Sophomore pitcher Nick Morreale made his career start for the Hoyas and turned in five strong innings, striking out five batters.

On Saturday, Georgetown went up against the home team, the Gardner-Webb Runnin’ Bulldogs  (3-1-0), falling 15-1. The Hoyas struggled to generate offense, garnering only three hits throughout the game. Their lone run came courtesy of an RBI double from junior infielder Ryan Weisenberg. Georgetown was down a mere 3-1  entering the top of the fourth, but the Runnin’ Bulldogs opened up the game in the bottom of the frame, scoring eight runs.

In an attempt to get out of the inning, the Hoyas cycled through three different pitchers, but to little avail. Gardner-Webb added four more runs in the fifth, when the game was forced to conclude because of worsening mist.

Georgetown ended its opening weekend with a 2-1 loss to Navy (2-1-0) on Sunday morning. The Hoyas were able to get men on base, but the team failed to capitalize on its scoring opportunities. Senior pitcher Kevin Superko started on the mound for the Hoyas and put in a strong performance over 5 and 2/3 innings before being relieved by sophomore pitcher Brent Killam.

Senior outfielder Austin Shirley led the Hoyas’ offense with three hits and two steals, while freshman infielder Eddie McCabe registered his first career hit in the fourth inning. The Hoyas surged late and were able to score in the top of the eighth as sophomore pinch runner AJ Lotsis ran home on a wild pitch.

In the ninth, the Hoyas were able to get a man in scoring position after Shirley singled with one out and subsequently stole second base. Yet, the Hoyas were unable to bring him home to tie the game.

The Hoyas are set to travel to North Carolina this weekend for another three-game series from Feb. 23-25. All three games are against Davidson, and Georgetown will look to get into a rhythm and move past its early season woes.